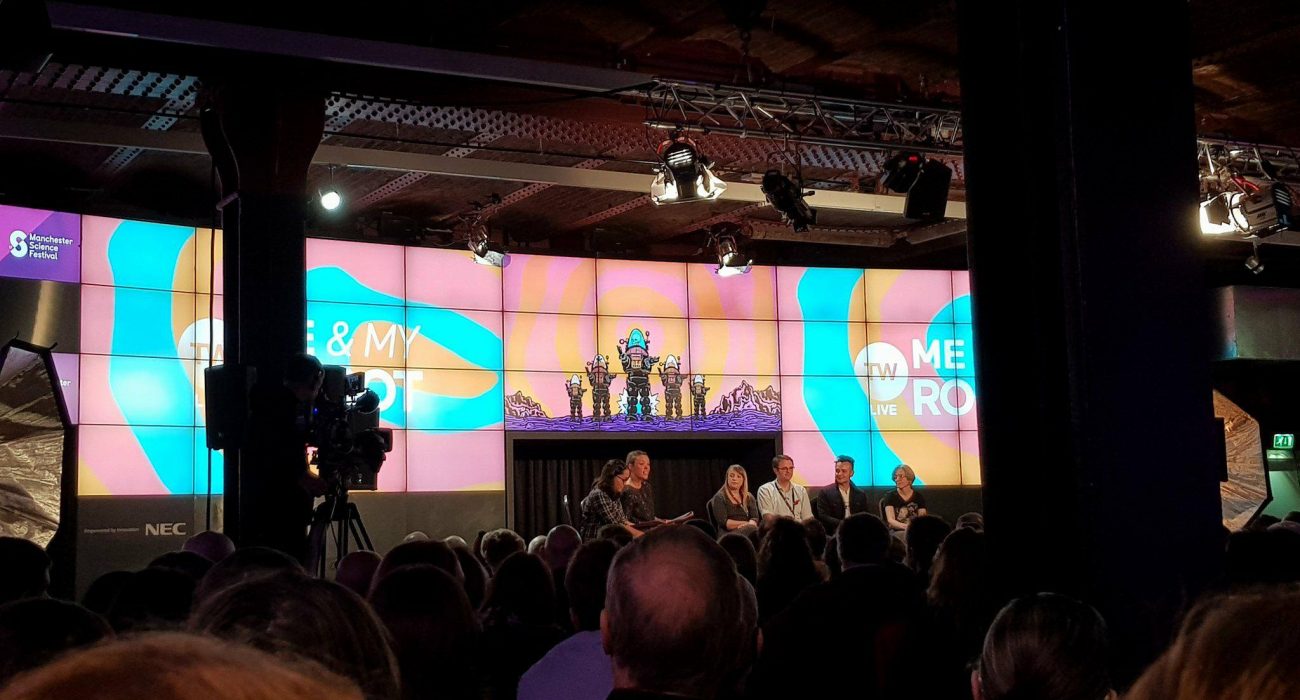 Looking back on the Manchester Science Festival that took place between the 19th and 29th of October, the city’s science enthusiasts were given special insight into the past, present, and future of robotics.

The Mancunion spoke with Professor Barry Lennox, a researcher in the development of robotic systems for nuclear decommissioning, and sent a correspondent to view the live streaming of the BBC’s new programme ‘Tomorrow’s World, Today’, hosted at the Museum of Science and Technology.

In his interview, Prof. Lennox, from the School of Electrical and Electronic Engineering at the University of Manchester, provided us with an overview of his work.

Prof Lennox currently works on creating and developing robotic systems that help to decommission nuclear facilities, a field of work that can prove occupationally and environmentally hazardous, and which involves the “transport, storage, and processing nuclear materials”.

The clean-up of the UK’s “large nuclear legacy” — mostly established during the Cold War as part of the arms race and whose clean-up will extend well into the 22nd century — is a “time-consuming and expensive process which is safe but slow” with extensive safety protocols that protect workers from prolonged radiation exposure.

However, with the increasing accessibility of high-quality electronics, researchers from all over the world have begun to innovate safe, alternative solutions. Prof Lennox described “submersible exploratory robots”.

Able to navigate through 500mm access ports equipped with radars and radiation sensors, these robots allow scientist to not only create a 3D map of the facilities they were exploring but also overlay the maps with corresponding radiation readings, essentially pinpointing sources of contamination for their operators.

Furthermore, downloading this data onto a computer then allows operators to “interact with the 3D-environments using virtual reality goggles” that help them understand how to better decommission facilities with minimum time and cost, all without stepping foot into the facility themselves.

Many of the “off-the-shelf technologies” that are utilised heavily in nuclear decommissioning, from Arduinos, to cameras and virtual reality systems typically used in gaming, have decreased in their costs, meaning that the robots used in these operations are able to be “small and sacrificial” — easily disposable after coming into contact with hazardous materials.

Prof Lennox expresses hope for these robots to considerably “optimise current decommissioning processes to be [as] safe and fast” as possible, hopefully making the UK’s nuclear legacy less difficult a challenge.

In that same vein, robotics was also the main topic of the ‘Tomorrow’s World Live’ event hosted in the Museum of Science and Industry. People were invited to a live streaming of a panel discussion where experts were invited to speak about the consequences of robotics in our future.

The event was part of a BBC series which tackled some of the most prevalent and important issues that scientific innovations aim to solve. The panel included researchers working in the development of robotic systems as well as professors specialising in the ethics and philosophy of robots.

The audience members were given a brief look into how robots, defined loosely as systems able to sense and act upon their physical environment, advanced our understanding of how real-life biological structures work.

For example, modelling robotic companion animals — robot pets — develops our understanding of mammalian brains and our ability to mimic emotional systems in algorithms, and programming many smaller robots can let us understand how group behaviours manifest in swarms of insects or birds.

The guests also discussed how, as robots become integrated into our lives, the independence of our own bodies from robots may one day blur as nanoparticles are already being used to administer medication and robotic prosthetics are becoming more sophisticated.

With this, panellists discussed the social and philosophical implications of robots. Though many agreed that artificial intelligence still lacks flexibility currently, they briefly debated the consequences of a human-like robot on our definition of what it means to be authentically human, conscious, or sentient.

Despite deep ethical considerations, the panel had a generally optimistic outlook for the future: that our society has the ability to regulate the options and opportunities that we create for ourselves in our use of robots, and though we may be forced to re-examine what kind of lives we want to live, we were very much in control of the future.