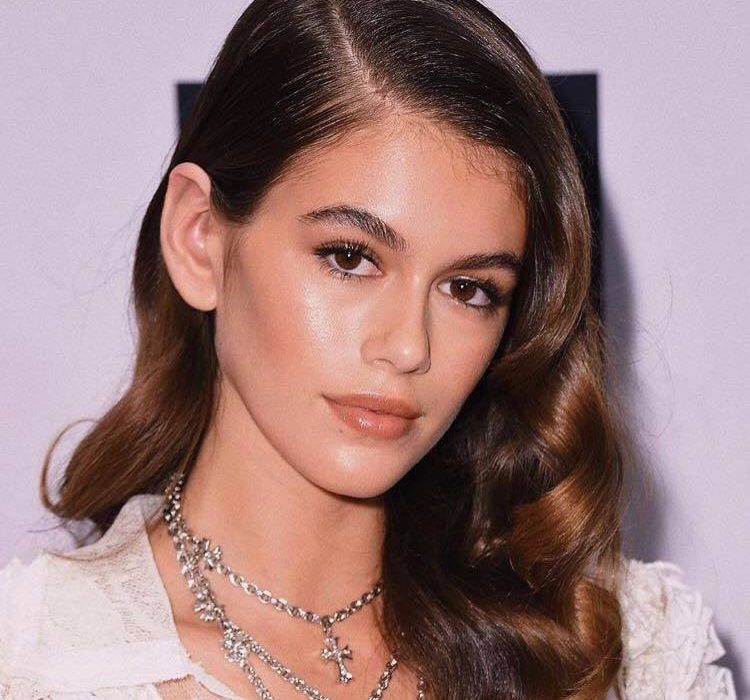 Kaia Gerber is the stunning model daughter of Cindy Crawford and husband, model-turned-business-man, Rande Gerber. It’s no surprise that Gerber is as beautiful as she is given her set of genes. Gerber’s resemblance to her supermodel mother is striking; she has inherited Crawford’s signature full brow, killer bone structure, and tanned skin and, just like her mum before her, is making waves in the fashion industry.

Earlier this month TIME released the list of the top 30 most influential teens in the world, and who should feature but none other than rising supermodel Kaia Gerber? After a run of successful fashion shows and big brand deals, the TIME list is a nod to Gerber’s flourishing career.

Despite being just aged 10 when she secured her first modeling job with Young Versace, this SS18 saw Kaia Gerber take to the runway for her debut season, walking for the likes of Miu Miu, Prada, Saint Laurent, and Alexander Wang. At 13 years old she was signed to IMG models, a whole three years before her mum’s first signing with Elite at aged 16. She then went on to appear on the front of LOVE magazine at just 14 years old. Her first big fashion deal came in 2016 with Alexander Wang in 2016 when she made the face of #WANGSQUAD. Since then her career has gone from strength to strength.

During fashion week she was also given free rein of Vogue’s Instagram page, which saw her document her first experience at fashion week. However, her most show-stopping moment of the latest fashion season saw her hit the catwalk in Milan for Versace’s now iconic show that reunited the original supermodels, including her mum Cindy Crawford. The show paid homage to Gianni Versace and his famous prints; Gerber donned a yellow leopard print two piece suit for her first look and an equally bright yellow and green catsuit embellished with Vogue covers for her second look.

The finale will go down in history for being the biggest and best revival of the supermodels. And what’s more, the show saw mother and daughter walk together, marking the beginning of what is sure to be a long and successful career for Gerber, the young and talented supermodel in the making. Watch this space.