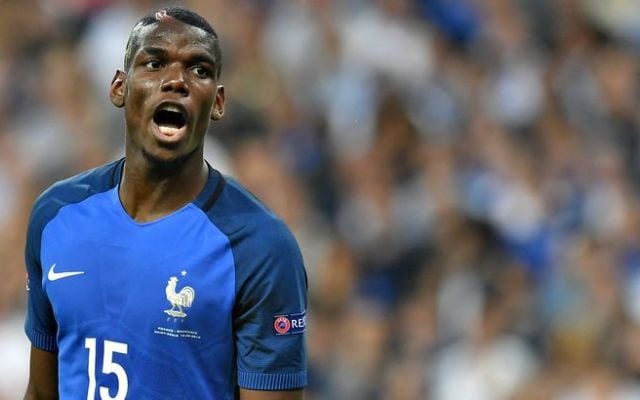 Back to business for United as they net four against Newcastle

This game will be the first time Mourinho and Benitez have met in ten years and both will be hoping to frustrate the other. When they were the managers of Chelsea and Liverpool respectively they met 16 times in three seasons, with Benitez winning five.

Mourinho names a very different team from usual. Injuries have meant that some players have come back and others have left. De Gea as always starts in goal with a back four of Valencia, Lindelof, Smalling, and Young. Pogba and Matic play in the defensive midfield roles with Rashford, Mata, and Martial in front. Lukaku is the lone striker. On the bench we see Rojo and Ibrahimovic returning from knee injuries.

Newcastle get the game underway, a team that historically has the most defeats at the hands of United. With Pogba back in the starting lineup we may very well see a four goal margin of victory.

United have the majority of the ball in the opening five minutes but Newcastle are quick to close down, forcing one or two touch passing.

Lukaku gets an early chance to score but misses. Rashford finds the run of Valencia down the right hand side who fires a low cross into the box. Lukaku’s shot gets deflected over but gets given as a goal kick.

With Paul Pogba back in the side, the question of form is inevitable. All United possession thus far seems to be running through the Frenchman, dictating the play almost managerially. A pass from Pogba presents Mata with acres of space but he is hacked down from behind by Hayden who gets his fifth yellow card of the season. As a result he will miss the next game against Watford.

Newcastle win the ball on their right hand side of the pitch. Yedlin sprints the full length of the United half to get on the end of a through ball and he just makes it.

The first time ball in reaches the feet of Gayle and a slip by Lindelof means that he couldn’t close him down before the shot. It is driven hard and low towards the bottom left hand corner, going in via the post.

The goal is completely against the run of play but brilliantly worked nonetheless. Dwight Gayle is the first player to score a goal at Old Trafford in open play in 2017 and if they go on to win it’ll be the first loss at home for United since the Manchester derby at the start of last season.

United pick up the pace hoping to get back into the game immediately. They get two corners both taken by Mata and both not reaching a red shirt. The red devils haven’t haven’t been great at recovering deficits under Mourinho but he’ll feel confident that a victory is possible. Newcastle won’t make it easy though and they are sitting incredibly deep.

It is almost two after a fantastic ball from Shelvey cuts straight through the defence and Murphy’s shot goes just wide. He looks for a corner but to no avail. They aren’t short of pace in the attack and will look to pick United off on the counter attack.

Lindelof makes a storming run through the Newcastle half and chips a ball towards Lukaku. He is unable to take the pace off the ball and the shot goes over. A fantastic ball by Lindelof, showing that he can be useful in the United attack as well as defence.

Newcastle’s defensive strategy seems to be to sit deep and narrow, trying to frustrate United into mistakes. Benitez seems to have drilled a dynamic system of filling in the gaps when a player gets pulled out of position and it is working to great effect thus far. This narrowness opens up space on the wings though for Valencia and Young to overlap and cross the ball in. It’s only a matter of time before one of those crosses gets headed on target.

And as if by magic, United score from just that — a cross into the box. Pogba gets the ball on the edge of the box and easily passes his man before chipping the ball into the far post for Martial to head in. The score 1-1, you’d be silly not to see United comfortably winning this game. Newcastle are defending well but with such sustained besieging, crash will inevitable start to show.

Just before the half ends a cross goes in towards Lukaku but before he can touch the ball he is dragged to the ground. The replay shows the defender clearing having his arm around him as well as a chunk of the shirt. How that wasn’t a penalty I don’t know. It would also have been a red card as he was the last man.

There are three minutes extra time and Newcastle will be lucky to get to the break level. United get a corner in the 46th minute and the ball again gets crossed to the far post and again gets headed into the back of the net, this time by Chris Smalling. It was a fantastic ball in by Young who has been brilliant all season.

Smalling, who wasn’t called up for the recent England internationals, will be looking to stake his claim. He has been assured in defence and that goal will help no end. The other contender for the last defensive slot is Gary Cahill and it will go right down to the wire.

Mourinho will be happy with the score and will be confident his team can close out the game. If they can do that we may be seeing the incredible return of Zlatan Ibrahimovic.

As the second half gets underway you can’t help but feel that the United from the start of the season is back. They are utterly dominant and every time they move into Newcastle’s half you feel that they might score another.

Ten minutes into the second half and Pogba makes it 3-1. Lukaku gets the ball on the right hand side but there is no one in the box. He holds the ball up well whilst Pogba and Rashford sprint from the centre circle to the box. He crosses the ball in and Rashford heads it down for Pogba to score. The game is almost certainly over now, it’s just a matter of how many will Newcastle concede.

With half an hour still to go Newcastle look unlikely to get back into the game. United have had 67 percent possession so far this half and have come close to scoring several times. Lukaku will be looking to end his goal drought and there is perhaps no better chance than this.

Zlatan Ibrahimovic starts to warm up along with fellow former injured player Marcus Rojo. The whole of Old Trafford cheers at the sight of Zlatan, who has come back after just seven months from a supposedly career ending injury. Smalling gets a yellow card for a foul at the same time.

In the 69th minute United make their first substitution, Pogba for Fellaini. It has been a phenomenal return for Pogba, scoring one and assisting another. Immediately after, Lukaku ends a seven game goalless drought running through several defenders before drilling the ball into the roof of the net. It may now be time for Zlatan.

As United continue to lay siege to Newcastle he’s getting instructions from Mourinho and is taking off his tracksuit. He has moved to the number ten shirt after the departure of Wayne Rooney, a number that Ibrahimovic said he wanted when he arrived. A deafening roar rings around Old Trafford as he comes on for Martial. A goal here and the roof may very well come off.

The third and final substitute is Ander Herrera who comes on for Mata. The tempo is slowing down considerably now with United looking content with the three goal cushion.

Matic crosses the ball to the back post and Ibrahimovic attempts an acrobatic shot that is just saved. United then come close several times in the dying minutes but can’t find the back of the net. It seems to be the same curse as earlier in the season whereby they are unable to net five in a game.

The whistle blows for full time and the result means that the gap between first and second stays at eight points. United’s next big test will come in the Manchester derby three weeks from now, a game that could swing the fate of the season.