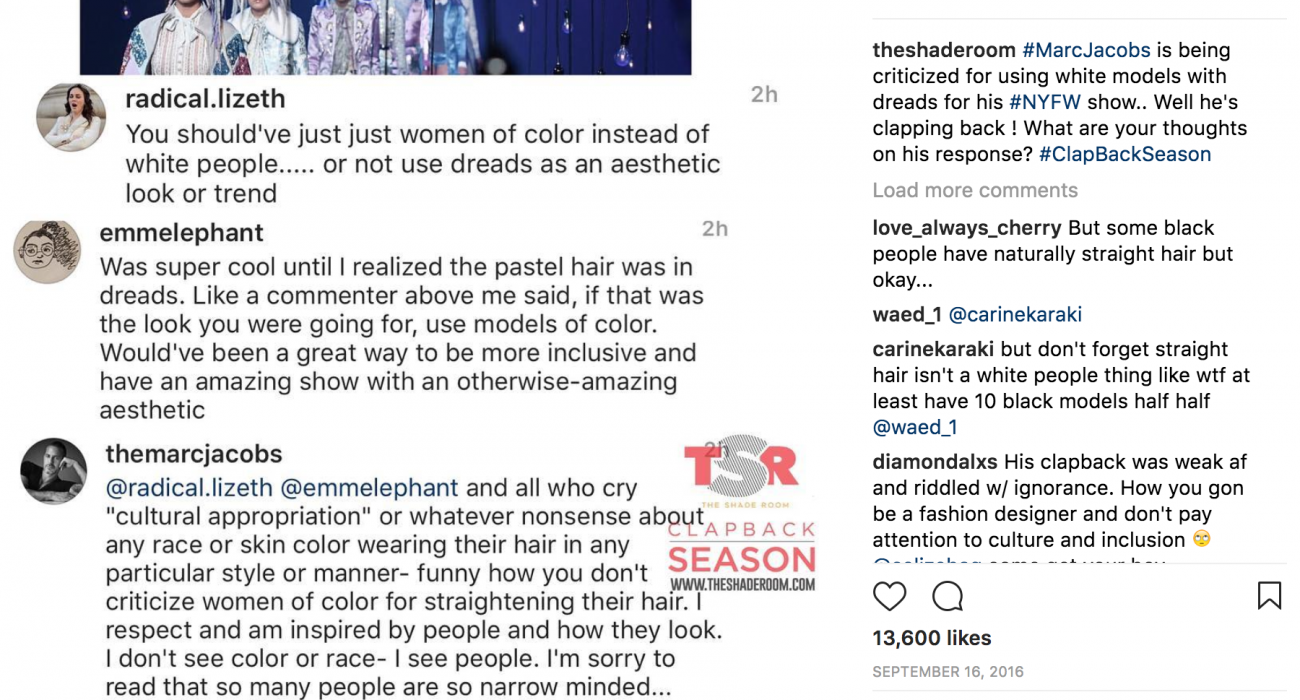 Du-rags to riches – Exploitation of black culture in high fashion

The exploitation of black culture within high fashion has been a big topic of discussion for many years. Designers such as Marc Jacobs, Versace and DKNY have been turning to the once profound ghetto looks like big hoop earrings, braid jewellery, and du-rags in their runway shows and they have been given the side eye by many within the Afro-Caribbean and Latino culture.

Previously, rocking baby hairs and du-rags was once a ghetto disturbance but now is accepted as the new $400 wardrobe statement. These designers are making a profit off the creativity of ‘urban’ culture.

At the DKNY spring 2015 fashion show, models wore slicked down baby hairs with zig-zag parting, a look dating back years dominantly sported by the black and Latino women.

Another incident occurred which saw Marie Claire praise Kendall Jenner, for being “bold” and “epic” when she rocked cornrows, which has always been the statement for black women, but have never been referred to as “bold” or “epic” for doing the same thing.

Many people have been shouting cultural appropriation from the roof tops in recent years. It is the concept which is used in sociology to explain when one culture adopts characteristics from another culture without giving any benefit back to the culture. But others excuse this for embracing culture, being inspired, and paying homage.

This is what Marc Jacobs used when he received backlash for his spring 2017 show which saw models rocking dreadlocks. He took to social media to say “I respect and am inspired by people and how they look. I don’t see colour or race — I see people.” Which he stated after conducting a fashion show which lacked diversity.

The irony of it all.

This incident was very sensitive due to the agreement that banning dreadlocks from the workplace is completely legal according to the U.S. Circuit Court of Appeals, when a black applicant wasn’t accepted for a job position for refusing to cut her dreadlocks. However, the case was dismissed when brought to court on the grounds of breaching equal employment opportunity.

The company said their policy requires young employees to present themselves in a way which “projects a professional and business-like image”.

This story and many others like it suggests that dreadlocks isn’t just a hairstyle but is still culturally and racially related to the black Rastafarian culture. The hair shouldn’t be trivialised as merely a fashion, as its still resulting in discrimination today.

Racism within the fashion industry has always been a taboo topic but is still very much present today. Models like Chanel Iman told The Times last year that designers have rejected her from shows because “We already found one black girl. We don’t need you anymore.”

Smalls told Elle last year that she’s been told: “You’re a black model. It’s a challenge.” Nicki Minaj is one of many celebrities who have recently blasted designers for taking ideas from black culture, using it in there shows but failing to include black models.

With continued awareness being made and people coming forward to fight against the exploitation of different cultures, from all over the world, within the fashion industry change can and will come.