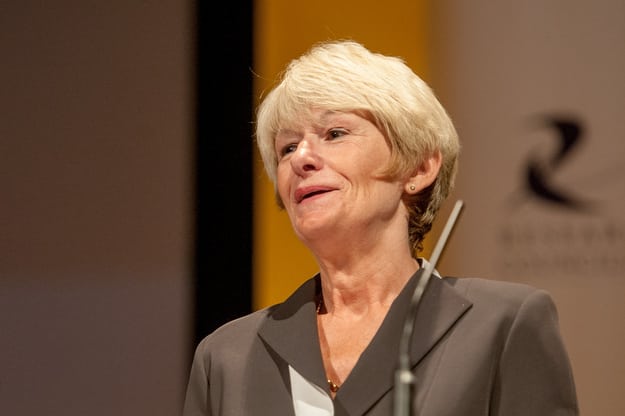 With an annual salary of £260,399, a University spokesperson also revealed to The Mancunion that the University President and Vice-Chancellor’s pay “has remained static for the last two years.”

Glynis Breakwell, the Vice-Chancellor of Bath University, announced on Tuesday the 28th of November that she will step down from her position at the end of the academic year.

University of Manchester student, Luke Dyks, described Nancy Rothwell’s wage as “fair”, suggesting that the University Vice-Chancellor “does a job that requires an equivalent amount of skill and effort as that of a CEO of a FTSE 100 company, yet she gets paid a fraction of the wage.”

Hosting just under 40,000 students, Manchester University is the largest single-site University in the UK with more students in its Faculty of Humanities than the total number of students at Bath University.

Luke Dyks said that Bath’s Vice-Chancellor “seems to have been paid way way over the market price for her work”, with the Physics with Theoretical Physics student adding: “Is she [Glynis Breakwell] worth two times Dame Nancy? Clearly not…”

Commenting on the debate, Emma Atkins, University of Manchester Students’ Union Education Officer, said: “The whole debate about Vice-Chancellor pay has been a dead cat on the table.

“Jo Johnson has been fuelling this debate about Vice-Chancellor pay which says a lot. The media has focused on that instead of the damaging reforms to the sector. Also it’s so rich for the government to be complaining that Vice-Chancellors get paid too much when they’re totally silent on the issue when it comes to big business and how much CEOs get paid, their bonuses and tax avoidance.

“It works in Jo Johnson’s favour if universities get attacked because when it comes to reforming the sector people are less likely to listen to them if they protest any changes.”

Alex Tayler, General Secretary of the Students’ Union, added: “although there will be occasions when I am in disagreement with Nancy, I think that she is doing an excellent job in challenging times. It is very clear in my mind that her salary is justified. ”

Despite receiving lots of support from students, there were some who admitted to The Mancunion that they were unaware what the role of a University Vice-Chancellor practically involved.

David Uncle, a third-year Geography student, said that he was “not entirely sure what University Vice Chancellors do” and commented that “Nancy Rothwell’s pay is clearly very high wage but how the University spends its money doesn’t particularly concern me.”

Some students were also critical of the Vice-Chancellor’s salary, with a student who wished to remain nameless telling The Mancunion: “given the cuts to university jobs, her salary is completely unacceptable. We should not be cutting jobs at the university while giving huge pay checks to directors.”

A University spokesman told The Mancunion: “The process for determining the salary of the President and Vice-Chancellor is the responsibility of the Remuneration Committee of the Board of Governors.

“In making a decision on pay awards there is an evaluation of the President and Vice-Chancellor’s performance which includes an assessment from each member of the Board of Governors and a formal review of individual performance by the Chair of the Board. In the majority of years in post the President and Vice-Chancellor has declined these pay awards.”

In a 2015 interview, Dame Nancy Rothwell told The Mancunion: “The UK is one of the lowest paid countries for Vice-Chancellors. Is it fair in any society that people should earn twenty or a hundred or a thousand times more than other people? In my opinion, possibly not.

“But on the other hand, you wouldn’t get reasonable Vice-Chancellors unless you pay a reasonable rate. I’m paid less than the average, for the largest university in the country.”

The University Vice-Chancellor of Bath University who will be stepping down this academic year, Glynis Breakwell, said that she had “served the university to the best of my ability” but has faced further criticism after the revelation that she will continue to be paid in full until the end of February 2019.

Universities and College Union (UCU) leader at Bath, Michael Carley, described any further payments to the Vice-Chancellor as “a reward for failure.”