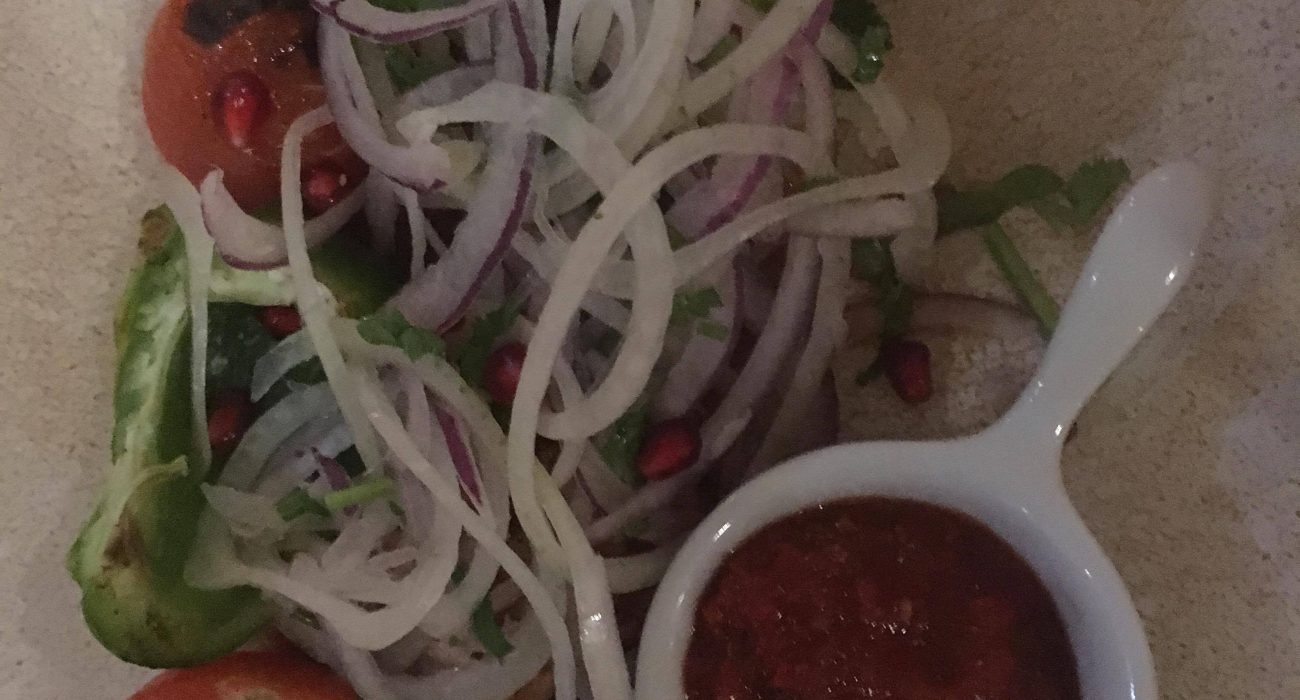 Tucked away in the corner of Albert Square, just out of the hustle and bustle of the Christmas markets, you will find a fantastic restaurant serving up traditional Armenian food in a setting that entirely fits the theme.

With borders with Georgia, Azerbaijan, Turkey and Iran, the food of Armenia has significant influences from Europe and the Middle-East, with a menu somewhat similar to a Persian or Lebanese restaurant, but with a Russian influence.

The décor of the restaurant fits with this eclectic mix, with a luxury feel added by the live pianist, who it must be said was fantastic.

My personal opinion is that to get the best of a restaurant like this one always wants to order the mezze, and so I did, along with a couple of other small side dishes to accompany it. The mezze was fantastic. Living close to curry mile I am spoilt for choice when it comes to Middle-Eastern food; however, there was an obvious difference between the mezze on offer here.

The more standard items are included, such as a hummus and a tabbouleh, but there is also various items of far more traditional fare. An Armenian bulgur salad and Yershig, a spiced lamb sausage, for example, where both excellent, and different to anything I have sampled before at Middle-Eastern recipes.

The stand out here though has to be the Ararat pie, another traditional dish of Armenia. Think of something akin to a Middle-Eastern samosa and you are along the right lines. Minced lamb with nutmeg parsley and egg wrapped up in pastry and deep fried, these were simply brilliant, the only issue being that there weren’t more!

The tabbouleh was remarkably fresh with an excellent hit from the fresh mint and lemon juice, and the Mutabal, an aubergine dip with garlic and tahini, was very good too. In all honesty, I could simply list here every item of the mezze and tell you that they were very good, because that is the case, and so to avoid monotony I shall just leave it at that!

If there was a disappointment, and that is a big if, it has to be the one main that was ordered. Described as a slightly spiced cured beef pasty, the Yerevan Khachapuri was easily the most disappointing plate of food. The “slightly spiced” flavour referred to in the menu turned out to be a somewhat unpleasant and remarkably strong tasting beef which overpowered the very good homemade bread and traditional cheese that it came with; definitely one to avoid should you take my advice and go.

Overall, however, it is not hard for me to make a decision as to whether or not I would recommend Armenian Taverna. Simply put, one of the best mezze collections I have ever sampled, and a fantastic setting to boot.