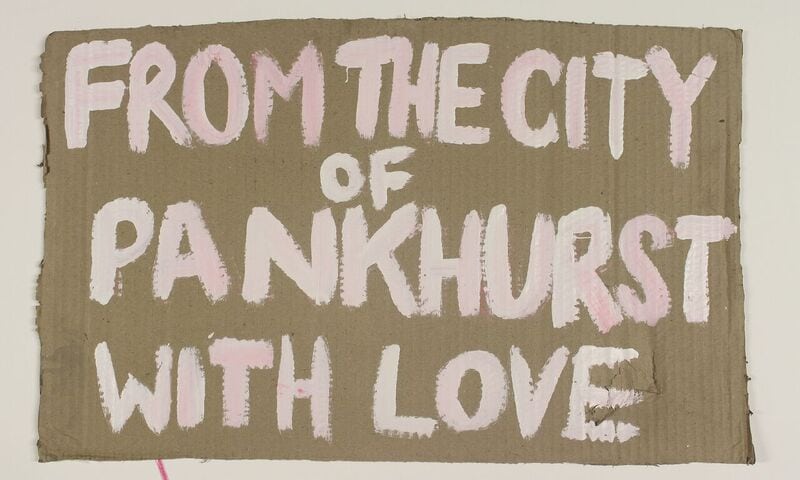 Manchester’s People’s History Museum (PHM) has unveiled a programme of events running throughout 2018 to mark the centenary of the Representation of the People Act, a landmark piece of legislation which extended the right to vote to all men and some women.

In a statement, the museum said that it hopes that the forthcoming projects will prompt visitors to “discuss, discover and reflect upon one of the great milestones for equality.”

As the home city of the firebrand suffragette and leader of the WSPU, Emmeline Pankhurst, Manchester itself was the birthplace of the campaigns of the early 20th century for women’s suffrage in Britain.

This history will be celebrated in March with the fifth annual Wonder Women festival, which will see the PHM collaborate with other cultural hubs around the city including Manchester Art Gallery and the Working Class Movement Library stage a variety of events exploring issues of equality.

A new headline exhibition, ‘Represent! Voices 100 Years On’ will also feature the voices of present day campaigns including Manchester Women’s March and the Proud Trust, a Manchester based charity for LGBT+ youth, to consider how the concept of representation has changed over the past century .

This will run from June of 2018 to February of 2019 and will be in the form of a feminist zine documenting the activists’ responses to items in the museum’s main collection, including sashes, brooches and cartoons from the campaign for women’s suffrage.

The 1918 electoral reforms granted the right to vote to women aged over 30 and who had also graduated university, or were either property owners or married to one. This step granted suffrage to 8.4 million women, and paved the way for the act which would also allow them to stand for election to Parliament.

The first Representation of the People Act, introduced in 1832, had already granted voting rights to men who owned property and earned more than £10 a year (almost £800 in today’s money), discounting the largely poor populations of industrial cities such as Manchester, Liverpool and Birmingham.

This legislation itself succeeded the 1831 Peterloo Massacre, where crowds peacefully demonstrating for greater representation were charged by cavalry at St Peter’s Field in Manchester, now St Peter’s Square, as a result of which 15 were killed. The 1918 act extended these rights to all men aged 21 or over.

It would take another ten years for women to be granted equal suffrage with men with the introduction of the Representation of the People (Equal Franchise) act, allowing anyone aged 21 or above to vote. A successive act of the same name in 1969 lowered the voting age to 18, as we know it today.

The PHM’s recently announced projects were made possible by a grant of £82,100 from the Heritage Lottery Fund (HLF), which recently was among charities to offer financial support to the museum’s campaign to buy back an iconic and unique banner used during the suffragette movement.

The banner was discovered in a Leeds charity shop in June and was successfully purchased by the museum in September after a fund of more than £20,000 (to which HLF contributed £5,000) was raised to finance its purchase as well as future maintenance and care.

Dating from 1908 and bearing the words “Manchester First In The Fight – Founded By Mrs Pankhurst”, the banner was carried at a march held in Heaton Park by the Women’s Social and Political Union (WSPU), the suffragette campaign group infamous for their militant demonstrations. It will be among the museum’s collection of banners and placards, the largest in the UK, which will be rotated throughout 2018 to reflect the significance of this centenary year.

Fittingly for the centenary year of such a significant step forward for British women, the PHM will also play host in March to the third annual Women in Media conference, organised by Manchester Media Group and supported by Amnesty International, media agency Gorkana, and the NUS.

The two-day event on the 3rd and 4th of March will give students from Manchester and other universities, as well as from local schools and colleges, the chance to hear speeches from and network with leading women figures from across a range of media fields from journalism to marketing.

Editor-in-Chief of The Mancunion, Head of Manchester Media Group, and chair of the Women in Media conference Kirstie O’Mahony, described the PHM as “the perfect venue” for the event.

Kirstie said: “It celebrates people who have made a real difference in Britain and in the world. That’s exactly what we’re trying to do with the conference – the women that speak on it have such an impact on our delegates year on year, and there’s such a motivation to make a difference when we hear from women we admire.”

She added that the upcoming centenary should remind us that “lots of women at the time were still completely marginalised, and even though things have drastically changed between now and then, there’s still so much work to be done  not only in the world of media but also in the political realm.”