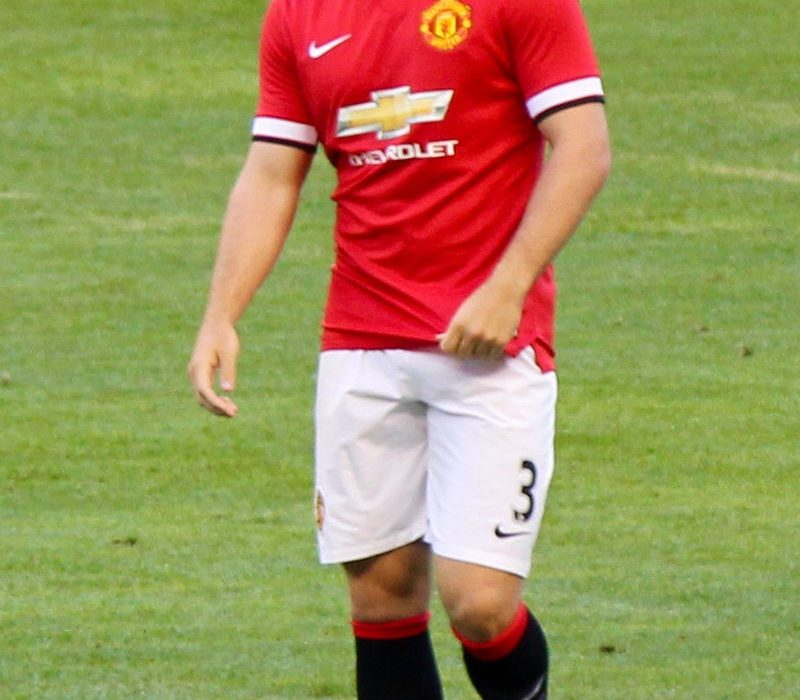 Manchester United left back Luke Shaw has recently been linked with a move away from the club in a swap deal with Spurs’ Danny Rose. There is a five-year age gap between the two: Shaw is aged 22 while Rose is aged 27. Swapping one for the other would surely seem ludicrous from United’s point of view, especially after watching Shaw’s impressive display against CSKA Moscow in the UEFA Champions League.

In his first start for 219 days, Shaw picked up a well deserved man of the match award for his efforts in United’s 2-1 win over their Russian opponents. In his last start against Swansea City at the end of April 2017, Shaw only managed to complete ten minutes of the game before being substituted with a muscle injury. In many ways, his last start summed up his three and a bit seasons at United so far. Since Shaw signed for United in the summer of 2014, his career has been stop-start due to injuries.

He may now, however, have reached the light at the end of the tunnel. Shaw’s positive and energetic performance against CSKA Moscow showed that he has what it takes to fill the boots of Patrice Evra. When fans’ favourite Evra left United for Juventus in 2014 (the same year Shaw arrived) the young Southampton full-back was the obvious choice to replace the former club captain.

A young English player with all the attributes to become one of the finest left backs the Premier League has ever seen chose to play his football at Old Trafford. The hefty £30 million price tag may have seemed a lot at the time but if he were to give them 12 years of high quality service as fellow English defender Rio Ferdinand did between 2002 and 2014, then splashing out on Shaw would be a wise investment.

While his early career at United hasn’t quite hit the heights of Ferdinand’s, he certainly has time to redeem himself. Before he suffered a horrific double leg break against PSV Eindhoven at the Phillips Stadion in September 2015, he had already established himself as the first-choice left-back for United and England at just 19-years-old. Before the comparisons between he and Rose existed, Shaw was in front of his fellow left back in the England pecking order and playing for the country’s biggest and most decorated club.

This is a remarkable feat especially considering that when Rose was 19-years of age he was out on-loan at Sunderland. A year earlier, the current Spurs and England full-back was on loan at Bristol City in the Championship while at 18 Shaw was a fully established Premier League full back for Southampton, a team in the top half of the table. He was also selected to go to the 2014 World Cup in Brazil where he earned a cap and played in the 0-0 draw against Costa Rica.

Against CSKA Moscow, Shaw showed exactly why United paid so much money for him at such a young age and why he represents the future of the club. “He [Shaw] was really dangerous. He was deserving that opportunity for a long time and is going to get more because his performance was really positive. He had great intensity in his game, it was no surprise that after minute 80 he was feeling the consequences of that intensity. It is normal for his first match of the season.” Jose Mourinho reflected on the incredible performance of Shaw to the BBC and vowed he would give his left back more game time.

Everything about Shaw’s display was fantastic. His energy running forward, desire to get back and composure on the ball was there for all to see and it is such qualities that will keep him in Mourinho’s thoughts ahead of the busy Christmas schedule. He may have even had a goal but he was denied by a smart save from Russian goalkeeper and CSKA Moscow captain Igor Akinfeev.

Shaw made five clearances in the first half, more than any other United player. Despite CSKA’s goal coming from a move down their right-hand side, Shaw’s defensive contribution was more than up to the standard Mourinho expected of him. As a left-wing back, Shaw looked up to the task — a task his former boss Louis van Gaal questioned that he was capable of when he questioned his fitness in pre-season ahead of the 2014/15 season.

In the second half, the 22-year-old continued to impress before he pulled up with cramp ten minutes from time. Shaw, though, showed courage as he played on and completed his first full match since April. In the last match he completed against Anderlecht in the UEFA Europa League quarter-final, Shaw showed similar determination to carry on. He played until the end of extra-time after Mourinho planned to substitute him at the end of 90 minutes.

As well as undoubted talent, Shaw possesses sheer strength and determination to keep getting back up after he’s been continuously knocked down and respond to criticism in the right way. This is something Rose doesn’t have. After hardly featuring for Spurs throughout 2017 due to injury and the impressive form of Ben Davies, the man from Leeds questioned the direction of his current club in the summer transfer window and hinted that he wanted to leave North London.

In contrast, Shaw has kept his feet firmly on the ground at Old Trafford despite being in the darkest of places and missing so much football since he made the switch from Southampton in 2014. For Mourinho, there really is no need to spend £40-50 million on a left-back who is five years older, weaker minded and quite frankly no better than the one he already has.

With the right help and support, Shaw can still go on to follow in the footsteps of former United left-backs Evra and Denis Irwin and become a club legend.