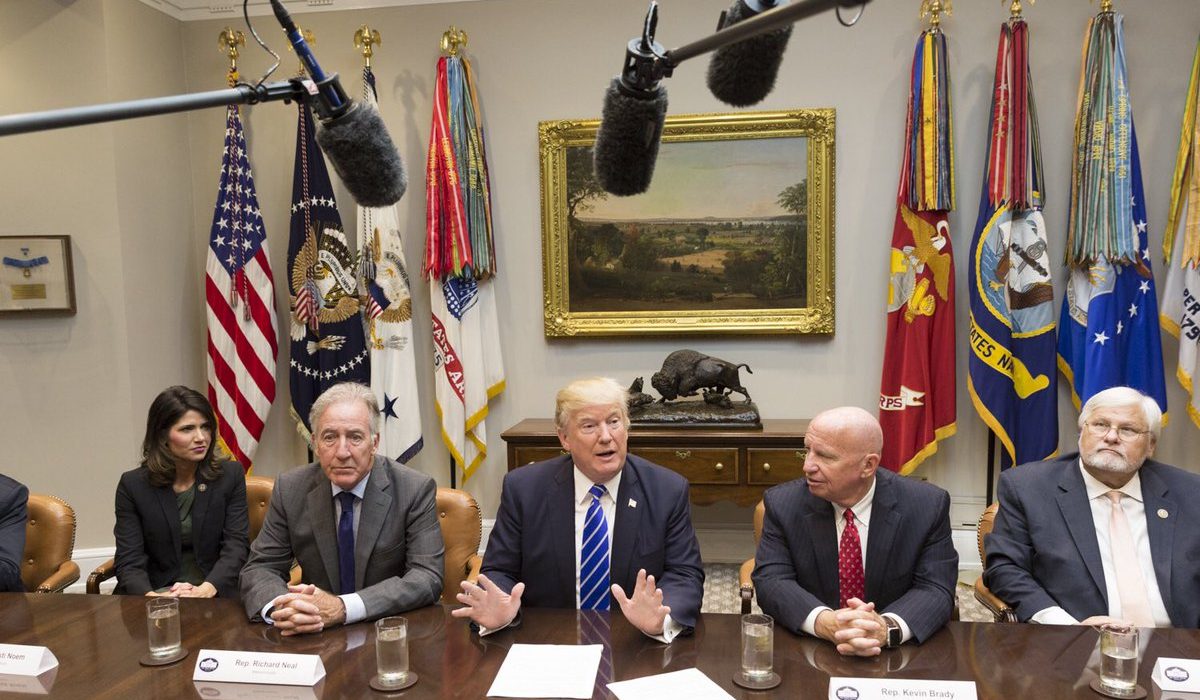 Donornomics: An analysis of the Republican Tax Bill

The US Senate passed the Republican tax bill 51–49 in the early hours of December 2nd, 2017. The bill is the most sweeping overhaul of the US tax code in decades and marks the first major legislative victory for President Donald Trump.

Supporters of the bill claim that it will supercharge growth, that by cutting the corporate tax rate businesses will give raises to regular workers, that corporations will invest more, that the rich are not going to benefit from the bill, and that it will help small businesses. In an open letter to Congress, 137 economists supported the bill, writing: “The enactment of a comprehensive overhaul — complete with a lower corporate tax rate — will ignite our economy with levels of growth not seen in generations.”

However, criticism has been severe.

As far as the process is concerned, the bill was passed in the middle of the night when almost no one watched. Moreover, many pointed out that it passed through the Senate very quickly with some amendments added at the very last moment. The bill even included handwritten notes.

“The rushed process,” writes Jeffrey Frankel, a professor at the Harvard Kennedy School, “has been extreme: utterly lacking in both due deliberation and bi-partisanship. The usual hearings have not been held, nor has there been even a pretence of including Democrats in the negotiations.”

It must be noted that Sen. John McCain (Republican-Arizona), who down voted his party’s efforts to repeal the Affordable Care Act — more commonly known as Obamacare — earlier this year partly because of the rushed, partisan process, voted for the tax bill.

Flake, who is openly opposed to President Trump and the radical wing of his party, said that he has supported a lower corporate tax rate for almost 20 years.

Collins, who alongside McCain and Alaskan senator Lisa Murkowski, voted against their party’s Obamacare repeal bill, has been criticised for voting for a bill that would repeal Obamacare’s individual mandate, which requires everyone to buy health insurance. That could trigger skyrocketing premiums, say the critics, but Collins says she has assurances from Senate Majority Leader Mitch McConnell (Republican-Kentucky) that he would support passage of two policies that would buoy the Obamacare markets.

With that, we’ve turned to the content of the bill.

According to a report by the nonpartisan Joint Committee on Taxation, the Bill will add $1 Trillion to the Deficit, disproving claims by various Republicans that the bill will pay for itself, and making Republican lawmakers seem hypocritical, given the years they spent complaining about the deficits accumulated during the Obama presidency.

Not to be outdone by the Trump administration when it comes to anti-conservation policies, Republican lawmakers included a provision that allows oil drilling in the Arctic for the first time, causing uproar from environmental groups.

The bill brings many reforms to Higher Education. It will require wealthier universities to pay taxes on their endowments for the first time. However, some provisions within the House of Representatives tax bill unaddressed in the Senate version include a repeal of the Student Loan Interest Deduction, which some have called redundant and which the Obama Administration also considered repealing.

Also included is a repeal of the current law that allows institutions to provide tax-free tuition waivers and reimbursements to employees, their spouses, and/or dependents. A provision that would only benefit a college affiliated with Education Secretary Betsy DeVos was taken out of the bill before the final vote.

The bill is especially hard on millennials. By 2019, many millennials would see their taxes increase, while for the 2027 calendar year, everyone making less than $75,000 would be expected to see a tax increase. Moreover, according to the Centers for Medicare and Medicaid Services, 34 percent of people enrolled in Obamacare are millennials, and Obamacare could be taking a hit, as described above.

The bill seems to target Democrats. Conservative economist Stephen Moore, who was a top economic adviser to then-candidate Trump during the 2016 campaign, told Bloomberg’s Sahil Kapur that “[the bill]’s death to Democrats,” adding “They go after state and local taxes, which weakens public employee unions. They go after university endowments, and universities have become play pens of the left. And getting rid of the mandate is to eventually dismantle Obamacare.”

However, the bill doesn’t benefit the average Republican voter, either. Despite President Trump’s claims, the richer will indeed benefit over time, unlike lower-income Americans.

Also, pass-through firms, which don’t pay income taxes at the corporate level, get a tax break. This bill seems to have been written with a specific group of Republican voters in mind — wealthy donors. Republican Congressman Chris Connell (New York-27th congressional district) publicly admitted so.

In conclusion, the bill is very unpopular among Americans: 49 percent said they opposed the bill, while only 29 percent said they supported it, according to a Reuters/Ipsos poll. Both Democratic and Republican voters will not benefit. The Democratic Party has its own set of issues to solve, but now Republicans should hold their elected officials accountable for passing a bill that significantly benefits none but their wealthy donors.

This article was originally published on December 7th.