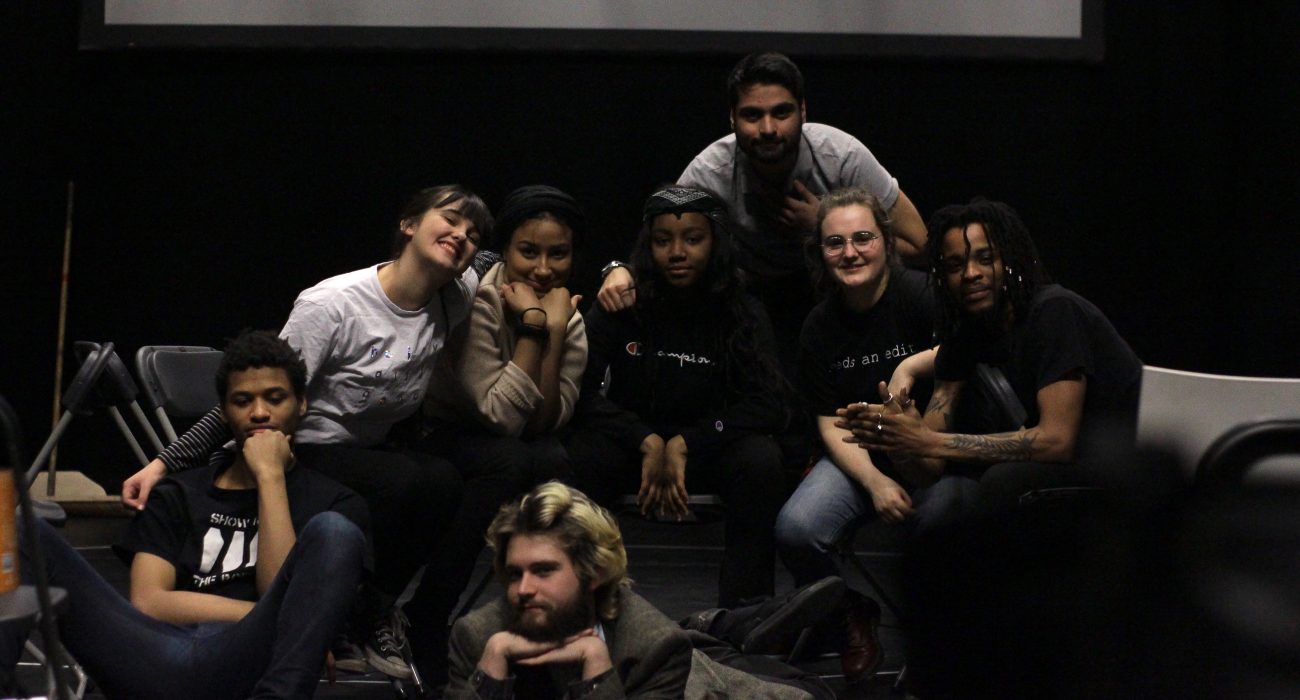 Eight young poets dressed all in white formed a tight-knit ensemble, each taking their turn to speak their poetry. ‘Happiness is here if you want it’ was a recurring line which linked the poems together, giving the piece focus and grounding.

The poems covered such ground that there was something there to resonate with everyone. Some spoke about the government, some talked of coming of age, and I haven’t decided what some other poems were about. The language was so beautiful, and their metaphors were so carefully constructed that I think in order to appreciate their work fully, I would have needed to pause and think about each poem for a good few minutes before watching the next one.

But that wasn’t the evening was about. The poems were stitched together seamlessly, and the performers bounced off one another so well that, for me, it became a piece about the collective rather than the individuals. The ensemble work was subtle; the cast were always on stage supporting what was being said, sometimes offering a gentle movement or echo of a line to create impact. But for me, the most memorable thing about Hatch Home was the passion with which every performer spoke their lines, and the wealth of talent which was so evident in their poetry.