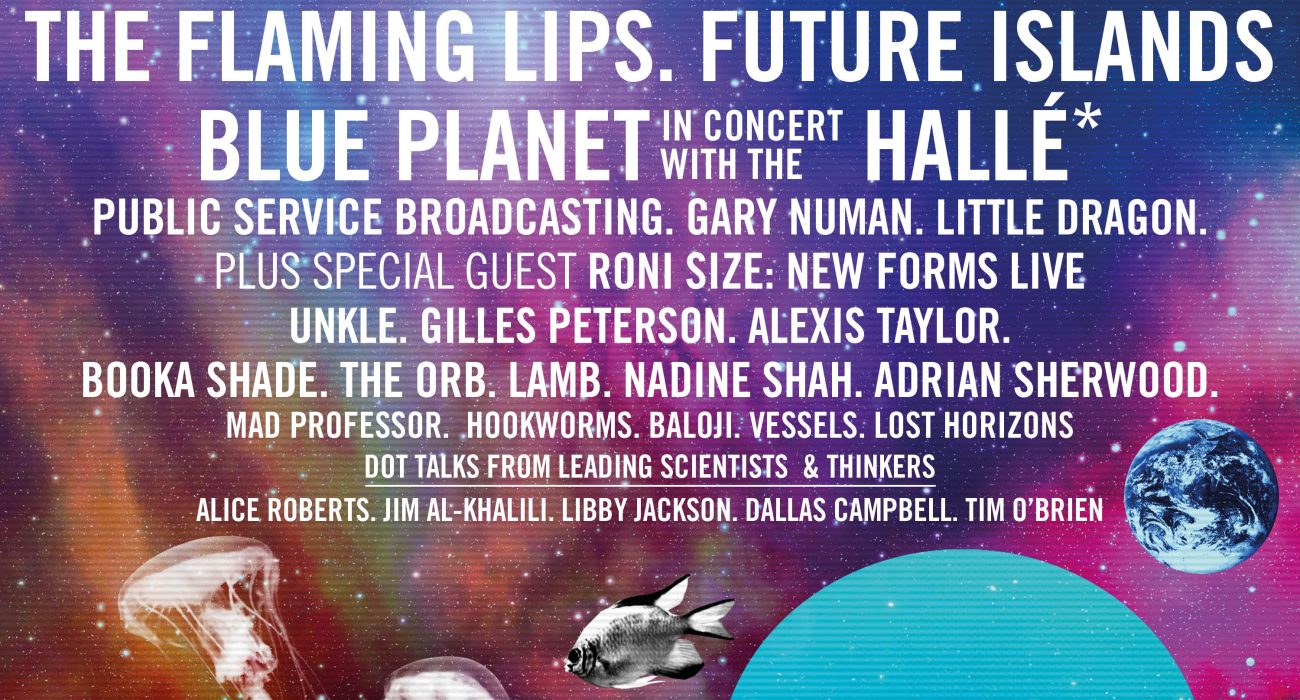 Bluedot festival have announced their 2018 line-up, with The Chemical Brothers, The Flaming Lips and Future Islands all headlining this year. The festival will take place from 19th-22nd July at Jodrell Bank Observatory in Cheshire.

Bluedot describes itself as “an award-winning festival of discovery at the grounds of a deep space observatory”. Set against a backdrop of the iconic Lovell Telescope at Jodrell Bank, the festival combines an all-star line-up with a programme of live science experiments, expert talks and art exhibitions.

Joining the headliners are Public Service Broadcasting, Gary Numan and Little Dragon plus talks from leading scientists and thinkers.

The stand-out feature of the weekend is sure to be Blue Planet in concert with the Halle, with the purchase of an additional Thursday ticket.

It’s not all music and science though – a killer comedy line-up also graces the festival, with the likes of Gary Delaney and David O’Doherty taking to the stage. There will be film screenings, exciting food and drink as well as family encounters…surely something for everyone?

With Pixies, Orbital and Alt-J having already made their mark on the festival, Bluedot is sure to be bigger and better this year, offering something alternative to the classic UK festival.