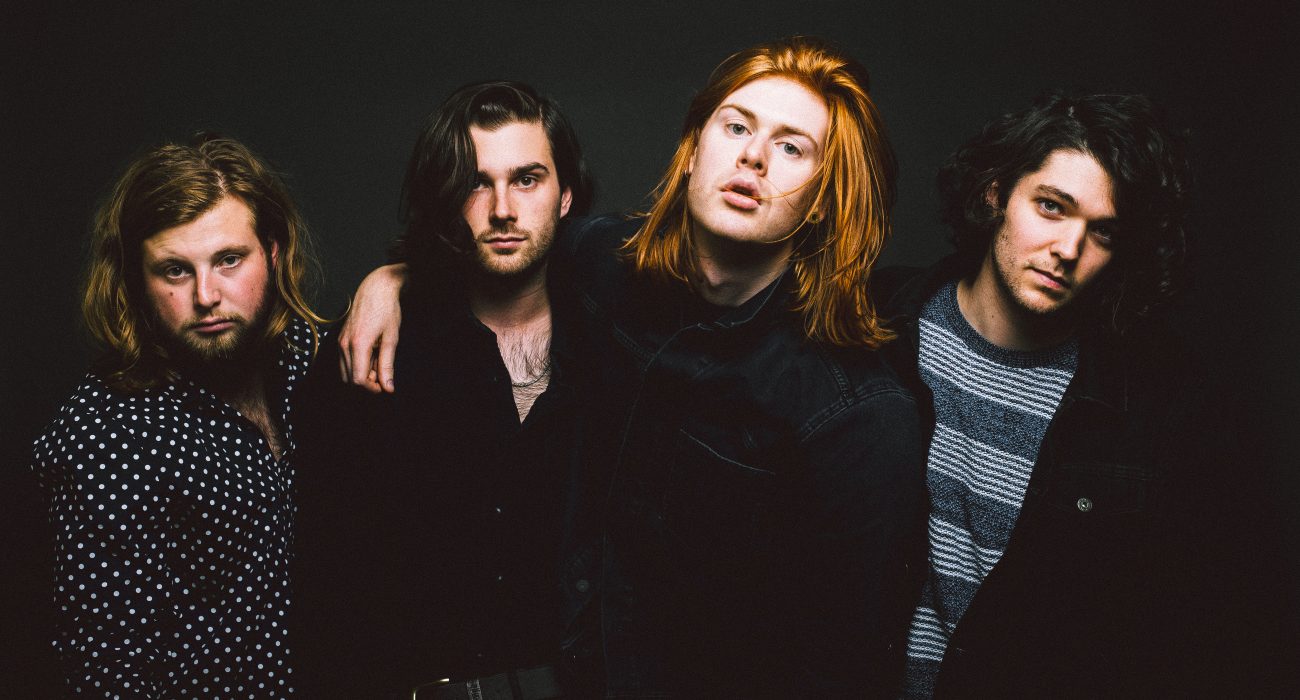 The Amazons are undoubtedly one of last year’s biggest success stories in the world of breaking British rock bands.

Their self-titled debut album smashed into the album charts at #8 when it was released in the summer, and it also landed two places higher on the vinyl album chart.

They made a triumphant return to their hometown festival Reading when they played to a packed Festival Republic Stage, while their autumn headline tour was entirely sold-out in advance.

The foundations for their success were set long before the year started. A Music Week survey demonstrated they were the most hotly-tipped guitar band of 2017, and now, at the start of 2018, they are about to embark on another UK tour.

Matt Thomson, singer and guitarist for the Reading band, took some time out to chat with us about the upcoming tour and where the band go from here.

How did you all deal with the madness of the last year?

Badly. We’ve had sunglasses stuck on our faces for the last 4 months. Going to the cinema, showering, driving at night: makes no difference.

You played a lot of gigs and festivals — what was your favourite show of last year?

Toss up between Fuji Rock Festival in Japan and our headline show at Kentish Town Forum in London.

How important is it for you to celebrate being from Reading?

At the beginning, when we’re introducing our music to the world, it’s really important. It’s part of our identity and we’d be fools not to acknowledge that.

In celebrating where we’re from, however unglamorous, it is has helped us connect with our fans from around the world who come from a small, slightly dead-end town. We just wanted to show you don’t need to be from one of the major cities to achieve something.

Was the album’s reception what you expected?

No. We have to admit it exceeded all expectations. For a rock band releasing a debut record in 2017, a top 10 chart position wasn’t really on the radar. I think we under-estimated the appetite for this kind of music.

So, you’re back on tour this February, are you excited to be getting back on the road?

Hugely. Our UK Tour in October last year was incredible and we learnt a lot. It’s going to be great to hit the road again.

What will the new tour bring?

We’re in the process of working out how long a bass solo we can get away with. It certainly won’t be a note for note recital of the record. We like to keep the audience on their toes.

Can we expect some new music soon?

We’ve been working on a lot of new material recently, so maybe…

Will another album be a while off? And how do you think it will compare to the debut?

Not sure. All we know is that unless we put together a record we love and would fight to the death defending, nothing is coming out.

Who is your biggest musical influence?

Influences change and morph all the time. It’s about being open to anything and everything, you never know what’s gonna cause the spark.

You can catch The Amazons on Saturday 3rd February at Albert Hall.