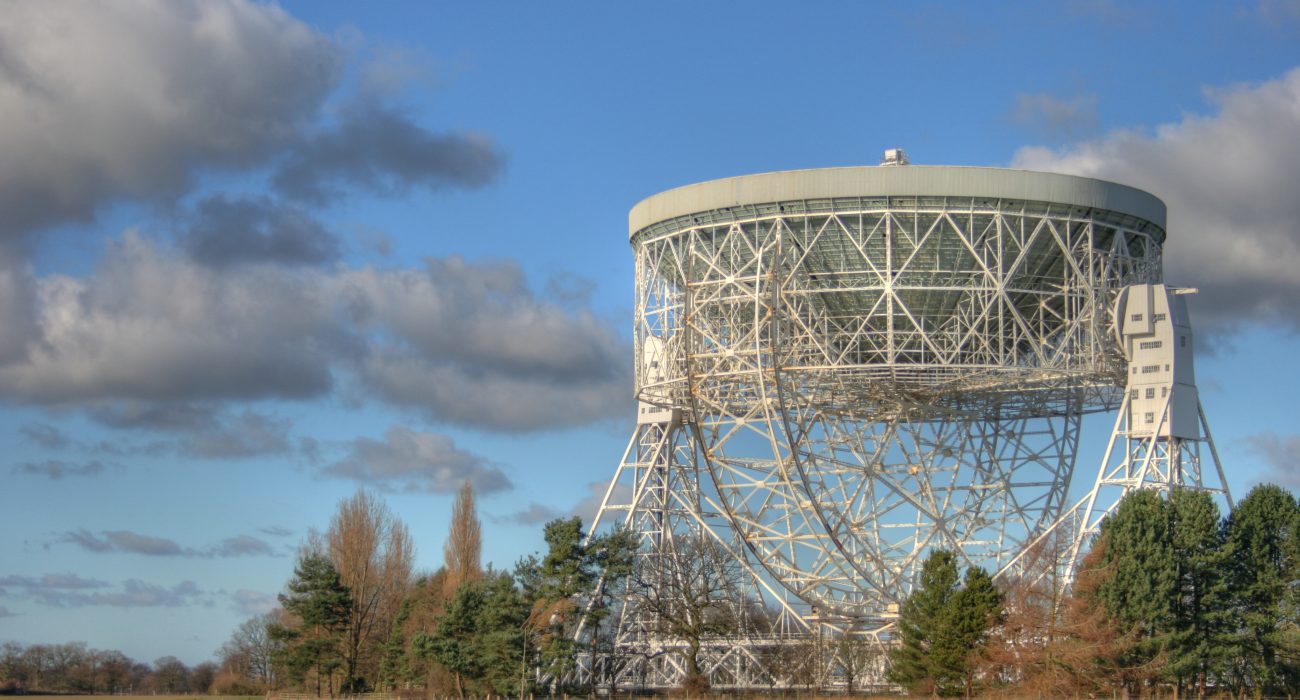 In order to be inscribed as a World Heritage Site, nominations must show that they possess Outstanding Universal Value which transcends borders. Michael Ellis, Minister for Arts, Heritage, and Tourism, says: “Jodrell Bank played a central role in transforming our understanding of the Universe and is, therefore, a site of global importance.”

Founded in 1945, the University of Manchester owned site is home to the Grade I Listed Lovell Telescope. It is the first radio astronomy observatory in the world and has pioneered the exploration of the universe using radio waves. Jodrell Bank is the only site in the world that includes evidence of every stage of the post-1945 development of radio astronomy.

Among its missions, the Lovell Telescope was used to track both Soviet and American probes aimed at the Moon in the late 1950s and early 1960s.

Other key historical sites at the Observatory also includes the Grade I Listed Mark II Telescope and the Park Royal building, which was the control room for the Transit Telescope, where the detection of radio waves from the Andromeda Galaxy confirmed that the Universe extends beyond our own galaxy.

“The Jodrell Bank Observatory, and Lovell Telescope, in particular, have become icons of science and engineering around the world and we’re delighted to reach this milestone. We have been preparing the case for nomination for [the] inclusion of Jodrell Bank on the World Heritage list for several years now and we look forward to showcasing its rich scientific heritage on the international stage” says Professor Teresa Anderson, Director of Jodrell Bank Discovery Centre.

Professor Tim O’Brien, Associate Director of the Jodrell Bank Centre for Astrophysics and Professor of Astrophysics at the University of Manchester, went on to explain: “Jodrell Bank really is an iconic site and institution, not just here in the North West of England, but to people around the world. It is the one remaining site, worldwide, which has been a working observatory from the very first days of radio astronomy to the present day. It’s important that we protect its rich heritage as we celebrate its current and future work.”

The nomination will be formally assessed by the International Council of Sites and Monuments before the World Heritage Committee decides whether it will join the 1,073 designated World Heritage Sites around the globe.

The UK currently has 31 World Heritage Sites, with The Lake District having been inscribed in 2017. Other UK sites on the World Heritage List include the Tower of London, Blenheim Palace, Giant’s Causeway and Stonehenge.