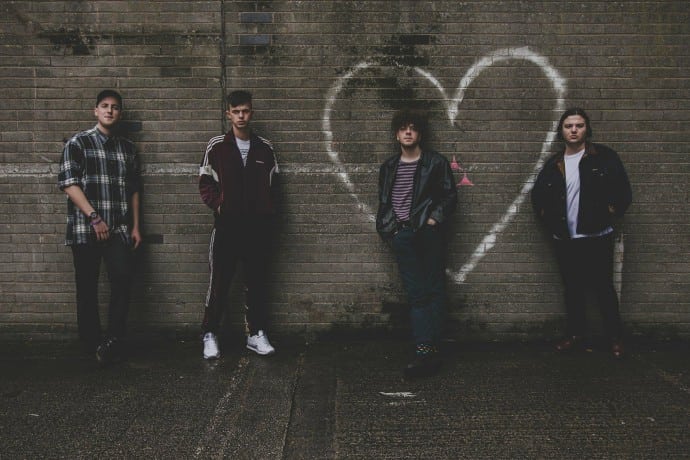 On a cold December night, I descended in to the belly of the Students’ Union to watch Stockport indie rockers No Hot Ashes take to the stage. Playing the Manchester Club Academy is the biggest show of their young career so far.

The band swagger on stage and you can immediately tell this is a big moment for them. But rather than shy away, they launch themselves straight in to the action. Old fan favourite ‘Smooth (no bits)’ opens with a cackle from the frontman and provides everyone with an opportunity to jump around.

The band themselves aren’t what you’d expect from your stereotypical indie group. Drawing inspiration from funk, rap and classic rock ‘n’ roll, No Hot Ashes manage to channel these opposing genres in to one with ease. It’s somewhat of a shame that they’ve been relatively unknown for so long.

‘Bellyaches’, a funky disco bop plays towards the end of the night, causing the crowd to erupt in to one massive dance off. “I’m sick of losing best friends” growls Isaac during the breakdown, resulting in everyone else screaming the proceeding lyrics right back in to his face, much to his delight.

Before wrapping up, the group play their new release ‘Eight Till Late’. Despite the single only being out a mere two weeks, everyone in Academy and the band themselves, continue to give it their all. It’s a genuinely infectious night out.

At such a young age themselves, the lyrics of their songs are in line with their audiences own experiences. Tales of getting drunk with your best friends, running rampant on a night out and falling in love all add to the appeal of the band. You can’t help but fall in love with them really.

“Dying in the week but you’re living for the weekend” is a lyric that resonated particularly well on the night, as No Hot Ashes put on a tremendously energetic performance that fans were losing themselves in. With an upcoming debut EP in 2018, they’re definitely destined for big things. Catch them at Manchester Academy 2 on 31st March, you won’t regret it.