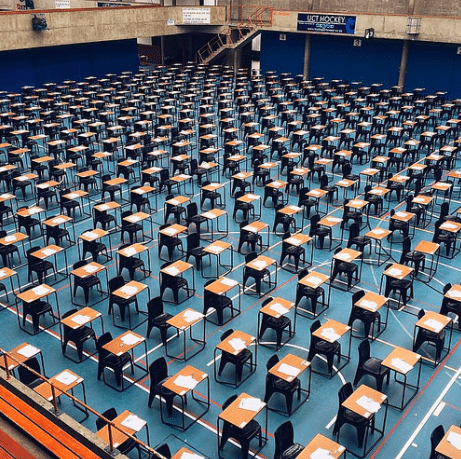 The University of Manchester has issued an apology after several exams taken in January of 2018 contained errors.

Third year Textile Science and Technology students were given only 20 minutes to answer a replacement question having noticed that the same essay title had come up twice in a row, in a set of seven sub-questions.

Some students, having left the exam hall early, simply believed it was a mistake and didn’t bother answering the question, whereas some answered it twice. Students later raised the issue as to whether the marks should count for that question or not.

The Spanish exam this year had a spelling mistake in translation which led to students contacting Emma Atkins, the Students’ Union Exec Officer.

Students have been advised to write to the Head of School and Programme Director, so if any students made errors with that particular question, they shouldn’t be accounted for in the overall mark.

Speaking to The Mancunion, Emma Atkins has advised that “if students ever have issues with their exams, they should contact [her] or the Advice Service offered by the University.”

Atkins also stated that she is “not aware of the exact process for creating exam papers, but each programme does it differently. However, it’s only fair for students to expect a well-written exam paper!”

“Mark schemes, model answers and examples are ideal for students to know what is expected of them, and if students don’t have access to any of them they should speak to staff, add those comments in unit surveys and raise it with student reps.”

When questioned about whether content taught during the period of strikes over staff cuts should be used in exam papers, Atkins stated that “strikes are meant to be disruptive — I think if the university wants to make sure students don’t miss out, they should negotiate better with UCU so strikes don’t happen!”

The recent Genes, Evolution and Development paper confused students, when they realised were given a question from content which had not been taught.

With a number of students having emailed their professor after the exam, it was later decided that the question will not be accounted for in the overall mark, although this makes each mark lost costlier, as the total number of marks has been lowered.

A University spokesperson said: “The University would like to apologise to the students affected by this error. It is most regrettable that these incidents should have occurred. They were dealt with in the examination room according to established procedure.

“However, any students who remain concerned should raise the matter directly with relevant staff in their School.”