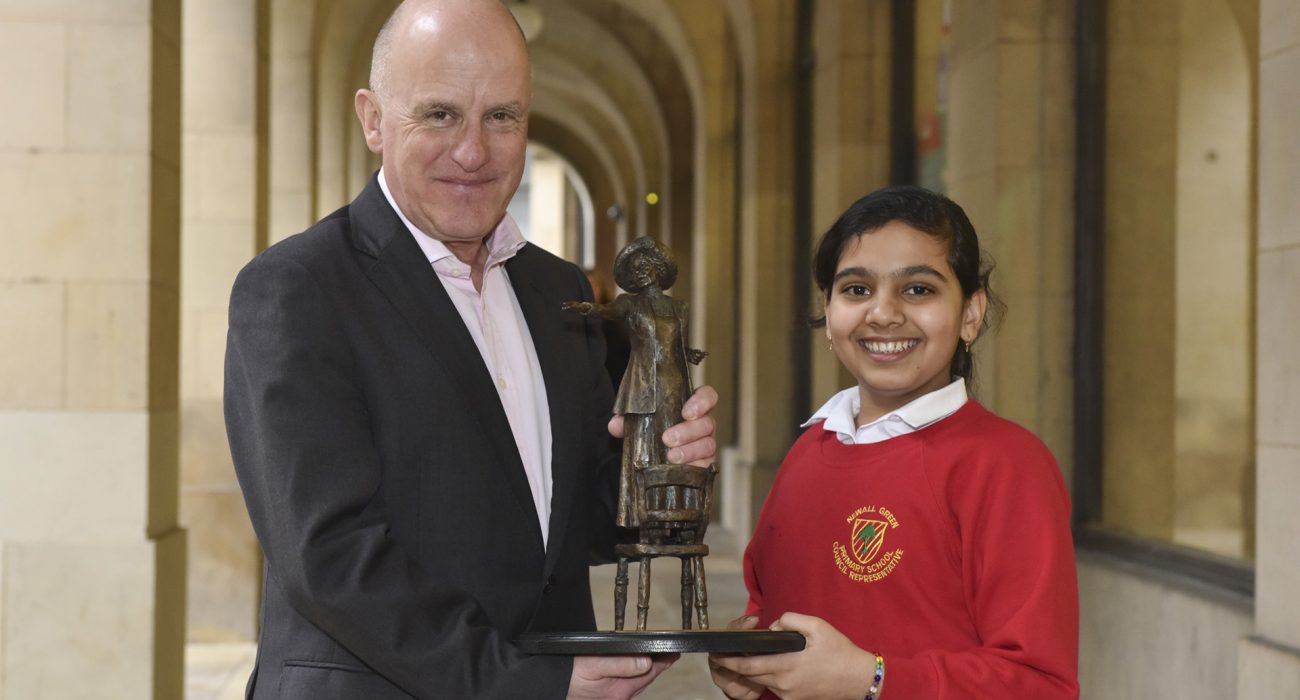 A statue of the one of the leading figures of the suffragette movement is to be unveiled in Manchester in 2018, the centenary year of the first women getting the right to vote.

Manchester City Council Planning Committee granted planning permission for a statue of Emmeline Pankhurst during a meeting held on 8th of February 2018.

Eleven year old Fatima Shahid, a pupil at Newall Green Primary School in Wythenshawe, spoke on behalf of the Emmeline Pankhurst statue at the meeting.

Fatima Shahid, speaking to Manchester City Council Planning Committee, said: “Having this statue in Manchester shows the rest of the country that we are a fair and modern city. I look forward to next year when I can visit the city centre and call to see Emmeline and say hello.

“Then, in years to come, I can bring my children and my grandchildren and tell them Emmeline’s story and tell them how I had a say in her statue being here. There is still lots to do to make life more equal for men and women.

“Emmeline Pankhurst made change possible. Since then, our parents, grandparents and great grandparents have been working hard to carry on her vision and her principles. And my generation will make sure we have a truly equal world.”

Andrew Simcock, Chair of the Emmeline Pankhurst Statue Campaign, said: “Emmeline Pankhurst’s statue will represent her story and use her legacy to inspire people, particularly young people, which judging by the response from schools such as Newall Green Primary is already starting to take place.

“We wanted to carry forward this spirit and break with tradition by inviting a young person to speak in the council chambers about what this project means to them and Fatima’s words captured this perfectly.”

Born in Moss Side, Greater Manchester, Pankhurst was a British political activist who led the suffragette movement who helped women win the right to vote.

With the planning permission in place the statue of Emmeline Pankhurst, Rise Up Women designed by Hazel Reeves, will be unveiled on the 14 of December — the 100th anniversary of some women voting for the first time in a UK General Election.

Prior to this, during July 2018 the meeting circle on which the statue will stand will be unveiled.

This year’s Manchester Media Group’s ‘Women in Media’ conference will also celebrate the fact 2018 is 100 years since some women got the vote with its many keynotes speeches, events and workshops dedicated to celebrating inspiring women in media careers.

The conference will take place at The People’s History Museum, Manchester on Saturday the 3rd and Sunday the 4th of March, 2018, from 10 AM to 5 PM. Tickets can be found here.