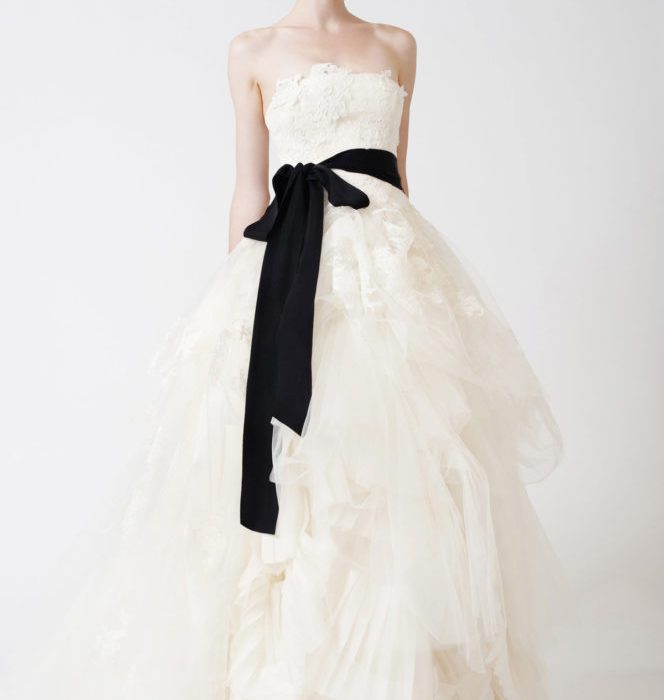 Few high-profile celebrity weddings, awards-season red carpet events or fashion-orientated rom-coms can truly be taken seriously without the feature of a Vera Wang couture gown. The line’s namesake designer has been at the centre of high-end fashion since designing her first dress aged forty and continues to reign as the industry’s couture queen.

First making a name for herself by becoming Vogue US’s youngest ever editor, Wang worked her way up the magazine that she called home for seventeen years, before a brief stint at Ralph Lauren. Of course, her greatest career journey was yet to come. Her global brand had its origins in a very personal occasion when in 1989 Wang designed her own wedding dress.

A year later, she had launched her first bridal boutique in her hometown of New York. It wasn’t long before her talent saw her open similar sites across the globe, and later take the fields of perfume, lingerie and jewellery similarly by storm.

Her work has made her the indisputable go-to for feminine, elegant and simply beautiful couture. Whilst she may be regarded as the force that introduced the strapless neckline into the wedding dress world and establishing this style as her trademark, Wang delves deeper in many of her creations, experimenting with different cuts and fabrics – think lace, think bows, think hand-stitched embroidery of excruciating detail.  Whichever way she evolves her dressmaking it is always guaranteed that her pieces look timeless.

Wang’s influence stretches further than red carpets and the pages of Vogue. If you caught this year’s Super Bowl you may not have even noticed her involvement. Its 2018 champions, the Philadelphia Eagles, donned their cheerleading squad in exclusive Wang-designed get-ups, curated by the designer right down to the ‘sneakers’.

The sport that truly holds the designer’s heart, however, is figure skating. Having competed in the 1968 US Figure Skating Championships and just missing out on making the Olympic team, Wang kept up with the elite of the sport by designing intricate costumes for Olympic skaters since the 1990s, most famously iconic numbers for skating star Nancy Kerrigan. This year Wang is dressing American male champion and Olympic hopeful Nathan Chen for the ongoing Winter Games.

With a career of this magnitude under her probably self-designed belt, we can only expect that the impact of Vera Wang will subtly guide our style for decades to come.