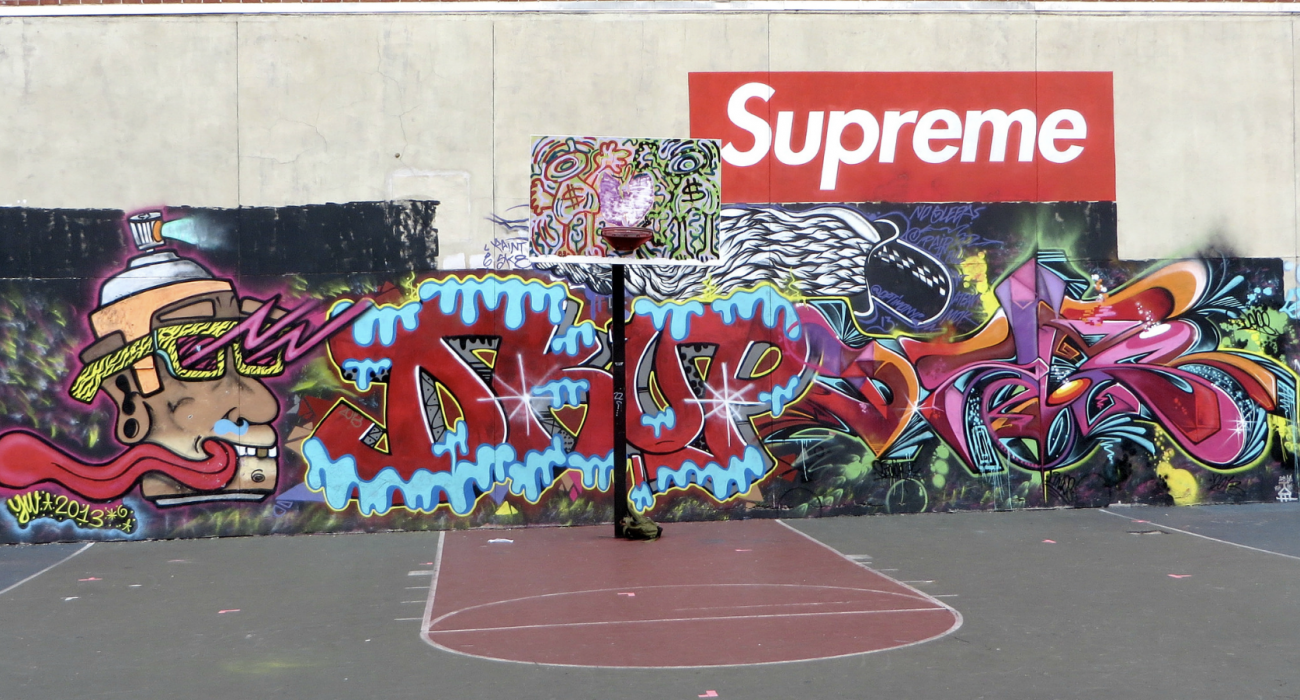 Supreme is the hype beast statement of today’s generation, with kids queueing for hours to get a piece of the glory. It is a streetwear clothing brand founded in 1994 by James Jobbier, with the goal to give fellow skaters in New York clothing to skate in and somewhere to call home.

In 1994, Supreme opened its first store in Manhattan and became the embodiment of new York’s skate scene. The supreme box logo t-shirt one of their first designs, originally sold for $19 more than 20 years ago, and has become the love letter to the cult streetwear brand. It can now be resold at prices of up to $300.

Supreme is embraced by skaters, artists, musicians and creatives who make up the supreme family. Supreme established its brand over the years as quality, style and exclusivity operating on a small scale; supreme garments are little in quantity and have only 11 stores worldwide. This exclusivity is what drives the excitement for each supreme drop, many items being rare and hard to get a hold of.

They exploit this by coming out with new clothes every Thursday, which means people will have a a reason to come back every week. This has led to the recent culture of reselling; many people rush to purchase the supreme merchandise before it sells out in mere minutes, then resell for a bigger punch of the pockets of youngsters. Many have criticised this movement as the death to streetwear believing it’s no longer about the fashion, creativity and self-expression. Whilst others believe it only strengthens the brands presence and generates greater excitement.

Now that you can understand the literal hype over supreme. You’ll understand why the name Ross Wilson and his announced plans have been such a recent buzz amongst the supreme family. Ross has been collecting supreme merchandise since 1994, since the early box logo days, his Instagram is now considered as the temple of some of most exclusive and more rare supreme pieces.

Ross Wilson took a trip from the UK to New York in October 1994 to explore the skate scene, which wasn’t very popular within the UK. Ross came across supreme whilst exploring the streets of downtown Manhattan where he bought his first box logo tee for $19. Over the years the brand widened, and they began to design shirts with the box logo t-shirt flipped onto images of famous people. Ross continued to buy into the brand because it embodied everything he was about; pop culture, music, movies and skateboarding.

Now Ross has taken his collection and made his vault of 23 years available to all hypebeast who reign the land, it consists of many skateboards, clothing, trainers and accessories etc. He held a supreme archive launch party on the 4th of February at the idle man in London where many people came out to get a glimpse of the glorious collection, it included supreme basketballs, boxing gloves, American footballs, toolboxes, skateboard decks and endless supreme clothing.

He has also teamed up with idle man to sell his items online. The intent for the exhibition was to give people a glimpse of what Wilson has to offer before he sells half of his collection. Although half of his collection will be departing from his home, Wilson will still have a heavy collection remaining, still holding the power to make every supreme fan swoon. His decision to sell some of his prized possessions on to the next generation came about when he felt like supreme was taking over his house.