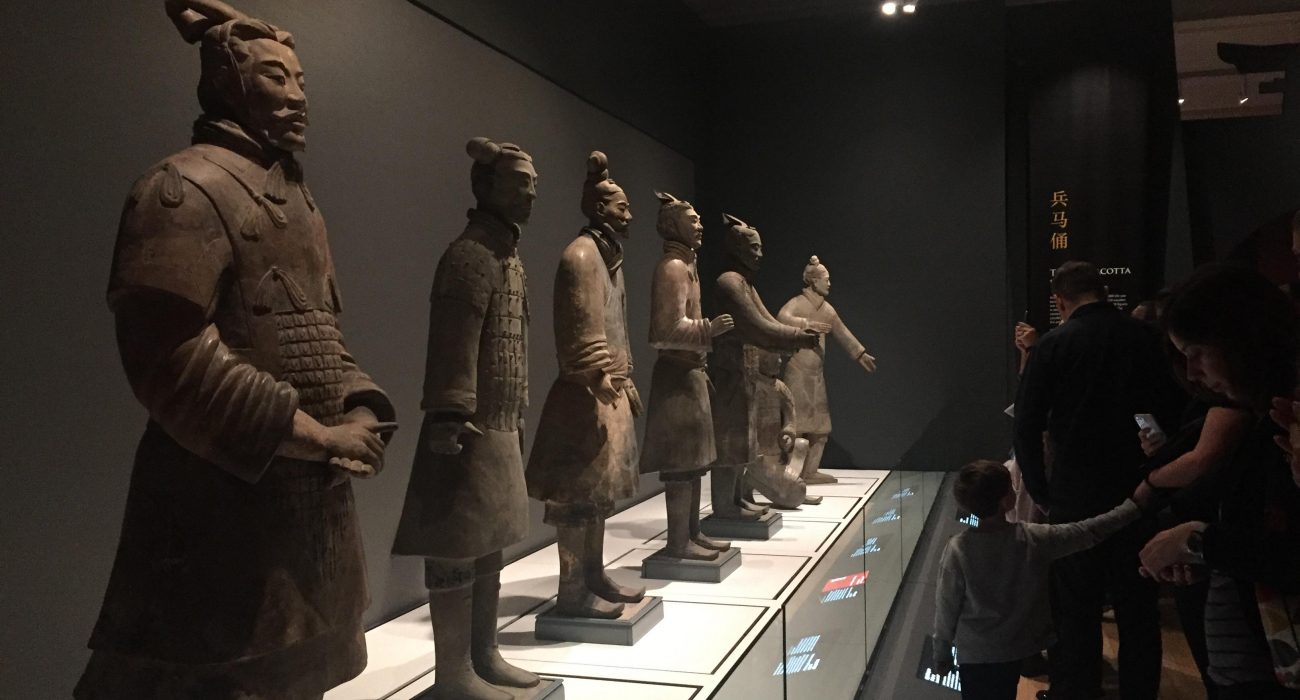 In symbolic fashion, the home of the oldest Chinese community in the UK welcomed the Terracotta Warriors to the World Museum, Liverpool in the month of the Chinese New Year.

After spending 2,000 years underground, these impressive pieces tell the story of China’s first Emperor, Qin Shi Huang, and the tumultuous climate of China’s political landscape that was the Warring States period.

Beginning the exhibition with a 3-minute introductory video that set the scene of both the country and when the warriors were discovered in 1974. Once inside, the space was bathed in reds and decorated with informative but colourful banners reminiscent of tapestries. Chinese instrumental music resonated as you viewed the artefacts, some of which that had never been on British soil.

Spanning 1,000 years of history, the exhibition was organised in a manner that made you feel as though you were following a timeline of events. The history covered began with the warring states, the rise and fall of the first Emperor as well as the rise of the Han and the dynasty’s legacy. In this backdrop were a vast range of artefacts on display, such as real weapons for the terracotta soldier’s to use in the afterlife and an impressive number of bronze works, such as wine vessels and cooking pots.

The exhibition was comprehensive and demonstrated the middle kingdom’s impressive political, societal and economic evolution within this time period and the power the nation held.

The 10-figure collection on loan to Merseyside museums, including a life-sized horse and 1 of the 9 generals, demonstrate a new chapter between China and the UK. The exhibition serves to strengthen our two countries both historically and culturally as well as recognising the city of Liverpool’s importance.

The sheer skill involved in these proud and spectacular structures communicated the power of the first Emperor. This fact is emphasised when you take into account the number of these outstanding warriors. Each soldier possess individual facial features and some take different stances, it highlights how these statues were recognised as beings for the afterlife rather than merely objects.

The exhibition successfully communicated the environment that China found itself in 2,000 years ago, as well as the infallible power possessed by Emperor Qin Shi Huang.

His fixation with his rule and legacy led him to drastic actions, such as consuming mercury to increase his lifespan. But by focussing on his legacy he perhaps created one of the greatest testaments to his rule that inadvertently pays homage to the environment which saw him rise as the very first ruler of a unified China. A country that may not have evolved from strength to strength without that crucial step.