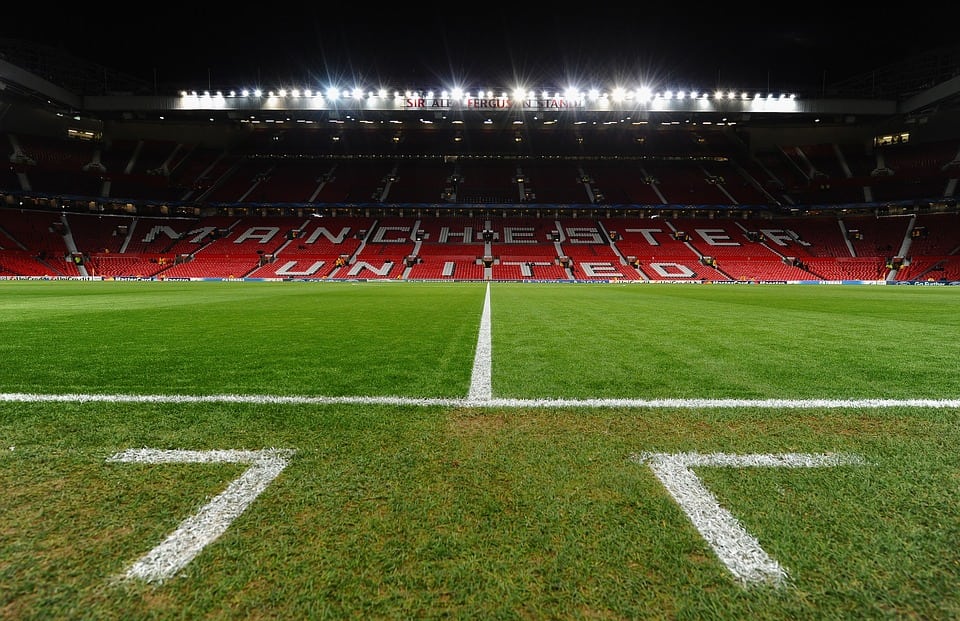 Chelsea are the visitors to the Theatre of Dreams in perhaps the most important game of the season for both teams. If Manchester United lose they’ll fall to third place in the table and into the middle of the pack. If Chelsea lose they’ll fall out of the top four altogether.

Knowing this Jose Mourinho puts out a very strong if defensive team lining up in the 4-3-3 formation. De Gea starts in between the sticks with Valencia, Smalling, Lindelöf and Young helping to guard the goal.

United’s break-out player of the season so far McTominay joins Matic and Pogba in a three-man midfield. Sanchez, Lukaku, and Martial lead the line.

It looks like McTominay’s role today will be simply to mark Hazard and try to keep the Belgian quiet. If the youngster can manage this it could be extremely beneficial for United. All of Chelsea’s moves have tended to flow through Hazard and their losses have come when he has failed to create.

Morata comes very close to opening the scoring in the opening exchanges of the game. Marco Alonso crosses the ball into the box just out of the reach of Smalling but perfectly weight for Morata. His effort ricochets back off the crossbar and the danger is neutralised. He may regret smashing his shot so hard come the end of the game.

In the opening quarter of an hour, Chelsea have had 61% of the possession. This hardly unexpected though and United have defended well only conceding the one chance. Smalling and Young so far have made some great blocks and challenges, continuing where they left off against Sevilla.

After a sustained period of United pressure that Chelsea defends well, it was surprising to see Anthony Martial not attempting any dribbles in the several opportunities he had to do so. He looks downtrodden and lacking in confidence.

United keep on applying pressure and very nearly get a goal to show for it. The ball is driven in low and Sánchez gets onto the end of it around seven yards out. Instead of taking it first time he choosing to take a touch and by that point, the window had closed, poor decision making there from the number seven.

Pogba is having a blinder of a game so far and Kante is having a big problem in dealing with him in the midfield area. As United break, Pogba is cynically taken down and Kante receives the first yellow card of the game.

Eight players get forward for the free-kick but it is quickly broken down and Chelsea break. A massive defensive positioning blunder puts Willian through and the Brazilian beats de Gea at his near post. McTominay stops tracking Willian but it is Smalling who should be in a position to stop the pass. De Gea too will feel angered that he conceded at his near post.

A series of errors there by a side that had dominated the ball beforehand. Chelsea has won all 15 games so far in the league when they score first so United will have to produce something excellent in what remains of this game to break that record.

Manchester United needed to reply quickly and they have done so. Lukaku does well to muscle Christiansen off the ball on the edge of the area and after a series of passes, he gets the ball back five yards out from Chelsea’s goal. He stabs the ball home to make it 22 goals this season and 1-1 here at Old Trafford.

At halftime the result is a fair one, both teams have squandered a couple of good chances each. Chelsea seems to be caught out with the physicality of the game with the United players tackling with some force, Willian is walking a little bit gingerly after a shunt from Matic early on.

The second half begins and it’s a cagey affair. Both teams are trying to commit players forward quickly and both are finding it difficult to complete key passes.

A draw would not be the worst result for Manchester United as they would keep their second-placed position. Chelsea, on the other hand, need to win to stay in the top four.

United seem to lack energy in the second half and Mourinho has chosen to take Martial off in favour of Lingard. The Frenchman walks off incredibly slowly which angers the home fans.

Lingard’s arrival on the pitch initiates a pick up in the tempo. His presence invigorates his teammates and they immediately go on the attack. It culminates in a Lukaku acrobatic shot that goes just over, similar to the goal Rooney scored against Manchester City.

Valencia becomes the first United player to go into the referee’s book, getting a yellow card for a bad foul on Hazard. It is in line with the way they have been playing today, with a level of physicality that is just on the cusp of a foul almost every time.

If there is a winner in this game it looks almost certain to be in favour of Manchester United. Chelsea are unable to deal with the extra gear United have found. Conte’s reaction is to bring Hazard off and replace him with Pedro.

Lukaku gets the ball on the right-hand side and bends an inch-perfect cross over Christiansen and onto the head of Jesse Lingard. Lingard’s goal is his 13th, yes 13th, of the season and means that United have scored ten goals from substitutes this season, the most in the league.

Chelsea need a goal from somewhere and Conte is bringing on Giroud for Moses to try and get one. This may be the first time Morata and Giroud have played together this season. It will be interesting to see their play style in the closing ten minutes.

In reaction to this cha, ge Mourinho brings on Bailly for Sánchez. Bailly brings on a handwritten notes and passes it to Matic, presumably with the tactics for the rest of the game. Willian chases Matic in an humorous attempt to read the note. Fabregas also comes on for Drinkwater

The Manchester United of the last quarter of this game is the swashbuckling style that the fans want to see. McTominay and Matic are winning the midfield battle allowing Pogba to move freely around the pitch and the high press allows United to win the ball back quickly to attack. Matic tries a little too physically to win the ball back and gets a yellow card.

A series of delicate one touch passes gives Morata a good shooting which he buries thanks to the post, sadly for him the flag is up though. The replay shows that he was just onside, if only we had VAR…Morata then gets a yellow card for hacking down Smalling, it’s not his day.

His opposing number, Romelu Lukaku, gets the ball with four blue shirts in from of him and no company. That doesn’t stop him though and he runs straight through them all showing a turn of pace that I don’t think anybody knew he had.

The four minutes extra time become five but it isn’t enough for Conte’s side to get an equaliser and the game ends 2-1. In the end it was a deserving win for Manchester United.

The midfield three of Pogba, Matic and McTominay deserve praise for their outstanding partnership in this must win game. McTominay especially who also played fantastically against Sevilla the week before, he is certainly proving himself as a serious contender for the midfield places now.