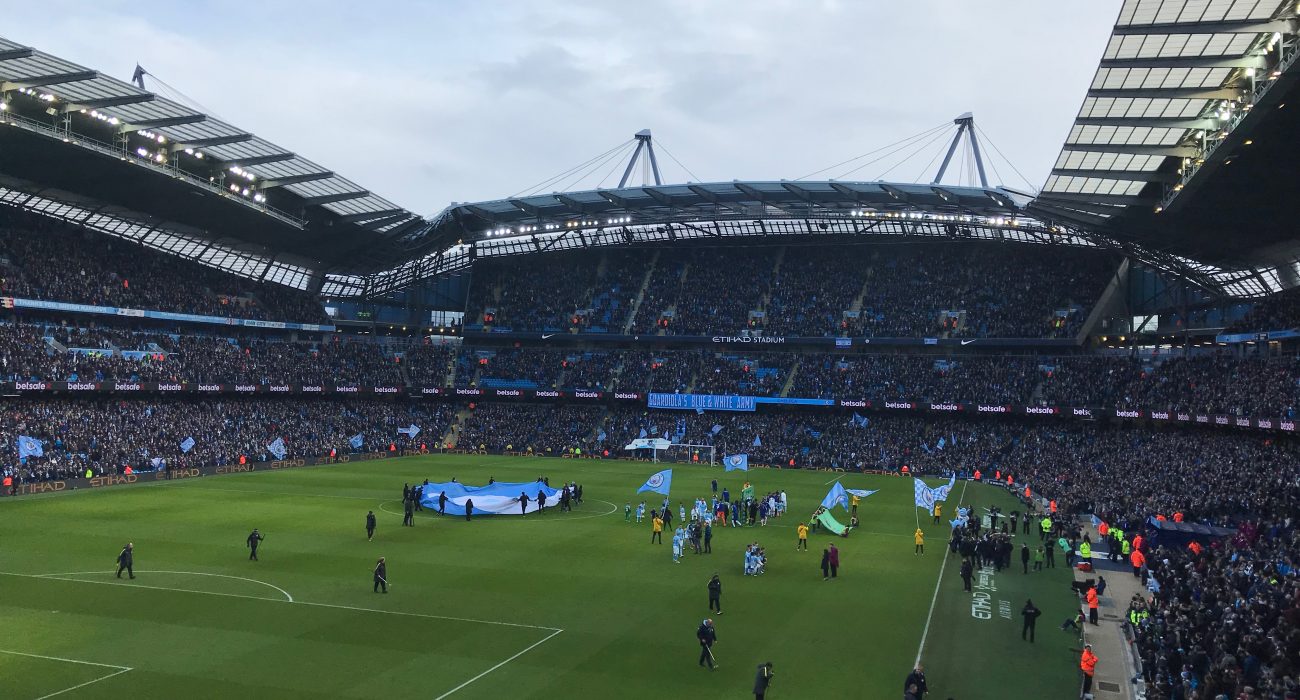 Pep Guardiola’s Manchester City took another considerable step towards the Premier League title after defeating Chelsea 1-0 at the Etihad Stadium. A solitary goal from Bernardo Silva in the second half was enough to win the game for City as they move 18 points clear at the top of the table.

Straight from kick-off the game settled into its natural rhythm as City dominated possession in the opening stages. The rigid back five of Chelsea looked to prevent Kevin De Bruyne and David Silva from finding any space near the area and the Chelsea defence marshalled City well.

Chelsea had opted to play a front three of Pedro, Willian and Eden Hazard with the Belgian operating in the false nine position. It was clear from the onset that Conte was looking to play the same tactics that earned him a 1-1 draw against Barcelona in the Champions League. Sit deep and look to hit rapidly on the break.

This plan largely did not come off for the visitors though as City did well to suffocate the London side in their own half. When they did break, Chelsea gave away the ball to easily with Pedro being particularly guilty of this.

City continued to look for the opening goal without creating any real chances. If they were to score, it looked like it would come down the left flank operated by Leroy Sané as the pace of the German allowed him to get in behind on frequent occasions. A last ditch block on the line denied Sané the opening goal.

The teams went in level at the break with City dominating possession and looking the more likely to score.

The domination was quickly turned into goals as within one minute of the game restarting, City were ahead. In the same way, a Christensen mistake had cost City in their Barcelona tie, he cost them here as failed to deal with a long pass. Instead of knocking it clear, he played it into the path of Sergio Agüero who rolled the ball into the path of the incoming David Silva. David crossed to his namesake Bernardo who beat Marcos Alonso to the the cross and turned the ball past a diving Thibaut Courtois. It was 1-0 to the hosts and it was deserved considering the balance of the play.

Despite being a goal behind, Chelsea continued to sit deep and their tactic of launching long to the diminutive Hazard, Willian and Pedro was failing. The tactical choice of playing Hazard in the false nine position was not working as it limited his time on the ball and meant he was easy to defend against for the City back line.

With the goal advantage, City slowed the pace of the game right down to a walking pace. Knocking the ball about between their back line, the home side were in no rush to push forward and could comfortably maintain possession.

With the game drawing to a close, Conte finally looked to make changes. Introducing a natural number nine such as Olivier Giroud did look to make a noticeable difference and made it all the more puzzling why he was benched. Chelsea looked to mount a final attack with Álvaro Morata also now on the pitch but it was too little, too late as the final whistle blew at 1-0.

An ecstatic Guardiola stepped out into the Manchester rain to congratulate his players and had the look of a man bearing down on the title.