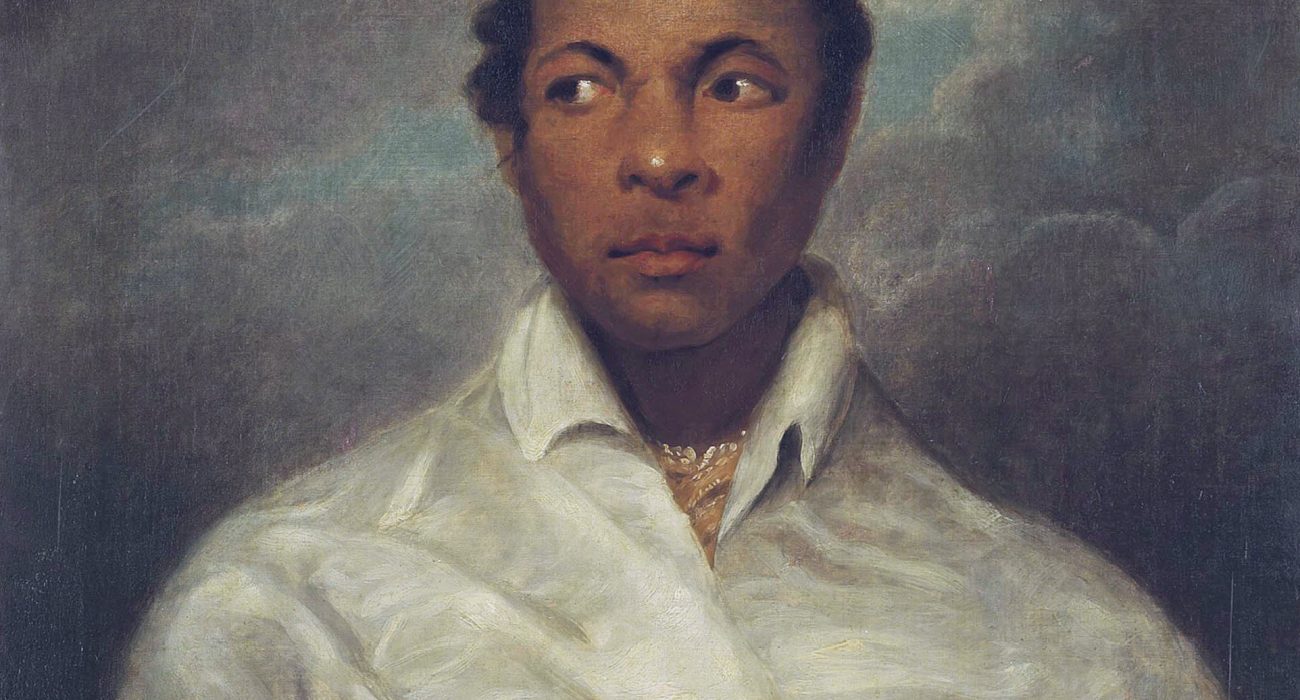 Who would think the first painting ever acquired by Manchester Art Gallery in its 19th Century collection would be its only one of a black person outside the role of servitude?

Few people see Othello, the Moor of Venice (1826) by James Northcote without recognising its captivating lustre. However, knowing its astonishing context in Manchester draws the viewer in further.

This piece shows a 19-year-old, Ira Aldrige. He first appeared as Othello in London’s Royalty Theatre in 1825 as the first black actor to play a Shakespearean role.

Northcote’s painting was purchased by the Royal Manchester Institute after he performed in Manchester in 1827.

Unsurprisingly, the pioneering artist Sonia Boyce MBE RA, the first black female artist to be exhibited by the Tate Gallery in 1985, chose this as an object which transfixes and inspires her as part of the Objects of Obsession series.

Hosted by broadcaster and Royal Academy artistic director Tim Marlow on the 8th March at the Manchester Art Gallery, the three-part series is live-streamed across a global audience.

It aims to promote lasting collaborations between regional art galleries whilst developing their digital presences and forms part of the Royal Academy’s 250th-anniversary celebrations.

As the talk opened and the painting was discussed, Boyce and Marlow’s conversation flowed with an easy, casual dynamic.

Having always explored representations of black subjects in her work and the ‘otherness’ and isolation of being black in a mainly white society, Boyce describes how “there is something so lush for me in this particular painting.”

Dealing with this ‘otherness’, Marlow and Boyce explored the myths and roles brought to light by the biography of Ira, an actor of American origin who would always profess to be from Africa.

He was said to have played King Lear in white-face, but also to have kept his hands defiantly black.

Boyce recounted how her transfixion with this piece of between 20 and 30 years of her career had not been so much for its biographical relevance, but for the intricacies of the painting itself.

The viewer cannot help but be drawn into how his distant gaze gives him an elusive, charismatic charm that places the viewer in the foreground.

The second half of the talk focused on a candid recollection of Boyce’s artistic background.

Boyce discussed her academic beginnings in life-drawing at age of 15 and then through the stages of her career, described with wit by Marlow as going from “painting to installation to collaboration to provocation.”

Manchester was described by Boyce as being “very important in terms of the shift in my practice”.

It went from the self-directed creation of single pieces, such as her seminal work in Missionary Position II  (1985), to adapting to artistic stimuli which unfold organically over time, like the Manchester-based photography project  The Audition (1999).

This saw her inundated with 900 volunteers who were photographed wearing Afro wigs at the Cornerhouse during Boyce’s 18-month residency at the University of Manchester from 1997 to 1998.

Interestingly, Boyce discussed parts of her own relationship with the Manchester Art Gallery. Especially, how on January 26th 2018, as part of a project with Boyce in the buildup to her March exhibition,  John William Waterhouse’s Hylas and the Nymphs was removed.

In the gallery’s words, this was to “bring different meanings and interpretations of paintings from the gallery’s collection into focus…”

This provoked a strong backlash, with many in the public and the media accusing her of censorship. Boyce commented in the talk on this controversy with how she was “surprised by the media ****storm.”

Delving into her upcoming work with the Manchester Art Gallery, Boyce introduced us to Six Acts, which is described by the Gallery itself as ” a night-time group takeover of the gallery exploring ‘gender trouble’ among the gallery’s 19th-century painting displays and wider culture.”

Collaborating with the performance artist and writer Lassana Shabazz, Boyce reveals Ira Aldridge as something of an inspiring element within the framing of these pieces.

The audience was subsequently teased with some behind-the-scenes shots of this exciting project, set to be shown at Boyce’s upcoming retrospective.

Sonia Boyce’s Objects of Obsession showed its audience not only the vibrant role of black art in Manchester’s history and its present but also the importance of Manchester’s art institutions in our artistic national discourse.

It is to the credit of the Royal Academy on this special anniversary celebration and to Boyce for showing such a wide audience this Mancunian homage to such a great piece, which continues to resonate with many audiences who visit Manchester Art Gallery today.