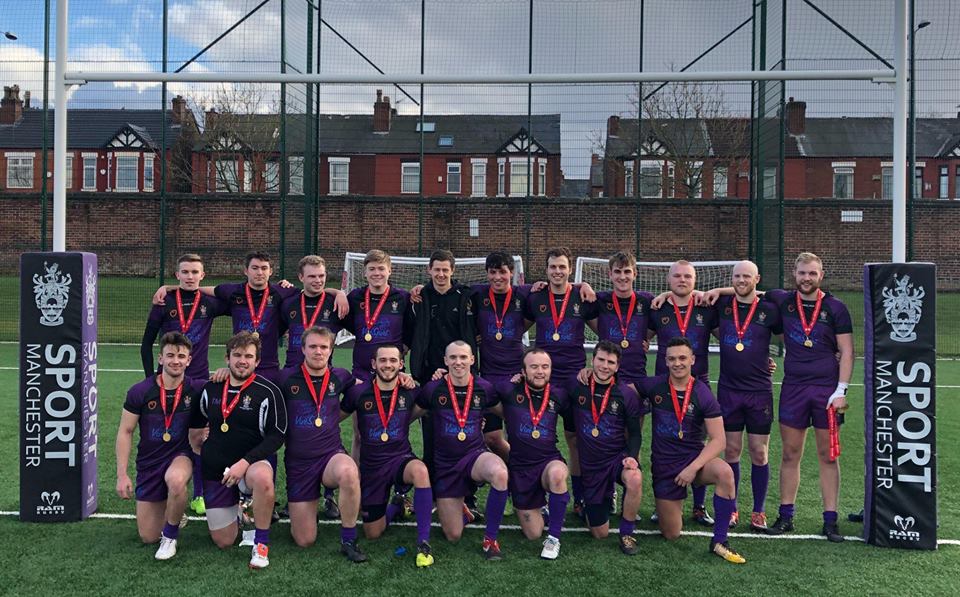 It has been a triumphant season for the University of Manchester Rugby League Football Club (UMRLFC). The club finished joint top of the league, having only lost one match all season. New coach Matt Valentine has helped strengthen the club both on and off the field, whilst captain Adam Heal has led them on the pitch.

During a long cup run, the team travelled all around the North of England, defeating strong opposition sides such as Sheffield and Northumbria in order to make it to the cup final. They went on to beat local rivals Salford in the final to win the BUCS Northern Conference Cup for the first time in the club’s recent history.

UMRLFC have been stellar in all aspects of their gameplay, as they have not only won the cup title in 13’s but are the undefeated champions of the North-West 9’s trophy. They will travel to Nottingham in April to compete in the national 9’s championship to defend their title.

One final crucial game remains for the team at the time of writing. Friday the 16th of March sees them yet again take on Salford University in the varsity match, with one win a piece this season it promises to be another gruelling encounter.

Though the season is almost over after varsity, UMRLFC still hope to give a good showing of themselves in the few games they have left. Christie Cup is to look forward to as well, where the club hope to defend their title again, and help the University of Manchester defend its overall Christie title again.