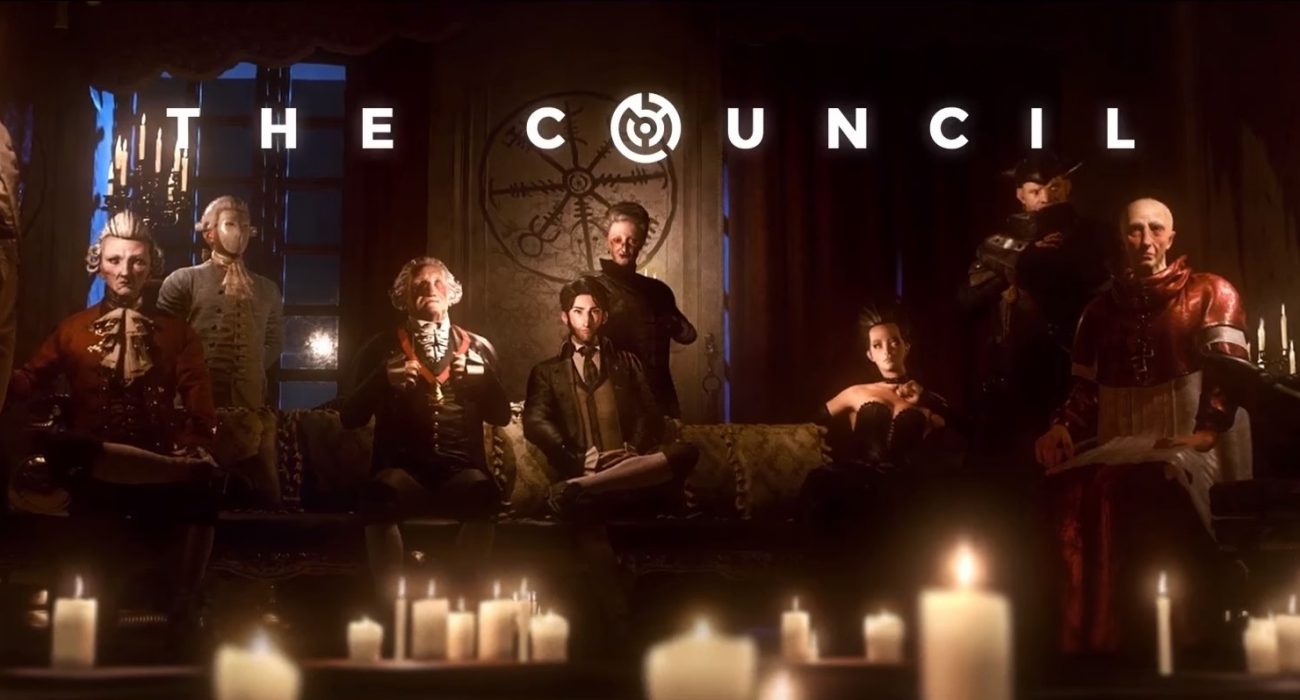 Review: The Council – Episode 1, ‘The Mad Ones’

With the resurgent advent of point-and-click or “choose your own adventure” games spearheaded by Telltale Games in the last 5 years, Big Bad Wolf’s debut episodic IP, The Council, is not exactly breaking new ground. It is, however, certainly trying to carve out a new space within an increasingly popular genre that is enjoying a renaissance of sorts, and does so in a way that is unique, whilst still feeling undeniably familiar.

The game is frustrating even from the very first moments, purely because it seems to lack finesse or fails altogether when the most basic things. This starts with the dialogue. Oh, the dialogue.

Despite being a game that is highly-reliant on narrative, everything from the performances of the voice actors, to the contrived script, all of these things put pressure on your immersion. The moment you hear those accents, you are instantly taken out of an otherwise believable and seductive world of mystery, and from then on it is very difficult to force yourself back in.

There are many moments when people don’t just talk in exposition but seem barely capable of holding a believable conversation, and lots of times when sounds or visuals lag and are out of sync with one another. These little things are concerning not merely because it is poor purely from a storytelling perspective, but also because the game isn’t so big or graphically demanding that it should be hard to run smoothly.

However, although it is evident that The Council has some underlying problems — some of which can hopefully be fixed or honed in the coming episodes — it is not all bad, and even though frustration was a constant feature of the experience, there is a lot to praise in this game. Indeed, in many ways, it is precisely because it shows so much promise, and ultimately falls short, that I found it so frustrating.

First of all, the game is visibly very striking — not because it is impressive, but because of the undeniably unique stylisation of the character models. Think Dishonored but less steampunk, with more aristocratic French flamboyance.

Unlike the instantly recognisable style of Telltale, which adopts the boxier, cel-shaded designs, or Life is Strange’s soft-anime character models, The Council has a much more realistic style, with grainy, macro-skin textures and a palette that ranges from deep dark, blues, reds, and browns, all the way to the more washed-out sepia tones that filter much of the games visuals, especially during cut-scenes, adding an appropriately dated veneer to compliment the game’s cast of historical figures.

However, the way these historical figures were portrayed was one of the main caveats of the game. I was immediately enticed by the notion of the interacting with the likes of George Washington and Napoleon and plunging myself into a world of Illuminati-like groups, but ultimately these characters weren’t used to their full potential.

The social interactions were limited, and the character’s underground organisation felt like an afterthought in many of the conversations, almost as if it was only deployed as an excuse to justify why all these guests were present in the first place.

One of the main criticisms levelled at the likes of Telltale games is that there is very little depth to the active role of the player themselves: yes, you may direct the pathway for the narrative to follow, but often the possibilities are fairly limited and the decisions have little impact on the grander scale of what is essentially a more rigid narrative structure.

Very few games offer much variation on that formula. The Council, on the other hand, makes a valiant attempt at trying to take the persistent draw-back of the genre and drag it into the more rewarding realms of a more detailed, RPG-inspired, skill-based affair.

However, as seems to be the common denominator with this title, it feels only like an attempt as opposed to a fully-fledged achievement. Whilst the skill trees are extensive, offering up three main classes: Occultist, Detective, Diplomat — with each of these offering various abilities as well as special talents to enhance and really capitalise on your chosen skill set(s) — the complexity is a bit of a double-edged sword.

It is nice to see the building blocks for real character progression in one of these games, but it feels a bit bogged down in its own intricacies. It is great that the game tries to offer different character builds/classes and skills to enable you to vary your approach, but the capacity to use them is often hamstrung by the slightly frustrating point system therein.

Rather than unlock a skill, you have to earn effort points in order to use them. These can be gained through simply be completing tasks, reading books, or obtaining consumable items such as amber fragments, but you’re likely to be short on these points if you haven’t done enough exploring.

Although one might argue this adds depth and promotes exploration by making you work harder and adding difficulty to many of the social interactions, I couldn’t ignore that I didn’t really feel the benefit over the course of a two-three hour episode and it felt frustrating when I frequently couldn’t use the skills I had chosen to get past a tricky conversation.

Ironically, however, I also had the complete opposite feeling on many other occasions when the dialogue puzzles seemed very routine. Since all the characters have strengths and weaknesses that can be viewed through the games database menu, it seemed a rather simplistic process of mismatching — like being met with a grass-type Pokémon and instantly choosing a fire.

So, how does this first episode, ‘The Mad Ones’, introduce us to this new universe? Well, unfortunately, that pretty much sums up how this first taste of The Council felt. It was an introduction; the embryonic stages of a game that I truly believe has great potential but fell short in what should have been its main objective: truly pulling me into the world so that I couldn’t wait for the next episode.