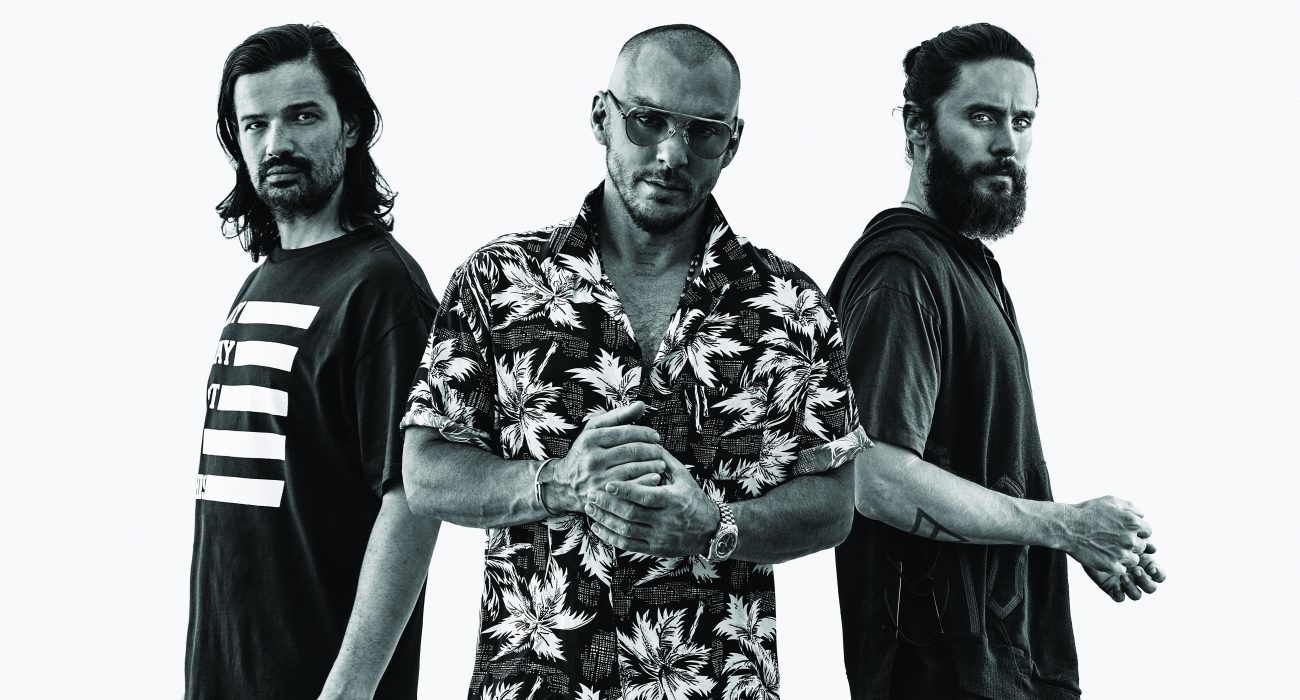 The most noticeable thing about the performance was the stage layout, which was positioned almost in the middle of the arena but not quite there. Frontman Jared Leto and brother Shannon taking centre stage, while the rest of the band stood around the stage in orchestral pit type set up, I couldn’t and still can not work out or see the point of it all.

The show started with ‘Up in the Air’, and the capacity crowd seemed more than up for it. The soaring vocal lines being sung back to the band at full volume. Jared working the audience well in his union jack poncho and red tracksuit bottoms. The show continues with some of 30STM’s more recent songs such as ‘Kings and Queens’, ‘Search and Destroy’, and ‘This War’.

Not too long into the show a man arrived on stage with a phone and began live streaming the whole show, something that I thought was quite a nice idea, it was also funny watching him try to keep up with Jared as he ran around the stage all night.

My stand-out track of the evening had to be ‘The Kill’ a track from my favourite album, brought back a weird year 9 nostalgia, although Jared did let the crowd do most of the singing for that one. Followed then by a cover of ‘Stay’ by Rhianna which the band did in the live lounge and put their own spin on.

Shortly after this, 30STM invited a fan onto the stage and told the fan he could tweet whoever he wanted from Jared’s own personal account. This for me is when the show started to lose its grip on the night, as things got more and more political. I came to watch a gig, not another Brexit debate.

After the man brought on stage had finished wasting a brilliant opportunity to get some free advertising or followers, he then asked his girlfriend to marry him. She said yes, but you would have hoped that she would as there were thousands of people watching — a resounding ‘No’ would have been humiliatingly harsh. The band kindly dedicated the next song to them and soon left the stage only to be called back for the encore.

Coming back with a ‘Walk on Water’ the crowd singing every word like they had done so beautifully all night, ‘Vox Populi’ was next with the boys leaving us with ‘closer to the edge’. Inviting fans from the audience to come onto the stage and share the final song with them. A nice touch for such a big band I thought.

Vocally and musically, the guys didn’t put a foot wrong, but, for me, the political tweeting and the proposal kind of took the wind out of the sails of the show, plus I’d have liked for 30STM to perform a few more older songs in their set too. 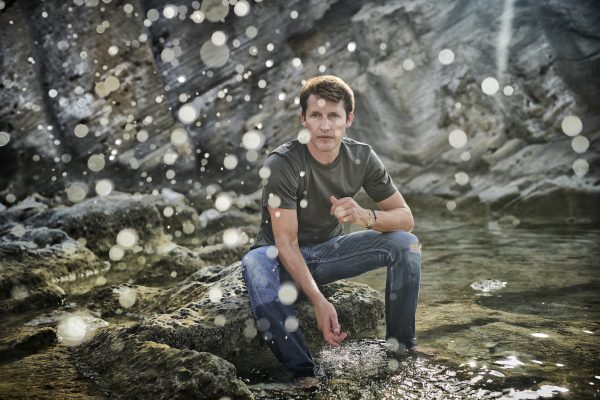