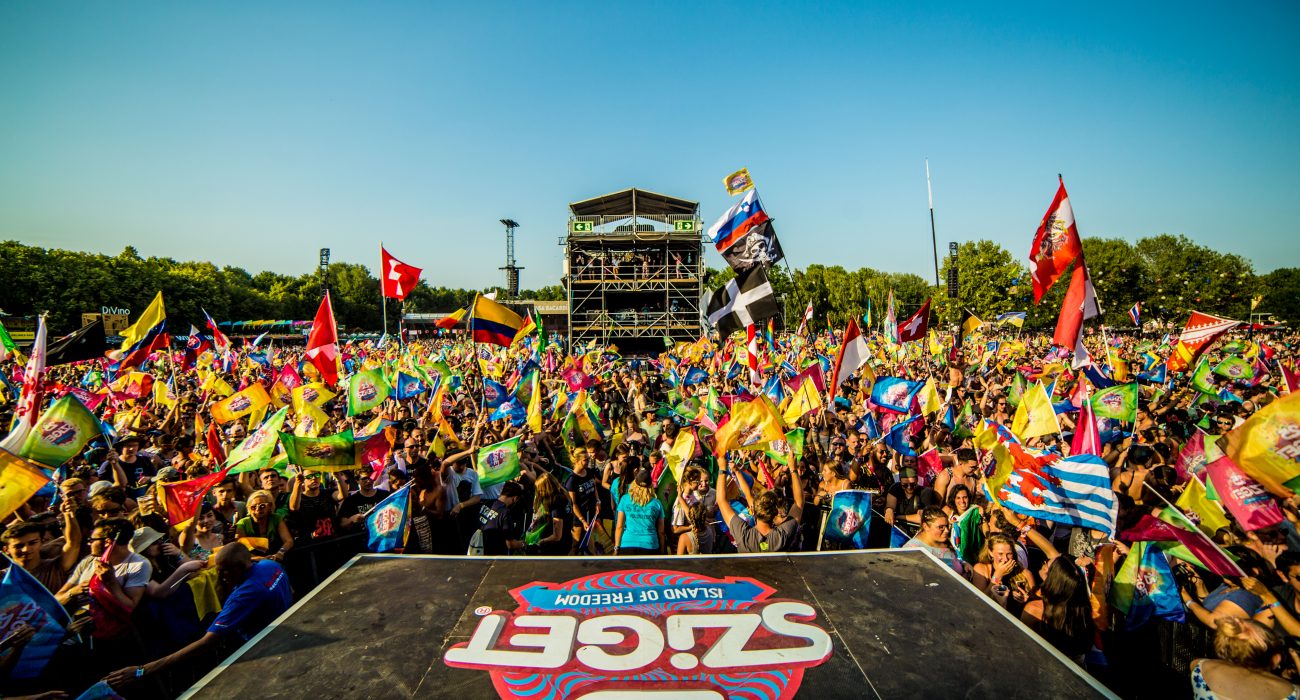 As I think we’ve all come to realise, the UK festival scene isn’t as happening as it once was. It’s time now to look beyond the UK’s dreary boundaries, and towards festivals that offer something completely different.

SZIGET is a festival based in Budapest, Hungary, so if Budapest is on your travelling bucket list, going to this festival lets you kill two bird with one stone.

The week-long festival — yeah, you read that right — starts from the 8th of August, stretching out to the 15th, consisting of the best lineup I have seen so far for summer 2018. SZIGET not only covers huge music stars of today but incorporates artists from every genre, from every part of the world, as well as comedians and performance art throughout the week too!

The festival sums itself up nicely with this statement about their movement the Love Revolution:

Now, if that doesn’t sound like a place that you want to go to, then we should probably not be pals, because reading it makes me already feel so excited and it’s a revolution I wholeheartedly want to belong to.

SZIGET is set to be an experience on every one of your senses. The festival creates a parallel universe filled with beautiful art installations, sculptures and artwork intended to feel free and full of spirit. The art is put in place to encourage laughter, fun and talent.

Hopefully, so far you are already interested and now you’re just dying to know who’s headlining because ultimately that’s what you’re there for. SZIGET has frustratingly put on such a good line up that seeing them all will be impossible. It’ll be such a challenge for festival goers to pick one over the other. But first, let’s just have a rundown of exactly what and who is popping up at this incredible SZIGET festival.

Let’s just kick off by saying that SZIGET is one of the select few festivals that are proudly able to say that the infamous Arctic Monkeys are performing. If you want to see them on their tour alone you’ll be paying £80, so you might as well pay 299 euros (£260) and get to explore a new city and have the chance to see Lana Del Ray, Gorillaz, Kendrick Lamar, Dua Lipa, Stormzy and Manchester’s very own, ‘our kid’ Liam Gallagher; now that’s what I  would say getting the most for your money looks like.

Not only has SZIGET managed to pull such powerful acts for their headlines, they are also showcasing some of the best indie/rock talents too. Bands such as Wolf Alice, who released their newest album ‘Visions of a Life’ just shy of last years festival season, so are ready and raring to go. As well as  SLAVES who despite having not released anything new since 2016, never fail to disappoint in any kind of performance.

Who else? Nothing But Thieves, Blossoms, GooGoo Dolls and Shame.

But we’re not even nearly done, oh no. So buckle up because you’re in for quite a ride. In the lineup, we have the incredible Mumford and Sons, who again haven’t released anything too recent, which is why for me I am pleasantly surprised they’re included, maybe they have something brewing in the pipeline? As well as our northern favourites Everything Everything who are performing on Saturday 11th.

SZIGET has managed to cram pack so much into one week, it wouldn’t be complete without some incredible DJ talent. Gorgon City is gracing the festival with their infectious house and techno style. Petit Biscuit, in contrast, is serving fluttery, sunshine filled music perfect for the sunny weather. Above and Beyond and Ummet Ozcan are offering those thumping heavy baselines for the week.

SZIGET has pulled talent from across the globe to perform, so the likelihood is that there are bands that you may never have heard of. I’ve gone through the line up and listened to all of them (yes all of them), and here are some of my picks that I’d never heard of before, but highly recommend.

Sexy Zebras (Spain) — this rock trio from Madrid in provides an overwhelming feeling of ‘over the top’ in every sense of the phrase. At first I was sceptical due to the name, however, their image and sound and tongue in cheek aura has completely hypnotised and pulled me in. They feel like the Spanish tanned answer to Don Broco.

Borgore (Israel) — This EDM artist/singer-songwriter/rapper transports us back to 2012, when dubstep was in its prime. Borgore has collaborated with the likes of Miley Cyrus and Bella Thorne. Borgore’s’ music again exuberates silliness and fun.

My Baby (Dutch, New Zealand) — Described as being a mix of folk, blues, country and funk, this band have an overwhelmingly exclusive and unique sound.

This DJ duo produce impeccable remixes and songs that are perfect for easy listening in the sunshine. The duo is made up of Jeroen Kerstens and Steven Berghuijs, who have mastered their genre in a way that is completely enchanting.

I could go on and on about all the incredible acts that are performing at this amazingly vibrant and eccentric festival but don’t just take my word for it, go see for yourselves.

For more information and tickets, check out their website.