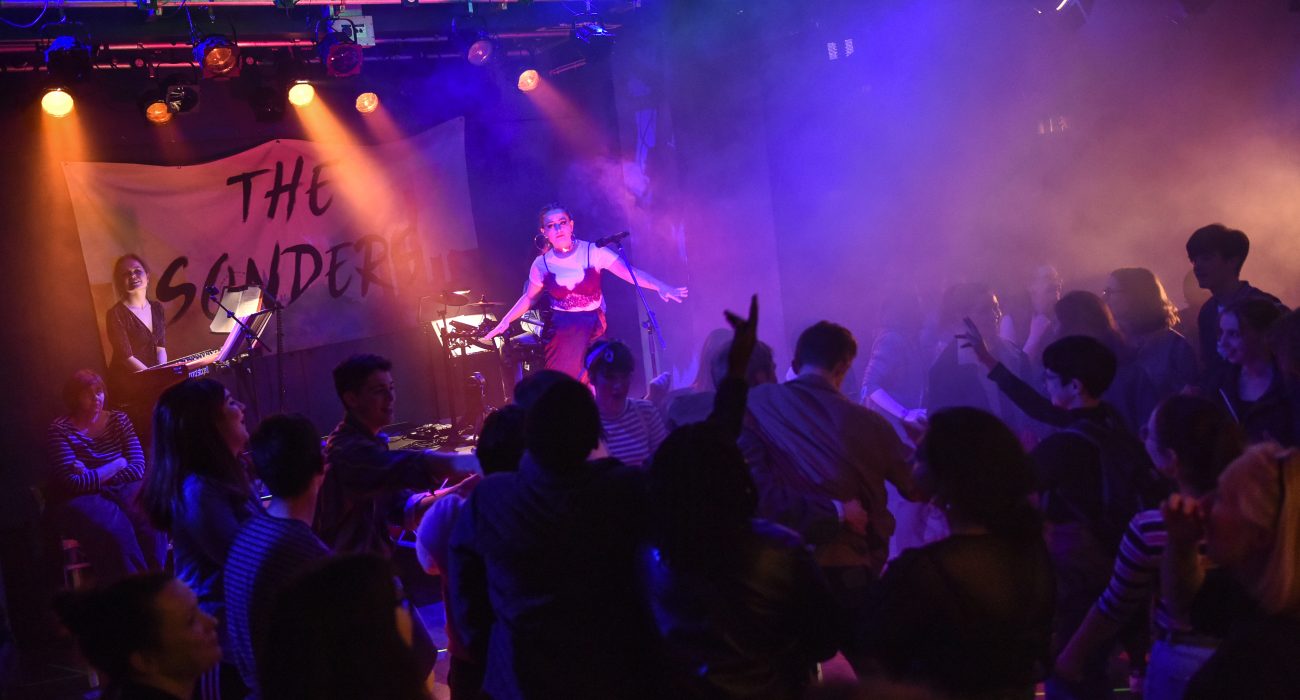 A new production devised and performed by the Royal Exchange Young Company, Mixtape tells the stories of Manchester’s young people through the framing device of the city’s three rivers. Part gig, part musical, part play, the Company weave these narratives together with ease, creating a cohesive evening of theatre that is uniquely Mancunian.

Led by our emcee, Elli Kypriadi, Mixtape is an evening full of foot stomping and buzz. Whilst there are moments that were overly earnest, the cast consistently put their all into the production across the evening. There was a real sense that each cast member brought their particular skills and interests to the table when devising the production, from Gabriel Clark’s smattering of Italian to Charlie Shaw’s DJ set at the end of the night.

It was some of the more peaceful moments that really stood out for me: John Featherstone’s monologue about deafness had the audience enthralled, as did Aidan Feely talking about coming into the city on his own for the first time. In short, each cast member brought something unique and interesting to the show, whilst maintaining the sense of ensemble that really made the night shine.

Particular notice must go to Zoe Ndlovu as Siphilise, whose passionate fury and powerful vocals in the song ‘Too Black, Too White’ had the Royal Exchange Studio quaking. Mixtape didn’t shy away from dealing with race, sexuality, religion – but this never felt tokenistic or cynical. Instead, the Young Company were dealing with the issues that directly affect them. Even a song as comparatively light hearted as Rebecca Xuan Le’s ‘Timelines and Twitter Feeds’ dug into the loneliness of social media from the perspective of someone who seems to be succeeding.

Mark Distin-Webster’s lighting design really contributed to turning the Studio into a gig setting and, with this alongside the set, I was oddly reminded of the work of Julian Crouch and Kevin Adams on the recent Broadway production of Hedwig and the Angry Inch. As in Hedwig, the gig set-up of this show engenders intimacy between audience and performer. I felt more could have been done to further this as whilst the use of some audience interaction had potential, the actors seemed uncomfortable in these moments.

Ultimately, however, Mixtape is full of bangers, hummable tunes, and a whole lot of hope for the future of Manchester’s theatre scene.