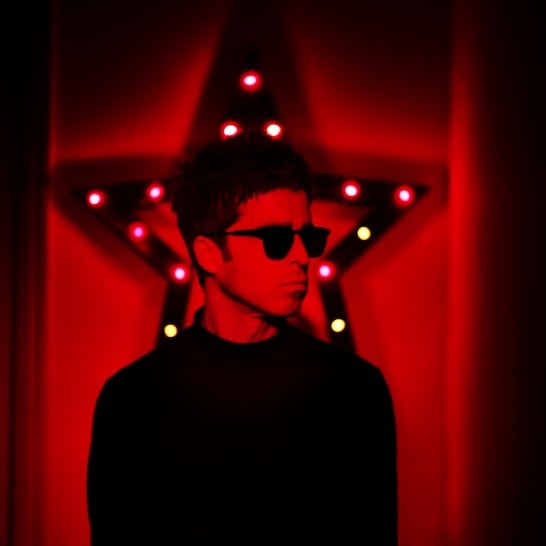 It’s always funny at Noel Gallagher gigs, to watch the reactions of first-time youngsters who listened to their dad’s Definitely Maybe CD in the car growing up or the veterans who’ve aged in Oasis eras and cling to the old days with sideburns and an ‘ard aesthetic.

There’s something about Noel which makes people just stop and listen in awe. Whether that’s his legacy, his songwriting or understated brilliance is hard to say, and specific to the individual. When he came out at Manchester Arena to adoring supporters to ease them into polished but experimental new material, it was clear no-one has given up on Noel just yet.

“I normally talk about football teams here, but I don’t have to do that now”, smirked Noel, referring to City’s recent crowning as Premier League champions, which riled up fans who seem to worship the ground he walks on until he implies their beloved city is blue.

Acoustic segments diversified the performance from seemingly ‘out there’ Who Built The Moon? tracks, which appeared to be met with a nodding appreciation but offered no bite. ‘If I Had A Gun…’ served up gorgeous vocals and easy listening, whilst ‘Dream On’, ‘Little By Little’, and ‘The Importance Of Being Idle’ planted the show in earthy Oasis ground.

‘Dead In The Water’ – regularly acclaimed by critics as the ‘Oasis b-side’ track to the new album – was clearly a moment lots had been waiting for, as its melancholy tone wavered out into the masses and Noel triggered an emotional response.

None were quite as emotional, however, as ‘Half The World Away’, which tangibly stepped up the energy and nostalgia in the space. Besides inevitably triggering a mental picture of The Royle Family sat on that scummy sofa watching the box to the sound of that track, the song meant a lot to Mancunians that night.

Whilst ‘AKA… What A Life’ proved a powerful closing track, roaring with momentum and hard-hitting beats, the encore was where the magic really happened. ‘The Right Stuff’ was sung by Noel’s backing singer, and she sonically astonished as she ripped through the strange track, in true Pink Floyd-esque wild magnificence.

‘Go Let It Out’ was an unusual but surprisingly infectious Oasis cover choice, and before a concluding rendition of ‘All You Need Is Love’, Noel couldn’t leave Manchester without ‘Don’t Look Back In Anger’ touching hearts. Approaching the year anniversary of the Manchester Arena attack, that song was more poignant than ever, and left the Arena brimming with cultural pride.