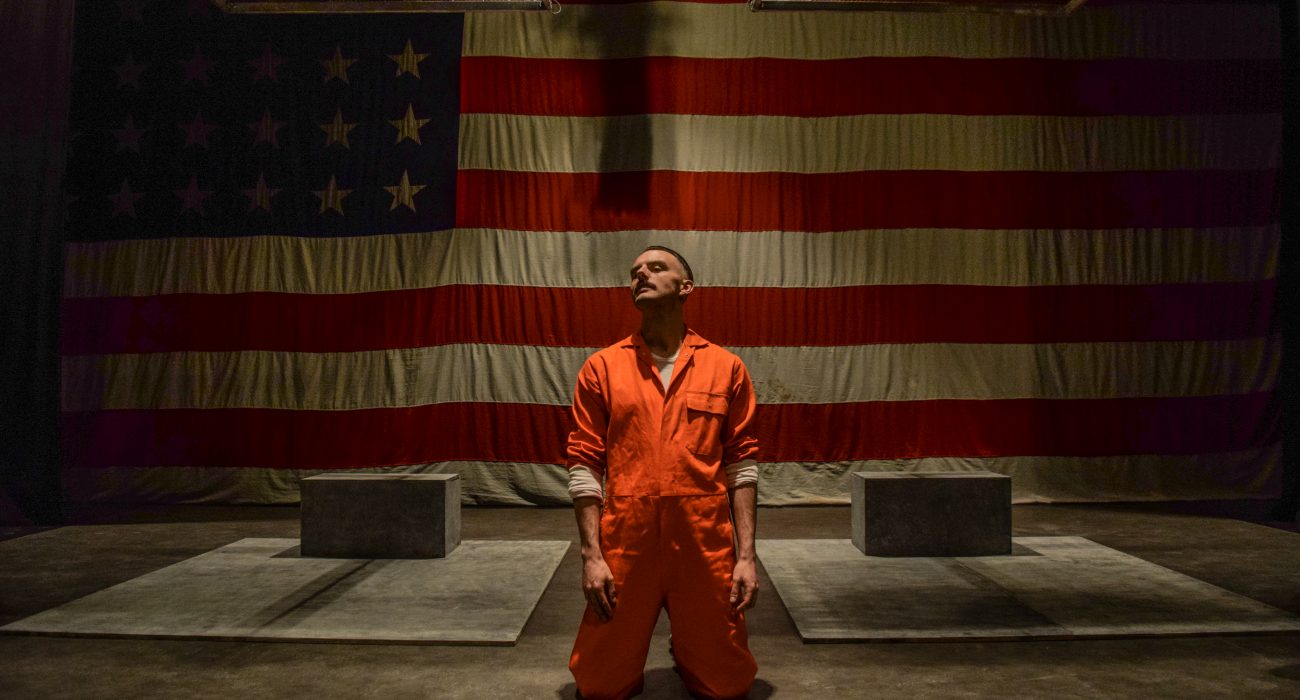 Review: Jesus Hopped the ‘A’ Train

‘Our father who art in heaven, Howard be thy name’: Jesus Hopped the ‘A’ Train opens to a kneeling and newly incarcerated Angel Cruz, played by Danny Solomon, as he stumbles over his prayer.

We immediately begin to get a taste of the play’s dark wit as about two minutes of profanity ensues between Cruz and two other prisoners over the speakers, mostly consisting of ‘shut the f*ckity f*ck up’, ‘no you shut the f*ckity f*ck up!’ We learn that standoffish, quick-talking Cruz is awaiting trial for, as he puts it, ‘only shooting him in the ass!’

The beginning of the play continues with this sentiment until suddenly it turns dark: the man Cruz ‘only shot in the ass’ has died, and Cruz, after a failed attempt to hang himself, now faces the potential of a life behind bars. Here, facing his future, he meets fellow inmate and serial murderer, Lucius Jenkins.

Director Jake Murray effectively negotiates these sudden changes in pace and the intertwining of comedy, desperation, and reflection. The minimalist staging, with suspended frames of wiring to represent the prisoners caging and a large American flag as the backdrop, never distract from the performances of the actors whilst serving as a constant reminder of the fine line between what it means to be trapped and to be free.

Faz Singhateh gave a brilliant performance as Lucius Jenkins. Each time he was on stage there seemed a palpable energy and his portrayal of the complex character of Lucius was as hilarious as it was provocative. Danny Solomon also gave a great performance, especially in his ability to tackle the emotional layers of the play and the psychological workings of his character.

Credit must all be given to the rest of the cast. Alice Bryony Frankham as lawyer Mary Jane, held her own in playing the only female character in the play, as did Alastair Gillies and Garth Williams in playing very different kinds of prison guards. However, I would say that the majority of the cast could do with working a bit on their American accents.

As a whole, Elysium Theatre Company’s performance of Jesus Hopped the ‘A’ Train was a provocative, funny, and captivating piece of theatre which tackled issues of faith, freedom and the questioning of our own morality.