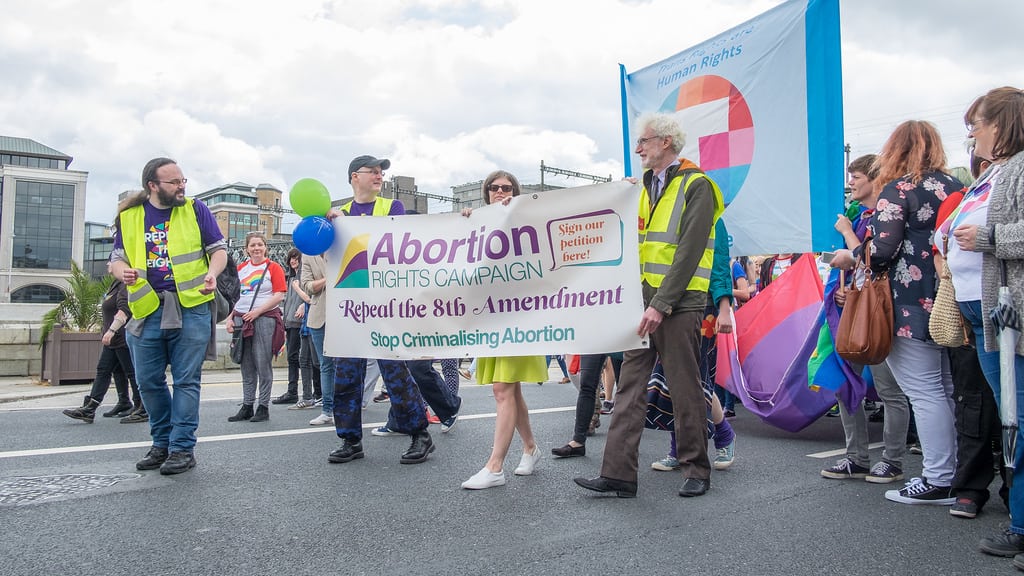 Repealing the 8th: What the vote for “YES” means to the women of Ireland

On the 25th of May Irish history was changed with the Republic’s landslide referendum victory for a “YES” vote to repeal the 8th amendment on the criminalisation of abortion.

The death of Savita Halappanavar in 2012 was the catalyst for legal reform surrounding abortion in the country. Halappanavar, 31, died of sepsis in the University Hospital Galway after being denied an abortion for a pregnancy in which doctors estimated that miscarriage was inevitable. The Protection of Life During Pregnancy Act 2013 was passed after her death. For generations, women were literally dying, and it seemed no one was listening.

I spoke to some of the women from Autonomy, a women-led collection of creative writing published by New Binary Press of which the profit goes to the Together For Yes campaign in Ireland.

Editor of Autonomy and Chair of Cork Together For Yes, Kathy D’Arcy, told me that “sometimes stories about real human experiences have the power to change people’s hearts and to make them understand, where even hard evidence fails.” Being able to humanise an idea which has been so politicised for generations is important to the understanding of what it means to be pregnant in a country that criminalises, and demonises, abortion. Autonomy brings us one step closer to understanding the real experiences of women in Ireland. By reading the anthology, which I urge everyone to do, one witnesses women demanding back the power and conversation over their bodies.

“If you still wonder if it’s alright to force someone to stay pregnant against their will, please read the stories in this book with an open heart. It’s time to stand up for our women” D’Arcy said.

The anthology covers an array of issues concerning the 8th amendment. ‘Dystopia’, a poem by Elaine Feeney, contemplates the dangers of unregulated and illegal abortions. One powerful stanza reads:

“There is woman and organ, uterus, brain, lung, skin, heart. They can do good, or sometimes they can kill her.

“Till you all know this we will carry sharpened blades in our apron pockets.”

Before the 25th of May, importing and taking abortifacient medication could lead to the woman’s arrested and possible sentencing of up to 14 years in prison. It’s almost unbelievable to think that in the last three years Ireland has legalised same-sex marriage (the first nation to do so by way of referendum) and voted to repeal the 8th amendment.

The political and social scope of the country is in the midsts of revolutionary change and liberalism in direct opposition to its conservative history. It was only in 1993 that same-sex relations were decriminalised, the same year that condoms were no longer defined as a contraceptive and could, therefore, be deregulated. It was only two years later a public referendum decriminalised divorce.

As the granddaughter of a divorced Irish woman, and the great-granddaughter of an Irish woman who hid her teen pregnancy from the world and was forced to watch her daughter grow up pretending she was her sister, votes for women’s rights in the country are a vote for women being able to take back their bodies, take back their lives, and fight for the equality they have been hungry for, for generations.

Aoife Inman, the author of ‘The Contaminating Agent’, a short story for Autonomy, and current postgraduate History student at the University of Manchester, said that a vote for yes: “made more than just history… It was also a beautifully emotive moment for so many people across the country whose personal stories has been so closely affected by the cruelty of the Eighth Amendment, which was something really moving to be a part of.”

But a vote for yes isn’t the end of the affair, says Inman. “Importantly, this vote is just the first step in claiming back ownership of our bodies in Ireland. Now that the Eighth has been repealed it is important that safe, fair legislation is implemented as swiftly as possible to fully institute change.”

Kira Kalsi, a politics and modern history undergraduate at the University of Manchester, originally from Ennis, Ireland, told me that she has had nightmares of pregnancy since being a teenager. “I can’t impress upon anyone the fear that we’ve lived under: an unplanned pregnancy is scary for anyone, never mind the added complications of restricted health care, and lack of options” Kalsi states.

“I really hope this, coupled with the marriage vote three years ago is the beginning of Ireland shedding its traditions of state-sanctioned abuse and oppression. Even though I no longer live in the country, I’m still incredibly invested in its social progress!”

The landslide victory for the Together For Yes campaign has put extra pressure on the UK government to address abortion in Northern Ireland, where the UK 1967 Abortion Act establishing legal abortion was never applied. In February earlier this year, a United Nations committee found that “the UK violates the rights of women in Northern Ireland by unduly restricting their access to abortion.”

Dawn Butler, the Labour party’s shadow women and equalities secretary, tweeted: “The government must act to ensure that women in Northern Ireland have the same rights as women across the rest of the UK.

“Labour is calling for the government immediately to begin negotiations with political parties in Northern Ireland about legislation to extend abortion rights.”

Labour’s shadow attorney general Baroness Chakrabarti has dubbed the vote for “yes” in the republic of Ireland as a “feminist test” for the UK government.