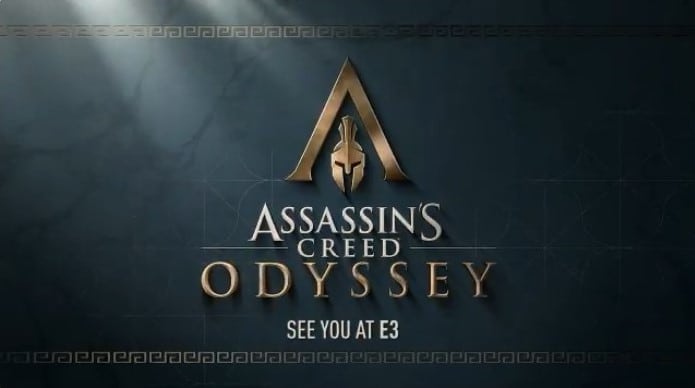 After the recent Walmart leaks and the likes of Bethesda having to cash in on the buzz with their announcement of Rage 2, not to mention having just dropped the proverbial atom bomb that is Fallout 76, it feels like E3 is already here and we already know a great deal about what’s in store.

Thanks to a leak from French website JeuxVideo, we can add another would-be reveal to that list with the next installment in the Assassin’s Creed franchise: Odyssey. The leak came in the form of a photo taken of some merchandise: a key ring featuring Spartan-esque helmet, as well as the full packaging, complete with title and a new variation on the iconic Assassin’s insignia.

This leak comes after a long period of speculation over the next title in the series, with many having already posed the suggestion of ancient Greece in light of the numerous references in Assassin’s Creed: Origins — the cities of Cyrene and Alexandria, not forgetting the more direct references to Alexander the Great himself — as well as Liam Robertson of ComicBook.com reporting that sources had been toying with the idea of Greece as early as 2015.

According to Robertson, Greece was initially going to feature in Origins, but the decision was made to save it for the next game as it would enable them to more deeply explore a period rich in history and culture. As alluded to, some references were made in the most recent title, with both Alexander’s tomb and shield featuring in the narrative, suggesting that Ubisoft were intentionally pointing players in the right direction long before any of this information dropped.

As you can imagine, this most recent and convincingly substantial leak sent the internet into a veritable frenzy and since the proverbial cat had already been let out of the bag, Ubisoft elected to make an official announcement.

Mere hours after the keychain leak began circulating around the web, Ubisoft posted a 5-second clip apparently alluding to the iconic “this is Sparta” scene in 300, showing what looks like one heavily-armoured Greek phalanx kicking another off a cliff, before promptly confirming the official title and simply captioning it: “See you at E3!”

For many, this reveal was doubly-surprising given the fact that after the less than impressive Unity and Syndicate, Ubisoft had remarked that they planned to take more time between installments, as a 2-year break clearly seemed to pay off with Origins, both critically and financially.

The release date has not yet been confirmed, though E3 might change that. However, it appears Odyssey is now being touted for a late-2018 release (as opposed to the original 2019 launch window tipped by Robertson and the like).

Of course, nothing is confirmed as of yet, but if there is one thing to be sure of it’s that we’ll hear more about it at E3.