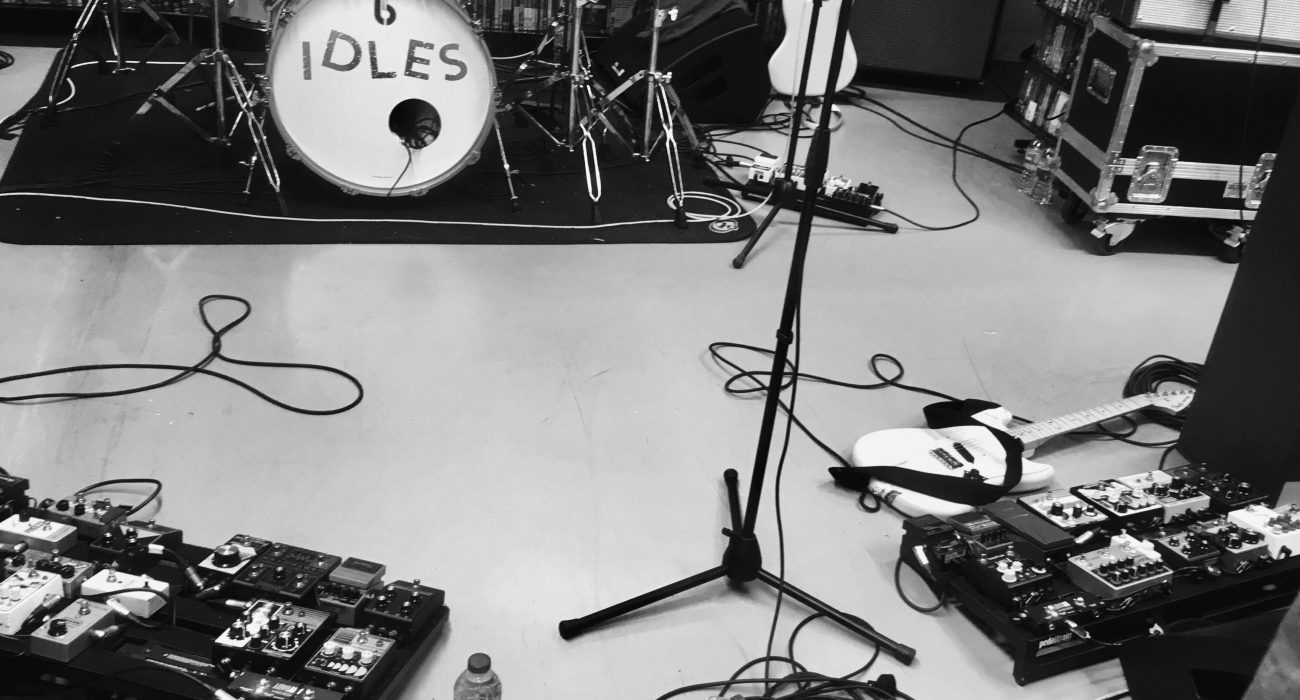 Taking to the stage more than an hour later than expected, Idles frontman Joe Talbot thanks fans for their patience – “standing in queues is shit” he laments, though those who had braved the tail end of Manchester’s summer weather are each individually thanked with a handshake by Talbot as his equipment is loaded in.

The band open proceedings in a similar manner to their latest release – Joy As An Act Of Resistance. The relentless, motorik beat of LP opener ‘Colossus’ rattles the ventilation system as Talbot stares ardently into the room. With only a set of monitors separating them from the crowd, this truly is an intimate affair which is appreciated as much by the band as it is by the fans. Though the stage (or lack thereof) is only a few feet wide, the group still somehow find ample room to throw themselves, their equipment, and fans alike around. By the end of the second song ‘Never Fight A Man With A Perm’, any notion of a setlist has been abandoned. Instead, requests are taken from audience members as Talbot menaces his way through the crowd.

Undoubtedly the highlight of the evening comes in the form of ‘Danny Nedelko’, the first single released in support of their current album campaign. Taking its name from a close friend of the band (and frontman of fellow Bristol-based band Heavy Lungs), the song is a vitriolic pro-immigration anthem taking aim at the rising tide of nationalist sentiment that is becoming ever more prevalent in a post-Brexit Britain. Fans yell the lyrics back almost militantly, an impressive feat for a song that has been in the public sphere for such a short amount of time.

Despite the exhaustive touring schedule that the group have embarked upon (with two shows per day seemingly the norm), there is no let up in their energy levels. ‘The Idles Chant’ from 2015 EP Meat sees guitarist Mark Bowen leave the confines of the floor to instead clamber precariously across a book stand, his microphone being lost to the crowd in the process where a group round off the evening by graciously taking over vocal duties.

There is no doubt that Joy as an Act Of Resistance will quite rightfully find itself nestled comfortably in the upper echelons of critics’ end of year album listings. With a fervent live show to accompany and an exponentially growing mass of dedicated fans, Idles tonight proved why they are one of the most relevant and essential young British bands of 2018.