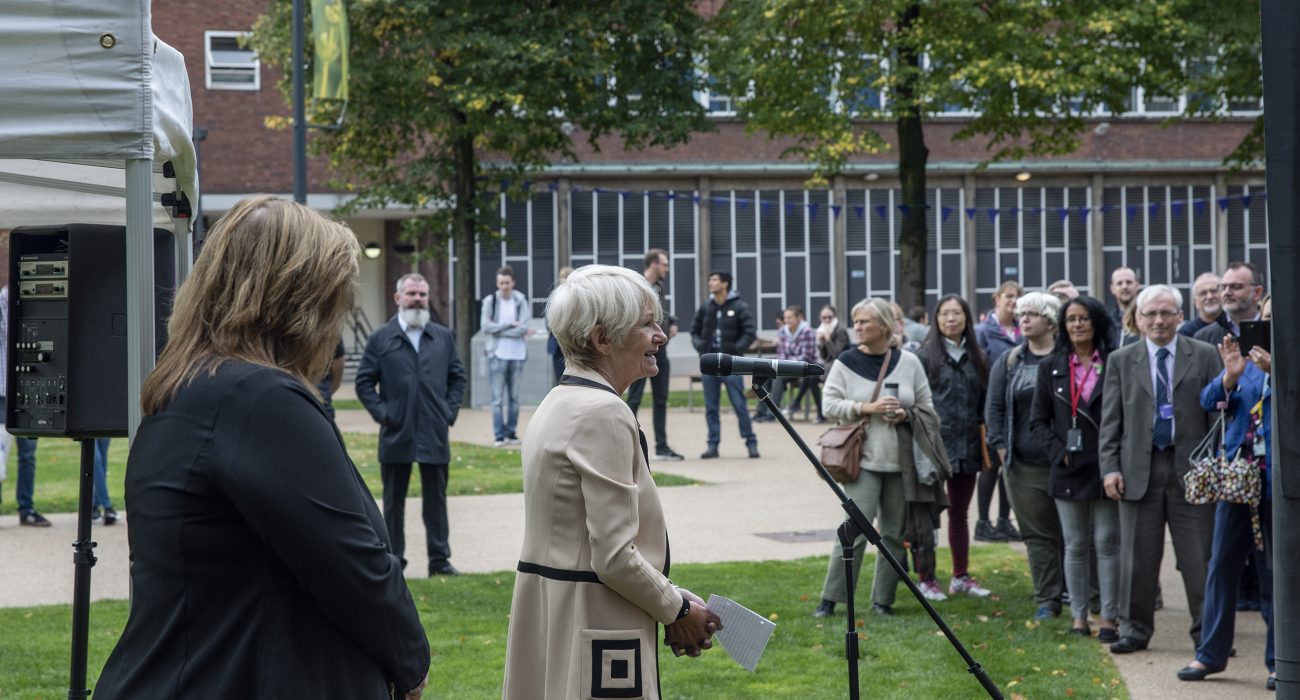 The campus’ newest park, Brunswick Park, was opened by President and Vice-Chancellor of the University of Manchester, Professor Dame Nancy Rothwell, in an official ceremony today.

Located just off Oxford Road opposite the Whitworth Hall, Brunswick Park is the largest green space on campus and includes seating areas, trees, wildflower planting, and pedestrian and cycle paths. The parkland was created on the site of the former Brunswick Street, and took 16 months to transform. 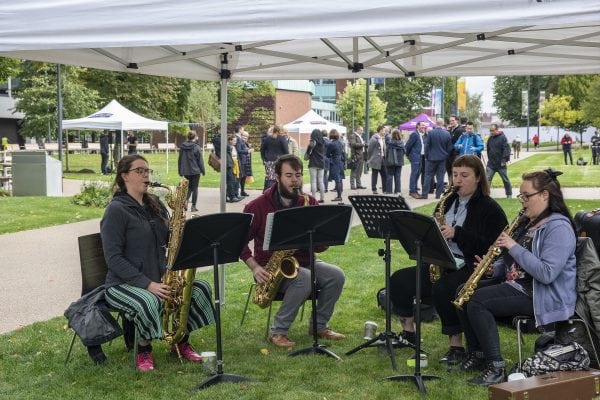 Professor Dame Rothwell said she hoped to see “many students” at the park, and to view the park “as a gateway to the university”. Continuing, the Vice-Chancellor outlined that “student well-being is really at the heart of [the university’s] aims and there’s nothing better than relaxing in nice weather in green space”.

Additionally, a major donor for the park was 1960 University of Manchester economics graduate who, according to Professor Dame Rothwell, “wanted to do something for student well-being, so he loved the idea of this park, so he contributed to it”.

The President also commented that she believed the park could act as a link between the university and the locals of Ardwick and Brunswick, by allowing locals to “get them closer to being able to see what they could do at the university, the museum is open to all of them, we have lots of public events, the big hope is that local communities will see this as their university”.

Diana Hampson, Director of Estates and Facilities, said: “Brunswick Park is a fantastic new asset, creating a heart of the campus for everyone to enjoy. We were proud to welcome staff and members of the local community to this event to celebrate our new green space and public realm”.