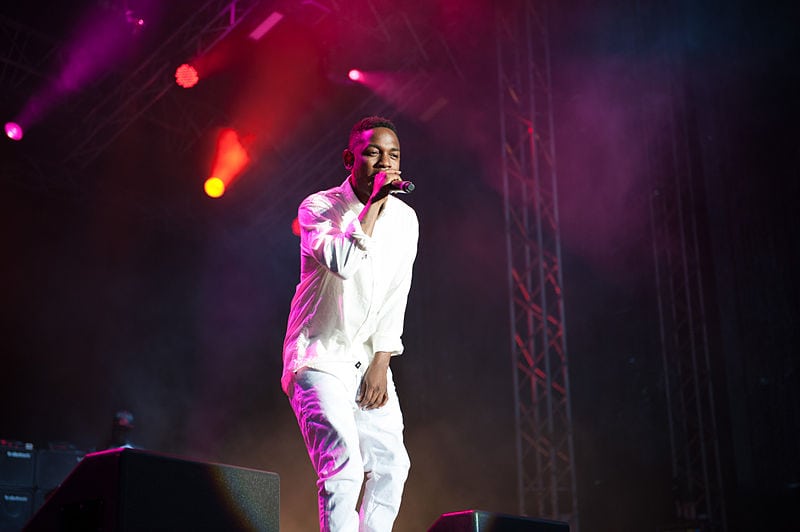 Kendrick Lamar recently stopped a white fan using the 'n-word' at one of his concerts. Photo: [email protected]

What the ‘N-word’ Means to Me

Often, being a person of colour is a challenge. I am under no illusions that things are ‘better’, but racism is in no way fixed and there are times that this is forgotten. The everyday challenges I face come in the form of casual comments or ignorant generalisations. Tame examples include: “Are you actually black though?” and “Isn’t twerking something your people do?” Half the time I don’t know whether to respond with polite education or run far, far away from the speaker. Something that crops up time and again are the numerous and varying opinions on the use of the ‘n-word’.

As a black woman, I often find myself being questioned as if I can answer for my whole race. This is something I cannot and will not attempt to do. But here is what I, personally, think the ‘n-word’ represents and why I support the blatant double standard it creates.

It is widely known that this word is a pejorative term and a racial slur. It is also widely understood that black people reclaimed this particular word in order to strip it of its hegemonic power. Often, it is used as a term of endearment, familiarity, even belonging, and some may go as far as to say respect.

I, for one, think this exemplifies a genius control of language; stripping the word of its power from right underneath it.  It is largely understood that those who do not identify as being part of the black community, are not allowed to utter the word. This may be to avoid causing offence or, perhaps, to simply avoid the backlash.

The conversation around the use of the ‘n-word’ often revolves around its use in popular music. Do songs using the word legitimise its use outside of a specific community? My answer: no. It would certainly be the easy option to ban the public use of the ‘n-word’. This would be wrong for reasons beyond the free speech infringements. Music, and its ability to remind people of what has changed and what has not, is so important.

Removing the ‘n-word’ from vocabulary would be tantamount to erasing parts of history. Issues of racism, of all kinds, can never be forgotten, even if, in a Utopian future, this bigotry is eliminated.  Given that Golding, a white author, used the word in ‘Lord of the Flies’ (a school curriculum text), why are we even questioning its use by black artists?

To me, the double standard of the ‘n-word’ is a clever reminder on a linguistic level. Hundreds of years of oppression and double standards meant black people were not classed as people and then one day, they turned around and created their own double standard; a word that their oppressors could not use. Is it small? Is it trivial? Clearly not since we’re still talking about it.