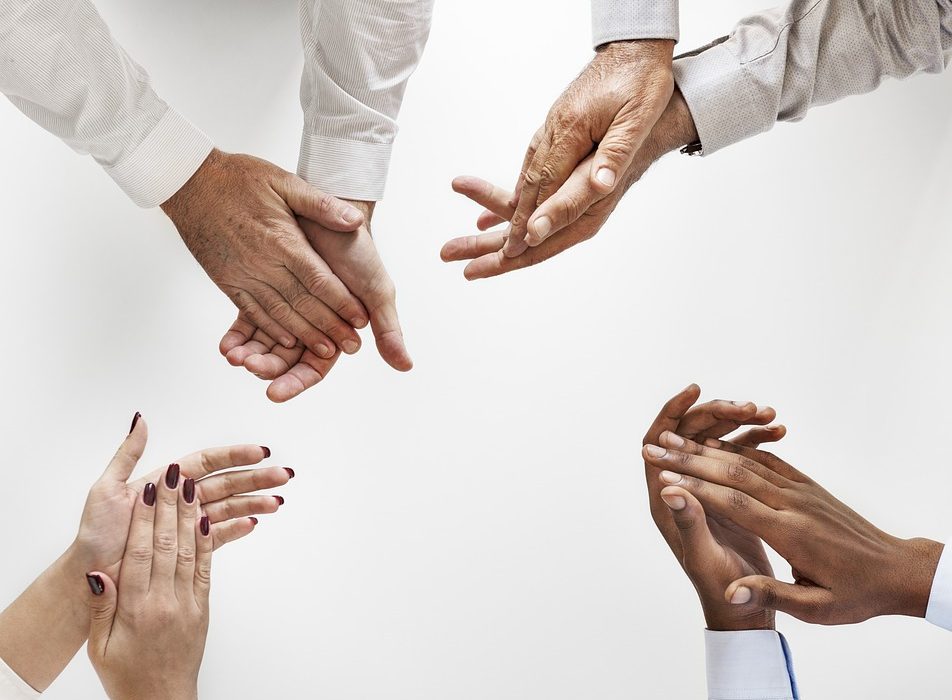 Jazz hands will be used instead of traditional clapping, whooping, and cheering at University of Manchester Students’ Union (SU) events, following a motion voted through the first Senate session of the academic year, held on Thursday 27th September.

It was argued that the loud noise of traditional clapping and whooping pose an issue to students with anxiety or sensory issues. BSL (British Sign Language) clapping – or, jazz hands – would be a more inclusive form of expression.

Liberation and Access Officer Sara Khan authored the motion, called ‘Making Senate More Accessible’. It resolved to swap out audible clapping for BSL clapping at SU events, and to “encourage student groups and societies to do the same, and to include BSL clapping as a part of inclusion training”.

The National Union of Students (NUS) has been using BSL clapping since 2015. Khan’s motion received little opposition in Senate.

Thrice per semester, the SU holds a Senate session where students can bring forward motions to amend the SU constitution.

All motions are voted on by attendees, which include a variety of stakeholders in the student community: for example representatives from University halls, student media representatives, random members of the student body, and our SU exec officers. Each motion needs a 66% majority to get passed.

The motion steers the SU to “ring-fence £500 for QTIPOC events and campaigns” and “include representation of, support for, and advocacy for QTIPOC in the role descriptions for part-time BME, LGBTQ and Trans officers”.

Sara Khan herself was absent from Senate. This meant the Senate’s questions about which fund the £500 would be ring-fenced from were unanswered. As a consequence, they voted to postpone the motion for the next Senate session, which will be held on Thursday 8th November.

One Senate representative questioned the exclusionary nature of the motion to domestic students: “If you live 600 miles away in Scotland, you’ll still have to travel 6 or 7 hours to resit an examination.”

A number of Senate attendees were made uncomfortable by the word ‘compulsory’.

“Might this mean exec officers have to forsake some of their other duties to accommodate this?” Laura, the Fallowfield Community Officer, asked.

Shamima Khonat, the Community, Campaigns and Citizenship Officer, who proposed the motion, responded that she was confident there would not be any problems: “This is what we were elected for.”

This did not convince the Senate. One attendee closed the debate off: “We can resubmit it next month, with the wording changed from ‘compulsory’ to ‘priority’, and with proper steps laid out with a hierarchy of who the responsibility will fall to. You don’t pass something that’s sub-par.”