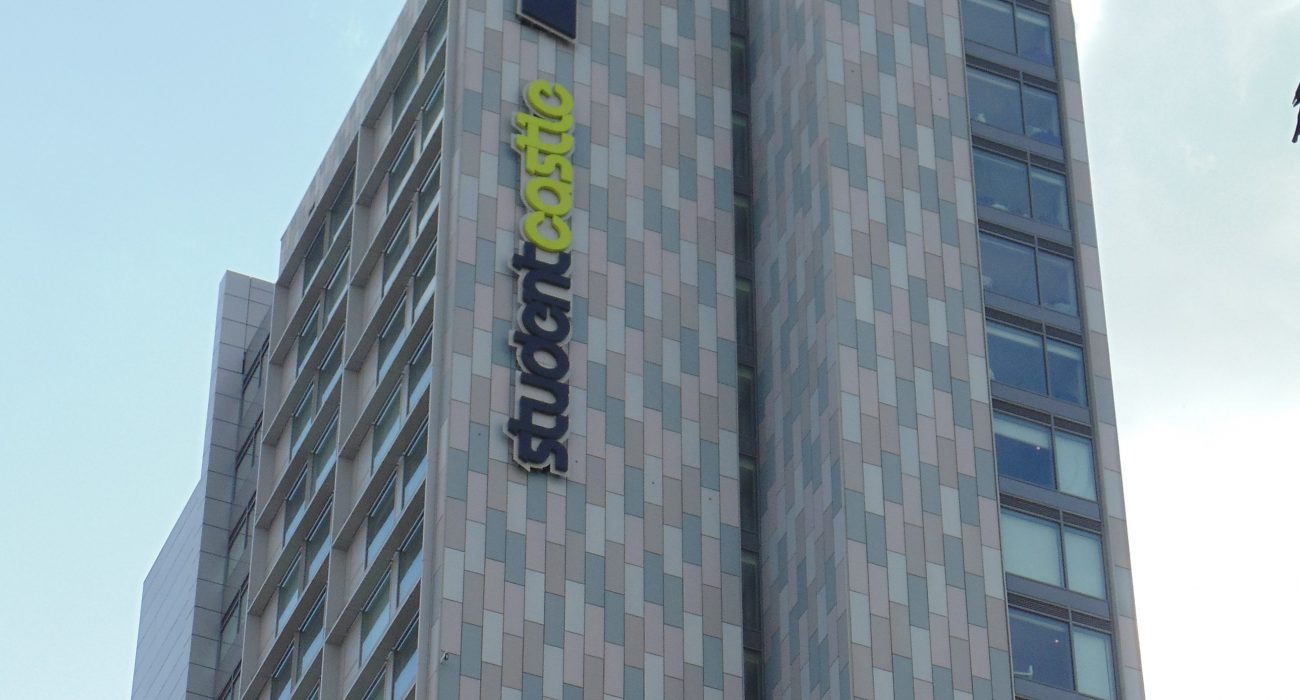 Plans have been submitted for a 55-storey skyscraper to house students in Manchester city centre.

Developer Student Castle hopes to offer high-end student accommodation in the heart of the city. The proposed location for the new building is Hulme Street, a short walk from Oxford Road.

If plans are approved by Manchester City Council, the skyscraper will neighbour Student Castle’s existing block on Great Marlborough Street. A multi-storey car park currently on the proposed space would be partly knocked down, according to the plans.

Glenn Howells Architects will be taking a lead on the design. The building will reportedly stand around 165 metres tall, feature over 800 studio apartments, and contain a common room on the top floor. According to Alan McCartney, studio director at Glenn Howells, the planned red brick design will aim to echo a “contemporary interpretation of the contextual red brick buildings present in and around Manchester”.

He added that the proximity of the planned development to “local universities, transport hubs and the city core makes the site location ideal for an emerging student development, combined with an ambitious vision to design high-quality student living where students would want to live.”

Edward Cade, the founder of Student Castle, said that the building “will become a new Manchester landmark and provide spectacular views over the city.”

He went on to say that the development “also presents a significant windfall opportunity to redevelop a portion of an existing multi-storey car park adjacent to Manchester Oxford Road Station into a fully managed purpose-built student residence.”

Architecture website, ArchDaily, is reporting that construction is scheduled for completion in 2022.