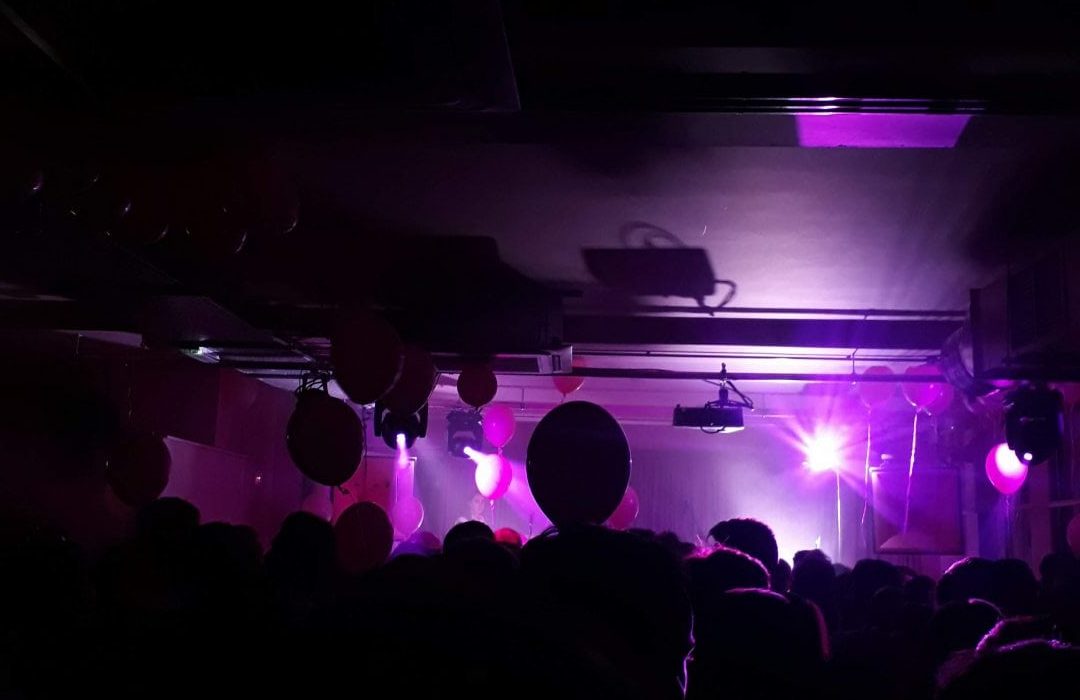 The place was filled with students, attracted by the free entry, pizza, and drinks. The opening seems to have been a major success, despite drinks unsurprisingly running out fairly quickly, and the place being uncomfortably packed at times. YES has set its own bar very high and we can’t wait to see if they live up to it.

Just down the road from Factory, YES is quickly establishing itself as its younger, better-looking cousin. It was opened by the independent Manchester promotional company Now Wave (who also work with Gorilla and Deaf Institute) who have refurbished the whole place, dividing it into four floors.

On the ground floor, there’s freshly made food and a bar. The modern booths and unplastered walls give it the impression of Manchester’s take on Leeds’ famous Belgrave Music Hall. Similarly to Belgrave, YES is offering freshly made pizza sold by the slice which, if you catch it on their half price deal (before 7 pm on weekdays) comes to just over £1 a slice for a variety of interesting meat and veggie options. The combination of other local Manchester pop-ups, cheap tea, coffee, and fairly cheap alcohol (with pints starting at just less than £3), YES could quickly become a go-to for students.

The venue seems to be attempting to create a northern quarter vibe, without the northern quarter prices; and if the pizza continues to be as good as it was at the opening, they’re definitely on to a winner.

YES seems to be attempting to cover all bases, taking the best of Manchester’s vibrant music, bar and casual food scene and combining them in one place. A feat that if pulled off, could make it one of the Manchester’s hottest venues. The pink room, filled to the brim with pink helium balloons over the weekend is a gig venue of the same dimensions as Factory’s ‘indie’ room. Which, over the next few weeks and months, will see acts ranging from the hypnotising Puma Blue to Canadian indie-folk band Great Lake Swimmers. Artists such as Let’s Eat Grandma and Laura Misch played the pink room on Friday, with many more over the course of the opening weekend, an indication that the space is already being used as a platform for some of the most exciting up and coming artists.

Although Friday evening was slightly disorganised, with bands on almost an hour late in some cases and thus playing shorter sets, those such as Let’s Eat Grandma stepped up and commanded the stage. The girl band are the new queens of the alternative, art-pop scene. They showed off their talent with long improvs creating the perfect chilled vibe for a Friday early evening gig, and the crowd loved it.

Black Midi played to a packed basement on the Saturday. The basement (which could be described as a cross between a smaller Club Academy space and northern quarter’s Soup Kitchen) was filled with guitar bliss. As the London band, heralded by Shame as ones to watch, took to the stage for a long 45 minute to an hour set. The fact the band has little to no music online shows this venue isn’t afraid to scout out good music and just these first few days have proved they have a talent for finding it.

With a mixture of free basement DJ sets and cheap music events, YES is definitely an establishment to look out for. However, if you’re just looking for an overlooking over looking the city you should make your way to the building’s a roof terrace which is, of course, adorned with fairly lights and ceiling hung potted plants.

Dogs are also welcome, if you needed anymore convincing.