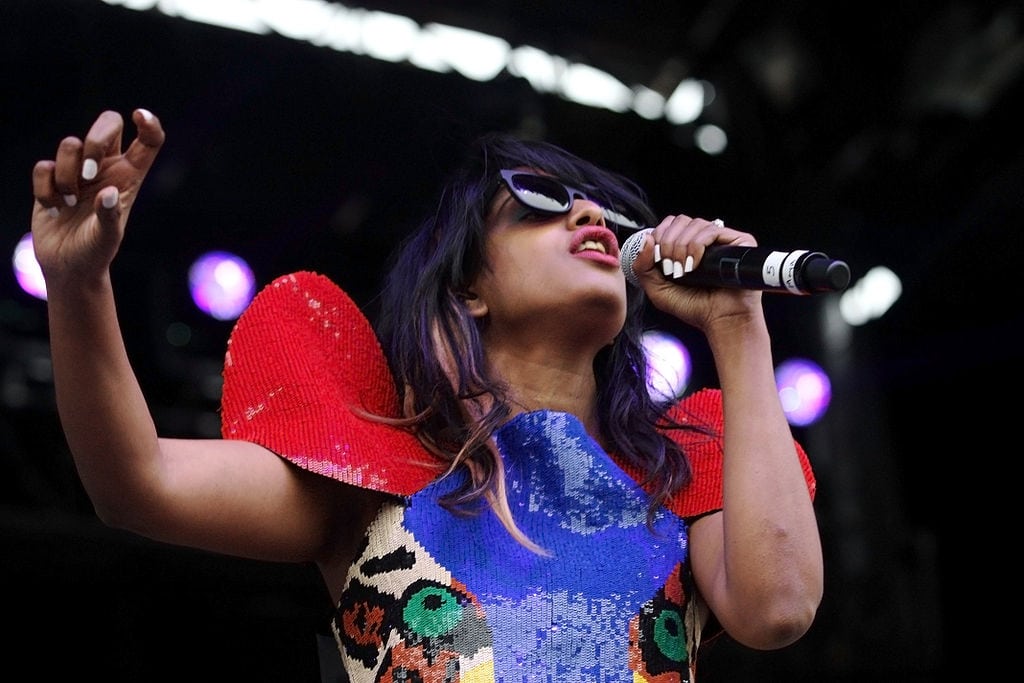 Steve Loveridge’s fast-paced documentary certainly shares similarities with other tributes to female pop stars, namely a recognition of the subject’s musical ingenuity. But when it comes to his examination of electronic hip-hop artist M.I.A, this recognition goes beyond music and art to enter a distinctly political sphere.

Early on we learn that M.I.A. studied fine art film making, and had ambitions of becoming a documentary film maker, which made it quite disappointing to learn during the closing credits that she was not heavily involved in the film’s production.

She is, however, responsible for providing a significant amount of the footage that establishes the narrative of her early years, in which she lived through the beginning of the Sri Lankan civil war and fled to England as a refugee with her mother and brothers. Her father was a founding member of the Tamil Tigers who fought for Tamil rights during the Sri Lankan civil war.

A deeper delve into the history surrounding the Sri Lankan civil war and this liberation organisation would have created the potential for a greater overall understanding of our subject’s motivations. This in turn would enable a greater challenge to her label as a trivial troublemaker that has been perpetuated by the mainstream media throughout her career (the deceitful application of this label by the New York Times is explored in the film).

However, the lack of context largely highlighted the stark knowledge gap that ultimately demonstrated the validity of M.I.A.’s activism even further. Her presence in pop culture makes her an ideal candidate to bring these particular political issues to the fore.

We also get to see M.I.A.’s perspective of some of the controversies she’s been embroiled in (including flipping off the United States of America during Madonna’s performance at the Super Bowl half time show). The narrative framework contextualises these moments and allows us to see her as a passionate human being with genuine activist intentions.

Whilst this documentary is primarily a positive acknowledgement of M.I.A.’s political activism, she is not placed on an unreachable pedestal that makes her completely unrelatable. On the contrary, we get to see the good and not so good aspects of her character which make her a very human subject. The narrative created by Loveridge is an examination of identity that goes beyond the individual focus of the typical pop documentary.

We see M.I.A.’s struggle as a first-generation immigrant to establish her identity within the labels of Tamil Sri Lankan, British, controversial activist and pop star. A struggle that is reflected in the film’s title. The visuals and soundtrack of M.I.A.’s back catalogue that accompany and enhance this examination of identity makes for a very interesting and informative viewing experience.