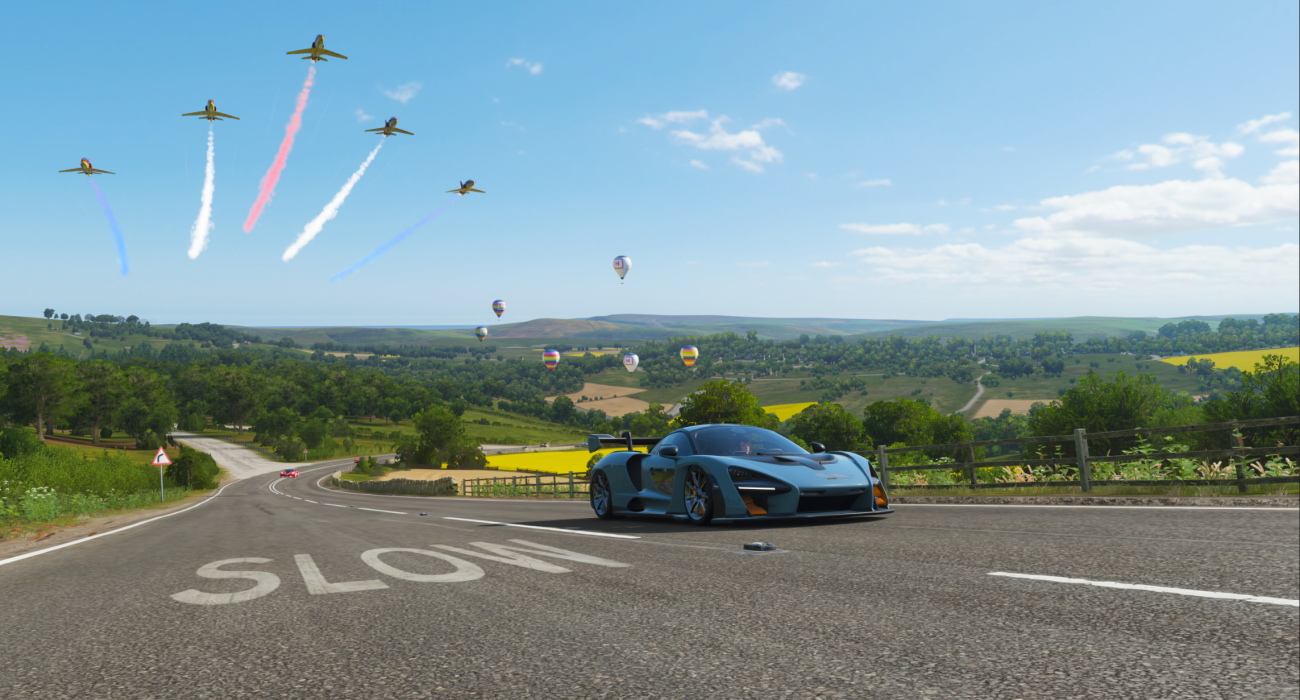 As I fly down a country lane at 200 miles per hour in a heavily modified Ford Transit van, drift around a corner and overtake a sports car, I think to myself, is this realistic? The answer is quite clearly no, not in the slightest. But that’s what makes Forza Horizon 4 so fun.

Forza Horizon 4 is Playground Games’ new racer and this year has come home to Britain. The world is an amalgamation of some of Britain’s most beautiful places, and it really shows. There are parts of Oxfordshire and the Cotswolds, the Lake District, the Scottish Highlands and even a very compact representation of Edinburgh. It immediately feels like Britain. The fields of various crops, the distinct post-boxes and telephone booths, even wind turbine farms that have been slowly appearing over the countryside for last few years – the map is incredibly true to life.

Moreover, the map is full of all kinds of different races. Street races in Edinburgh and around small rural villages, dirt rallies through autumnal forests and cross-country races over the hills and fields. Thus, there are plenty of races if you prefer supercars, 4x4s or even dirt buggies. In addition, there are numerous ‘showcase’ races that you unlock as you climb the ranks, and these are some of the most exciting, silliest races in the game. In Top Gear-style, there are races against hovercraft, trains, planes, dirt bikes and more, yet the best showcase is a special Halo-themed one where you must escape Covenant forces in a Warthog.

My only real issue with the map is in all the glory of the British countryside, it is less exciting to race around and look at than Australia was in Forza Horizon 3. I miss the dense jungles and sandy Outback areas, and apart from some light woodland and small beaches, Forza Horizon 4 doesn’t really have these environments.

I think Playground Games knew this would be the case, so have added the seasonal system. After the tutorial segment of the game, it switches to this cycle. Each week the season changes, drastically changing the aesthetics of the world as well as the way you drive, to an extent.

While I appreciate what they were trying to do, and admittedly the map does look stunning in autumn and winter, the seasons other than winter didn’t really change gameplay much. During winter, equipping snow tyres is recommended and trying to drive a sports car the same way you would otherwise won’t go well. The differences between summer, autumn and spring, however, felt like they weren’t substantial enough to make me drive differently. Granted, rain and a few puddles on the roads may reduce traction slightly, but otherwise I was quite underwhelmed. To me, all the fuss about the season cycling seems like a bit of a marketing gimmick, and only really comes into play in winter.

I am impressed by the online elements of the game, however. Almost like an MMO, when you enter ‘Horizon Life’, pretty much every car you see on the road is being driven by another player, and this makes the world feel much more alive than one full of dull AI driving slowly. When it comes to races, you can opt to race against real people or AI, and I appreciate that you’re not forced to always be online.

On this topic, it’s worth noting that the AI in races are quite… unsophisticated. I found that increasing the difficulty didn’t make the AI drive smarter, just more violent, being more likely to ram you off the road than wait for a clever opportunity to undertake you on a corner. I’m by no means a pro driver, but I’ve had no problem consistently winning races on the hardest difficulty, and it just feels a bit too easy.

But being a hardcore racing simulator isn’t the essence of Forza Horizon 4. It’s an accessible game about racing all kinds of gorgeously rendered cars in a beautiful world, and it absolutely succeeds at this. The cars look almost real and have clearly received exceptional attention to detail in how they look, sound and drive, and the world, although perhaps not as invigorating as its predecessor, is a well-designed and scenic representation of Britain. 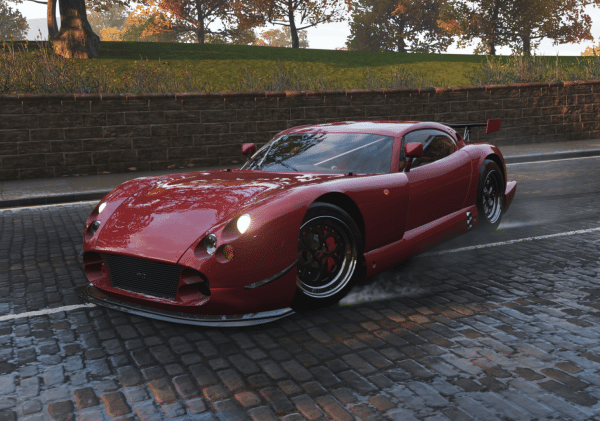 Forza Horizon 4 is therefore another excellent racing game following in the footsteps of Forza Horizon 3. The seasonal system may be underwhelming and hardcore racing fans may want to look elsewhere if they want a realistic game, but if you’re looking for a racing game with a large open world, hundreds of cars, detailed graphics and a huge amount of racing variety, this is the game for you.