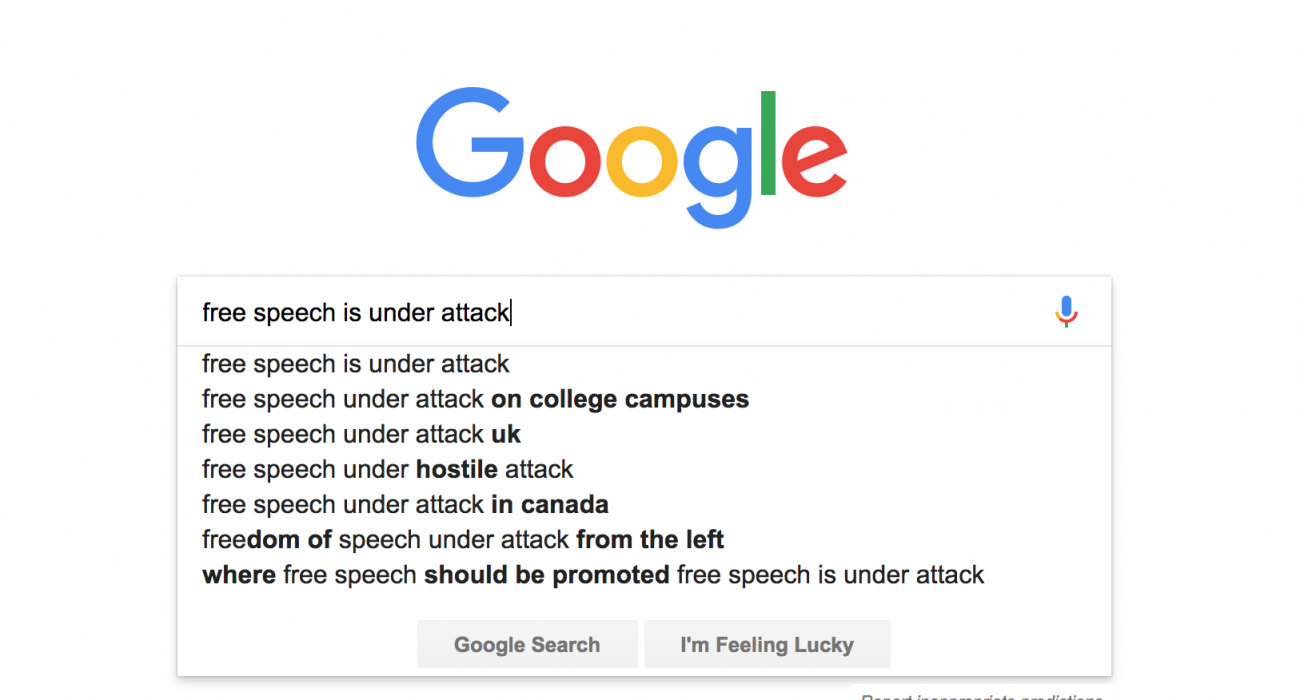 There should be a natural law that states: ‘The more you quote abstract ideological principles, the actual substantive contribution you’ve made becomes exponentially suppressed.’ Maybe it’d look something a bit like this: 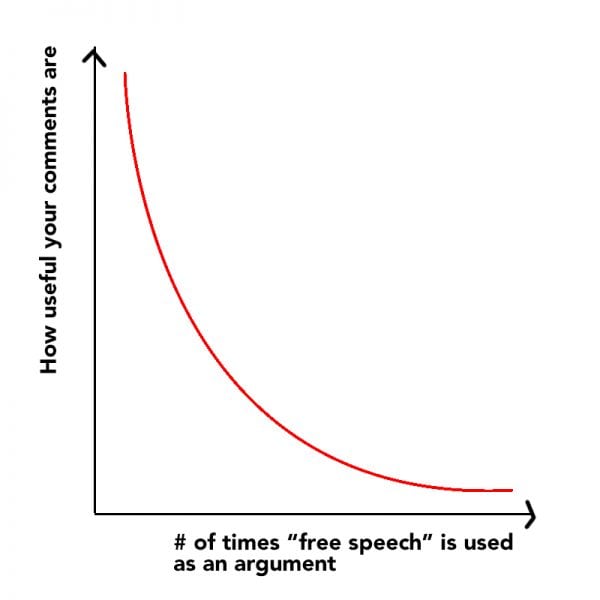 I get it. It is intensely gratifying to feel morally outraged, especially when defending grand concepts like ‘Enlightenment values’ or ‘free speech’. Perhaps it is even more gratifying to believe that you’re fighting for the little guy, and that when you’re 90, you’ll be able to look back on today believing that you were on the right side of history.

The reality: both free speech supporters and safe space advocates want very similar outcomes. Ideally, universities should be a civil, intellectual space where a diversity of opinions and identities are respected. Students and faculty would feel safe and welcome to participate in all aspects of campus life, including healthy debate, without the fear of undue harassment.

The principles that drive free speech and campus legislation aren’t too dissimilar. Any advocate of free expression should acknowledge that certain ideas are artificially dominant, not because they are more fundamentally sound, but through systems of historical or systematic exclusion. The best means of ensuring a free exchange of ideas is to balance unobstructed dialogue with inclusivity of marginalised constituencies that face barriers to making their voices heard. Why then, is every attempt to arbitrate this balance seen as “intellectually coddling”, or another example of liberal hypersensitivity.

When both sides want the same thing, the controversy shouldn’t be focused on the end goal. Rather, the discussion should be far more specific to exactly how we set up institutions that allow us a reasonable opportunity to exercise rights to a meaningful education. Quite obviously, absolutists on either side aren’t particular constructive. Truisms or exaggerated myths like “freedom of speech is dying on college campuses” need to be dispelled. They have prevented us from making effective procedures that maximise useful campus discourse.

Much of campus legislation governing free speech is based on sound principles, but lack consistent procedural character. In other words, it’s just too vague. The University of Manchester, as an example, upholds “rights and obligations inherent within the principles of freedom of speech and expression and academic freedom”, but also “a duty to ensure, wherever practical, that such thoughts… do not constitute incitement to riot, insurrection, racial hatred, religious hatred, sexual harassment or other activities (beyond the right of peaceful protest) which are likely to cause a breach of the peace or public disorder.” This lack of concrete guidance leads to reactionary and unreliable enforcement. For guidance on how to reasonably apply their respective codes of practice, many student and administrative groups look to social and legal precedent. This is, at best, unwise in a current socio-political climate that is deeply unstable and polarised.

Speakers are often no-platformed in response to student opposition. Though that opposition is frequently well-justified, it lacks input from much of the student population and faculty, and is prone to large degrees of subjectivity. Attempts of free speech supporters to oppose such decisions are often overly tailored to protect conservative voices. They are often thinly veiled attempts to promote a political agenda rather than being genuine efforts to reform a broken process. Wrapped up in statements like “freedom of expression is under attack”, these attempts fail to reaffirm the principles that drive both safe spaces and free speech.

The politicisation of safe space policies have caused things to be blown out of proportion. Safe spaces are now the political right’s trophy examples of a left gone mad. What is, and should be, a practical issue has now become an ideological feud between sides that do not actually disagree.