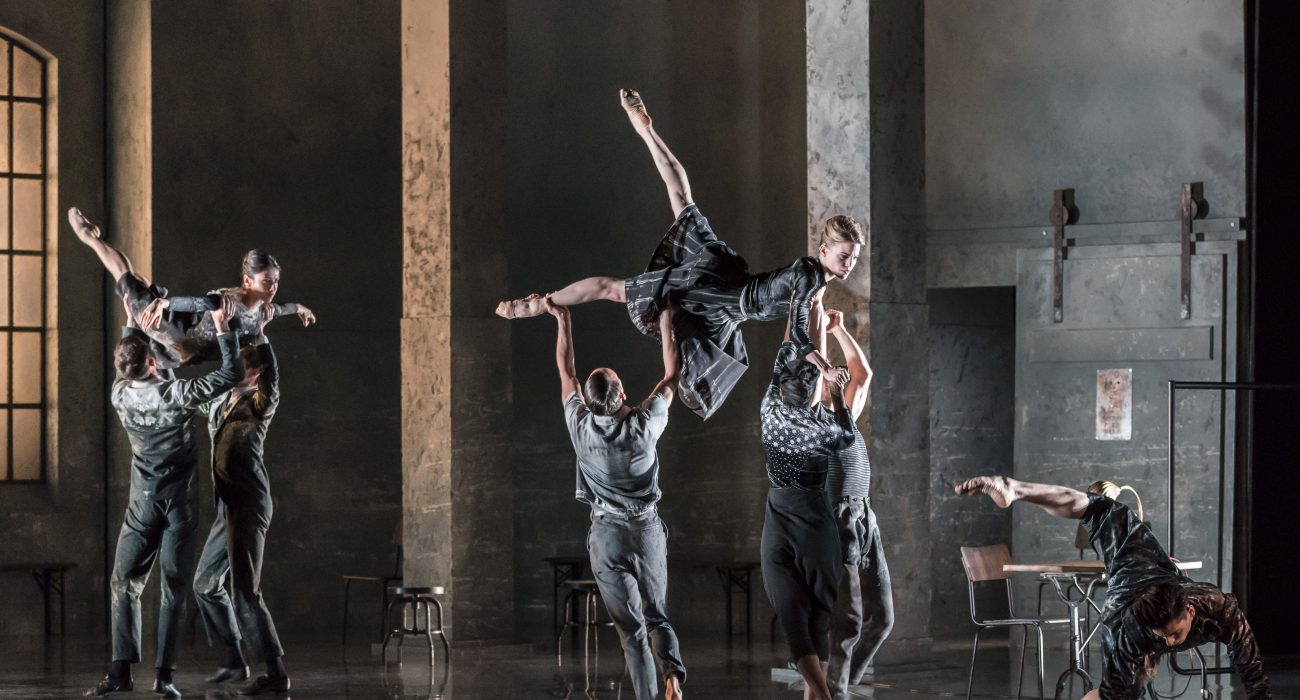 ‘Life is a Dream’ was a darkly ethereal exploration of the tenuous link between reality and illusion, presented to us by Rambert, one of the worlds leading independent dance companies.

Although based on the 17th Century play of the same name, Rambert’s version strayed from a heavy central plot; instead focusing on the integral theme of ephemeral and fugitive reality.

Kim Brandstrup’s choreography created a beautiful and constant mood of vastness; with the large ensemble scenes often being the most effective. The style of dance consisted of ballet merged with Frantic Assembly-esque physical theatre, creating many effective images on stage at once.

Although aesthetically mesmerising, it was occasionally detrimental to the understanding of the plot. This was particularly apparent during the many large ensemble scenes. So much was going on at once on stage, that it was difficult to know where to look, resulting in your eyes often being drawn to the same few performers time and time again. Although this could occasionally be frustrating, what was unclear in the plot was heavily made up for in the beauty of the performance. The show was too endearing to dwell on a lack of intensity in the story.

Additionally, the ingenious lighting design by Jean Kalman allowed the audience to see parts of the performance that could otherwise be missed. The use of both a visible lighting rig and an onstage follow spot, used as a prop, created the most incredible shadows on the set. The performances were precisely choreographed with the lighting in mind, as the characters’ shadows gave the audience the ability to see both the integral moments of the piece and the status of the characters in a metaphorical sense.

The theme of the dual reality was present in virtually everything that happens on stage. There were two performers playing the director, one in reality and one in the dream. This was amplified in the second act when the two do a duet, purely mirroring the actions of the other on stage before turning into an intense power struggle. The costumes, designed by Holly Waddington, complimented the show brilliantly. Creating a harmony between the performers and the set, as though the costumes themselves became characters.

Every component of the show results in you coming out of the performance feeling honoured that you had the opportunity to be part of the whimsical world that was Rambert’s ‘Life is a Dream’.