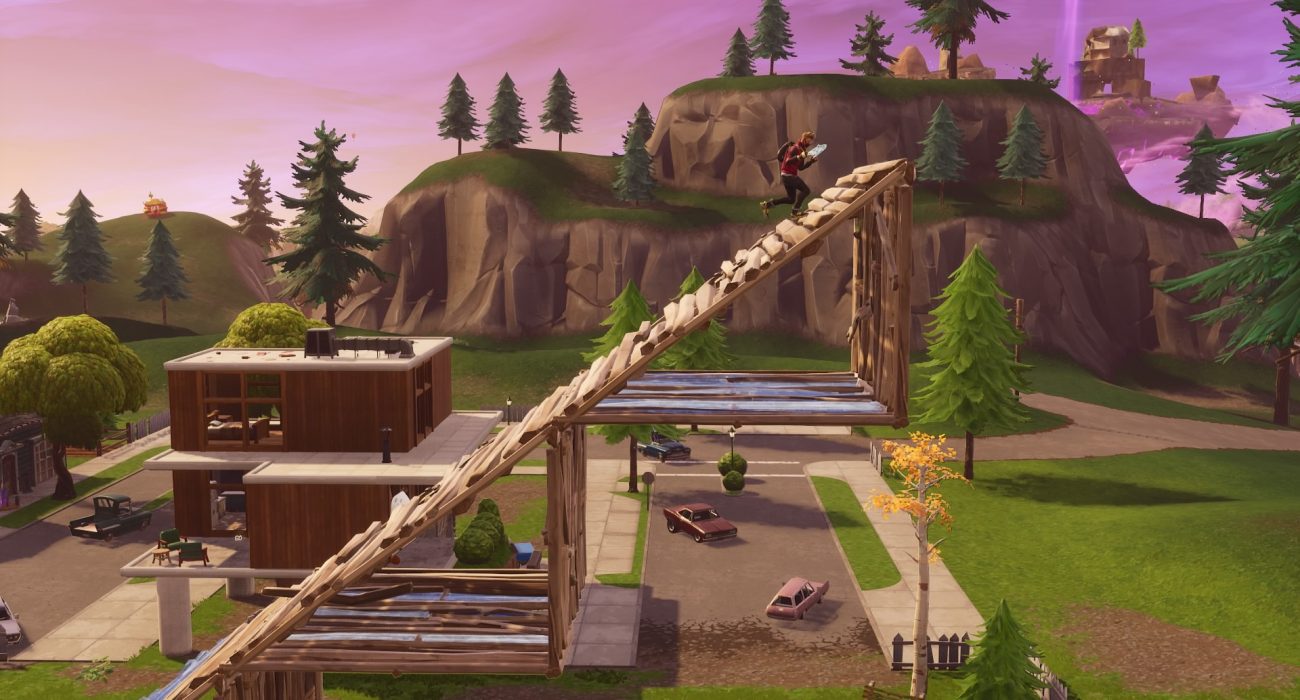 Back in August of this year, one of the gaming industry’s more intriguing stories broke. With vaguely sanctimonious headlines like, “Parents are paying for their kids to get ‘Fortnite’ lessons so they can win more and level up,” and “Parents are paying tutors to stop their kids getting owned at Fortnite,” the mainstream media certainly had their own ideas about the dynamics of businesses like ‘Gamer Sensei’ and ‘eCoaches,’ companies who employ gaming coaches as professionals to tutor people in the art of online war.

With that in mind, I contacted Gamer Sensei to set up a lesson with the intention of finding out not only how coaching could help me improve my frankly sub-par Fortnite skills, but so I could talk to a real coach about the reality of coaching, what it was like, and whether the story painted by the likes of CBS sports and The Guardian was entirely accurate.

Enter stage left Harry Darwin – a.k.a. Darz, or DarzFn – tutor for Gamer Sensei and Fortnite professional. Harry, one of the more premium offerings of the site, has a formidable gaming C.V: he is a signed and salaried professional Fortnite player, winner of the BP Pro FunCup, and, according to Fortnite tracker, is inside the top 10 players globally for K:D (kill/death ratio).

Harry started off his life as a competitive gamer by cutting his teeth on Call of Duty game battles before moving on to CS:GO, then PUBG semi-professionally, before turning professional with Fortnite.

“I went professional with EIG,” said Harry. “It’s a fairly new team funded by Moussa Sissoko and a few other professional footballers.” He mentioned Thomas Lemar, and a Sunderland player who he couldn’t quite recall. “It’s becoming quite common,” he commented, “a lot of them are invested in eSports.”

Whilst this conversation was taking place, Harry and I had entered a duos match so he could assess my skill level. He took me through some of the basics: where to land to avoid an early death, how much material I should pick up (he suggested a princely 2000), what loadout to carry (a pump shotgun/SMG switch), and emphasised the importance of getting to natural high ground as early as possible.

Once we left the safety of the factory we had landed in, I started to feel the heat of entering my first ever crossplay lobby complete with PC players, and was summarily sniped. Harry won the game at a canter, before telling me a little more about how he structured his sessions.

“In a normal lesson (ours was condensed due to our limited time), we’d just play duos for the first hour. In the later sessions, that’s where we’d start looking at mechanics.”

“In Fortnite, the main body of coaching comes from playgrounds, from teaching you build mechanics. In Fortnite, building is the thing that you want to get the best at. It’s not always the best shooters in this game; it’s always the best builders that are the best players in the world.”

Without further ado, we moved to playgrounds (a custom lobby without any enemies and with enhanced material pickups) to work on a few defensive build strategies. Harry emphasised the importance of building once again.

“Fortnite is one of a kind. There’s never been a shooter like it, so players come from something like Call of Duty, and if they were to get shot at, their first reaction is turn around and shoot back.”

“We want to change your mindset from turn and shoot, to turn and build; we want to build first and shoot later.”

After we worked on some more building techniques, such as how to build effectively while rushing and the 1×1 edit out onto double stairs, I asked Harry what kind of tutees he tended to get, fronting my question with the suggestion that the vast majority were primarily a younger audience. 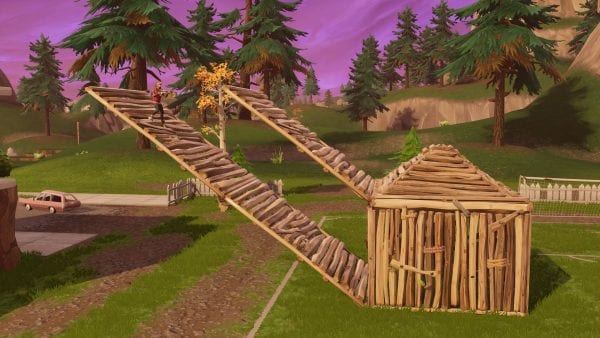 The 1×1 edit out to double stairs. photo:Mancunion

“I don’t think gamers have a typical age group, and the people I coach are just typical gamers. There’s no ‘vast majority’.”

“I’ve coached so many types of people.”

He also told me about what he gets out of the job on a personal level, saying, “coaching is rewarding. Seeing clients progress and give amazing feedback gives great job satisfaction.”

As we continued to work on the fluency of my building and I started to erect some semi-decent, semi-fast ramps, Harry remained encouraging about my potential. Even though the speed of his building was quite bewildering in comparison to mine, he made sure I didn’t feel he was judging my ability (or lack thereof), and explained this was an important part of his role as a tutor.

“A large part of what I do is about making feel people feel comfortable. Especially the kids, they can be quite nervous coming into it and it’s up to me to build a rapport and make them feel comfortable.”

“You’d go and play football as a kid and pretend to be Steven Gerrard or someone; these kids are looking up to Ninja nowadays, so I think that comes into it. When they’re playing with a pro gamer, there might be a few nerves because of that because they’re playing with someone who does their dream job.”

The link between professional sports, eSports and coaching became increasingly apposite as our conversation continued. Indeed, for someone who professed to not following football because “it was hard supporting Ipswich,” he admitted, “It (pro gaming) is a lot closer to mainstream sports than I thought. Since I started actually being a pro gamer, I’ve realised how close to sports it actually is: you’re training daily, and the contract you sign – if another team wants to buy me I’ve got a buyout fee, and negotiation windows at the end of my contract.”

“It’s kind of the same industry, just behind a computer instead.”

Harry drew a few comparisons between training with EIG and the routine of a professional athlete, speaking in particular about his own team psychologist, a member of the EIG coaching staff.

“He’ll say, ‘you need to try and keep a good sleeping pattern’, and will tell us the importance of getting up and working out before you start gaming is, how important your break times are. He says it’s really important to get your blood pumping before you game, otherwise you’ll be nowhere near as effective.”

Harry revealed that this was something he tried to impart onto his students, suggesting the idea that eCoaching wasn’t always just about what happens in-game.

“You need to have a balance of everything you do in life, especially gaming more than other things. I like to keep a balance; I need to go out and socialise, go to the gym, take breaks, get away from screens.”

“It’s very important to teach people the importance of having a balanced life and staying active and healthy, making sure you don’t sit in front of a computer screen in a virtual world all day.”

“Especially the semi-pros that are looking to go pro, I always tell them that it’s important to be active and healthy because if you don’t have a healthy body and mind you won’t be as effective in the game, which is stuff I’ve learned from the team psychologist at EIG.”

We then worked on another building structure called the ‘90 degree spin’ that was so important Harry said that, “there are players that judge other players on how good their 90 degree turn is.” The spin, a name given because of the motion needed to make it, is actually a large upward tower build that combines building speed and structural integrity, being maximally difficult to destroy relative to the number of pieces it requires. 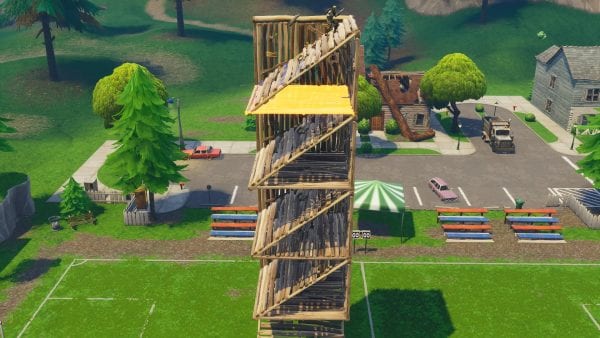 Harry, who modestly understated his otherworldly proficiency at this maneuver to being down purely to “hours and hours” put in, was keen to promote the need of practice alongside games coaching. As Harry put it, “Learning how to perform these moves properly really accelerates your growth and ability to play the game.” He repeatedly told me a lot of learning this was about “muscle memory,” in programming your mind to work in synchrony with your fingers.

“A few people you coach do hit a wall, and can’t really progress further. To counter that, when I’m coaching people, we might do a two hour session, run over some things, leave it a week or two, and then come back to it once they’ve practiced in the game.”

It made sense, too. Whilst I now knew exactly how to maximise my building efficiency, my speed was still way off, a fact demonstrated by Harry’s obliteration of my time over the ‘editing obstacle course’, on which he outpaced me by 25 seconds to my 1 minute 35 seconds.

Again, this reinforced the sense that eCoaching was much closer to its grass-based variants than I had previously realised. I began to realise that what Harry was trying to instill in me was not just foundational maneuvers, but a desire to practice, to work at my game, and to test his strategies in real life situations:

Harry had told me that he didn’t really like single player games, and I think this was a large part of why. In single player games, you are, to all intents and purposes, playing against yourself, bettering your skills in order to overcome the fixed skill level of the AI rather than the erratic variables of an online lobby. Coaching, like pro gaming, Harry explained, was tethered to this competitiveness and dynamism within eSports, and the huge growth in the sector, saying “coaching has a bright future in esports and casual gaming. With GamerSensei taking it mainstream, it’s starting to not only be beneficial to professionals.”

What emerged, ultimately, was really quite surprising. It started – quite bizarrely – with Moussa Sissoko, of all people, and trickled through Steven Gerrard and sports psychologists right the way down into the lesson. What I left my two hour lesson with Harry Darwin with was the sense that the terms ‘professional gaming’ and ‘professional eSports coaching’ were not misnomers at all. Rather, they are accurate summaries that encapsulate an industry that is growing exponentially, year on year, to resemble its sporting counter parts.