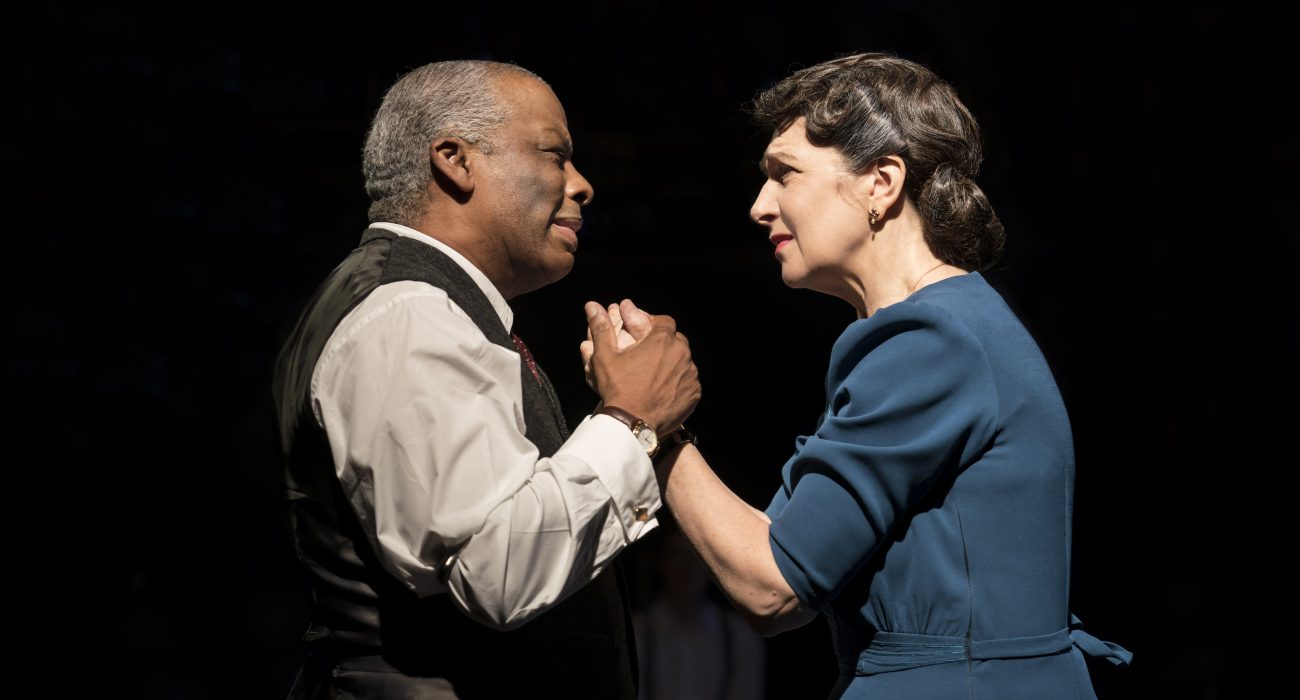 Arthur Miller’s play, ‘Death of a Salesman’, first premiered in 1949, but seemed pertinent as ever in this new production directed by Sarah Frankcom at the Royal Exchange Theatre. The production was staged in the round, resulting in an intense three hour-long persecution of the American Dream and the relentless pursuit of capitalism.

The supporting cast all stunned in this production, bringing the play to life brilliantly. I found Don Warrington’s performance as Willy Lomas less effective in the first half of the play, seeming a little vocally weak. However, Warrington really came into his own in the later scenes of the play when Willy’s mind clearly begins to deteriorate before our eyes. The absolute vulnerability that Warrington brought to the role was heart-breaking to watch, leaving me feeling deeply sympathetic for him, despite my dislike of the misguided, abrasive character at the beginning of the play.

Although Miller’s work seems very representative of a past era, this production, though set in the original period, really emphasised the relevancy of the issues discussed in the play. Along with the unyielding focus on the American Dream, something that will perhaps always be at the pinnacle of American society, a huge sense of patriotism was implied. The current American president being a supposedly successful businessman, whose every wish is to ‘Make America Great Again’, only further imbues this narrative with a sense of dread and inescapability for a current audience.

It has always appeared to me that, based on the endless focus of American culture on the subject, the modern American high-school experience is something deeply traumatic that people obsessively return to years after their graduation. While I thought this was a more modern phenomenon, this adaptation of ‘Death of a Salesman’ made it abundantly clear that this is perhaps a trope that has always been and will always be a feature of American culture.

The staging of the play in the round meant that actors encircled the characters at the centre of the stage and really successfully built the pressure of the play to a boiling point. This staging was absolutely crucial in emphasising the Lomans’ desperate need to perform the roles of successful and happy middle class Americans.

I found the lighting effects and sound effects to be a little unsubtle throughout the production, acting as clear signals of impending doom at times. However, the use of foliage, hanging over the entire production and finally shedding yellowed, withered leaves in the final scene was a particularly clever piece of set design. The tree constantly reminded us of the pastoral, natural and anti-capitalist alternative that the family shunned in favour of the destructive and unachievable American Dream.