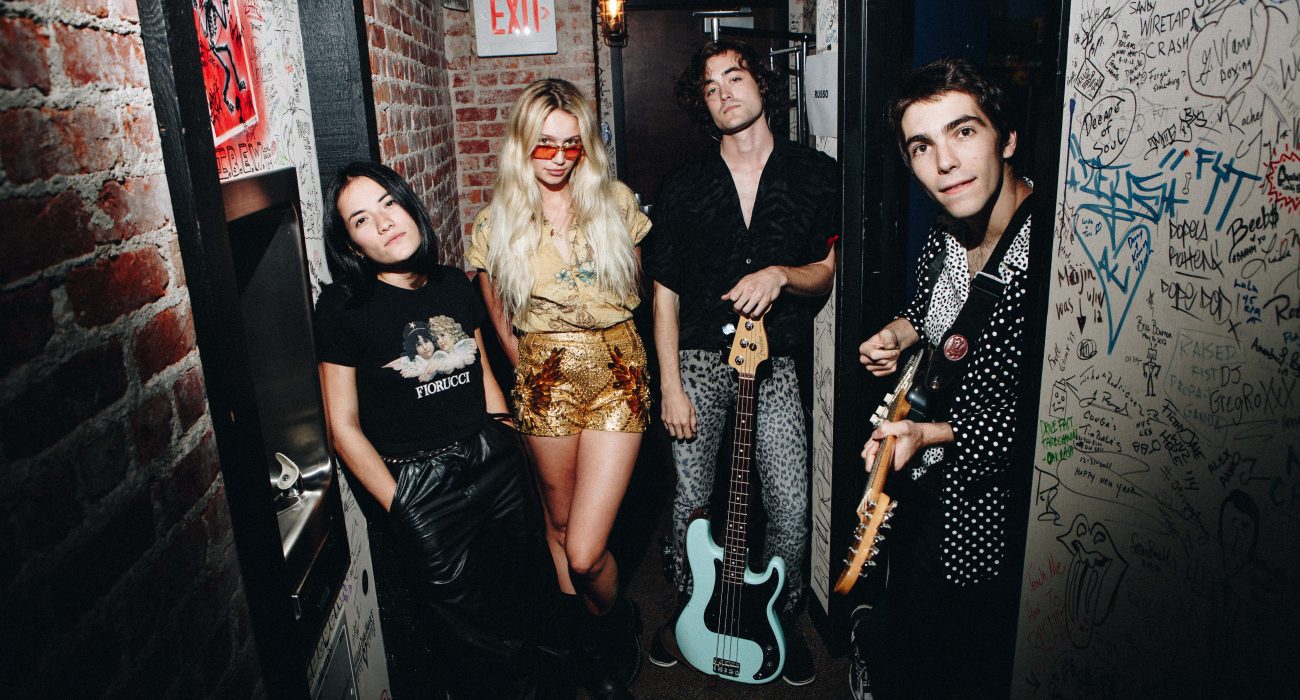 In Conversation with RUSSO

RUSSO are a Californian four-piece indie rock band who have recently released their debut EP House with a pool after their formation in early 2018.

As I had the chance to catch up with the band prior to their Manchester Academy 2 gig, it was clear that the touring blues had set in as they’ve spent the past few weeks supporting Black Honey on their UK tour.

Lead singer and founder of the band, Caitlin Russo laughed “we landed here and started the tour straightaway… it was brutal but we are getting through the jet leg!”, as they settled into their dressing room, fresh from their set.

As we began to discuss what their origins as a band were, it became clear that they are still very much in the process of transitioning across to their new collective sound. Caitlin had initially started making music as a solo artist but felt that there would a better dynamic and creative aesthetic in exploring the sound as a band.

Soon with the help of auditions and word of mouth, she began collaborating with Drummer Hayley Brownell, Guitarist Tyler McCarthy and Bassist Sean Richie to build up a style that they felt suited their newly discovered sound.

Their first EP release House with a Pool is admittedly a work that Caitlin created before their formation but Sean clarifies “we brought the concepts that were there to life” and gave the tracks a guitar infused electronic edge that they felt they could build upon.

As they relaxed, it was clear that these guys were eager, but incredibly tired from the past few days of shows. So I shook up my questions and asked playfully “okay, so if this house has a pool, what’s in it?” and almost without hesitation, they collectively agreed “noodles” and “at least four drink floats”.

It confirmed my sneaking suspicion that jet lag hunger had truly set in, and wasn’t going anywhere soon! I began to sense that we were drifting into a food dreamland with talk of burgers and milkshakes floating around in this imaginary, possibly saltwater pool that had been envisioned…

I quickly regained focus and continued our conversation on to the set I had just seen, which by all accounts had been rather flat in places due to said jetlag. Hayley explained that they were super excited to perform their leading tracks “Loudmouth” and “No time” which had been really fun to play on drums. Caitlin added “I love ‘Bad things’ and ‘No time’, they are in the same vein and I get to scream out those lines which is so fun and kind of emotional”.

Having heard that they were coming to the end of their tour of the UK, I was intrigued to discover where they’d been and what their experience of the UK had been like. One thing that was certain was that they had really struggled with the often cold weather and had recently had a rather hard time up in Glasgow; “it was just so quiet and pretty dead” commented Caitlin. Sean agreed “it was definitely a different experience for all of us, in comparison it was so nice to have a supportive crowd here in Manchester.”

On the subject of one of their best shows, Tyler immediately called up Brighton as one of the best places they’d performed in: “it had one of the best atmospheres by far, it’s just a shame that we’d literally only landed less than a couple of hours before. We’re getting better at dealing with that though!”

Discussion into the next project is very much underway for RUSSO and they were eager to add that they were excited to start work on a full length album that they could all collaboratively build. Caitlin explained “I just want to make more music right now” with the hope of getting a tour ready for the next spring or summer time. “We might hibernate for a bit” said Sean “we’ve been on the road for a long time but definitely going to be working on new stuff for next year.”

RUSSO’s latest release, House with a pool, is available now. 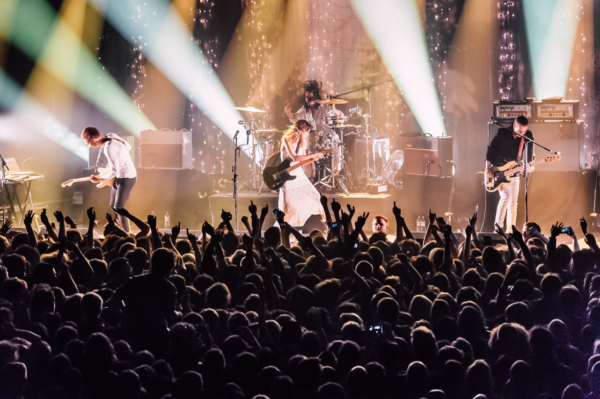