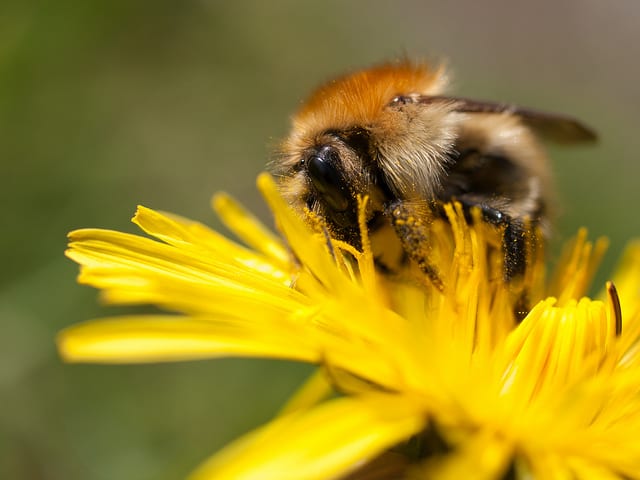 The Environment Secretary, Michael Gove, recently backed a ban on bee-killing pesticides. This came alongside a pledge of £60,000 in research that would help to protect bee populations with pollinator habitat mapping.

Gove’s move parallels the West’s concerns with declining bee populations. In 2006, North American beekeepers faced a dramatic increase in the disappearances of their western honey bee colonies. Europe faced a similar crisis but to a lesser extent, precipitating a large media frenzy that was afraid that the continued decline of bee populations would cause significant crop shortages.

In the media hysteria, many of the nuances of the colony collapses were lost. The western honey bee (Apis mellifera) is a domesticated species, and is doing fine. These are the bees that are responsible for most of the market’s honey production, and they are nowhere close to being extinct. What people should be worrying about are native wild bees that are not artificially bred or protected by careful human engineering.

Wild native bumblebee populations as well as other wild insects do most of the heavy lifting in terms of pollination. Commercial bees have been selectively bred to efficiently mass produce honey, and so do not always make effective pollinators. This is especially true considering the fact that different bumblebee species have biological traits that have developed over centuries of co-evolution with the specific plants.

For example, the Southern Blueberry Bee has evolved to specialise in buzz pollination. This means that worker bees are able to vibrate their wings, releasing bursts of pollen, which is especially suited to the blueberry’s oddly-shaped flowers. Honey bees do no such thing.

The number of native bees that specialise in the pollination of specific fruits and flowers are plummeting. The UK Biodiversity Indicator, which provides statistical assessments for the range of wildlife populations for pollinating insects, has declined by 13% between 1980 and 2014. 32% of pollinator species became less widespread (10% showed a strong decrease).

Honey bees are not able to pick up the slack for the work many native species are capable of doing. For example, native bees are responsible for 90% of watermelon pollination, and are capable of almost doubling the yields of crops such as tomatoes, apples, and blueberries.

The collapse in biodiversity and native bee populations has a myriad of causes. Domestic wild bees are far more susceptible to the use of pesticides, and the destruction of natural habitats. Reports correlate the fall in wild bees with the change in the UK’s countryside. Homogenised farmland and obsessive landscaping has meant the destruction of natural feeding grounds. Our obsession with intensively managing nature has reduced the richness of local flower species and nesting resources.

Rather than ‘saving the bees’, we need to start thinking about saving some of the bees. Bees that live in managed hives are less threatened, but wild species need to be protected with multi-pronged efforts. Rather than isolated protected zones, biodiversity must be a principle that is applied throughout the entirety of human spaces. Dense urban spaces, parks, and agricultural fields must be designed with co-habitation in mind. Landowners need to promote endangered bee’s required habitat and forage when and where feasible.

Perhaps there is also a larger point to be made. Unsustainable agricultural policy has drained natural ecosystems of their natural vitality and vibrancy. As populations are growing and our consumption is increasing, society needs to re-assess how we define a high standard of living. Currently, we equate the good life with constant and unreasonable abundance: strawberries in the middle of December, mountains of food waste, and hectares dedicated to cultivating livestock. This all puts massive strain on natural resources.

Our desire to artificially control and exploit nature has severed the fragile ties innumerable species have built up over centuries of co-habitation. We need to save the bees, and part of how we do is by making drastic reform of contemporary consumption.