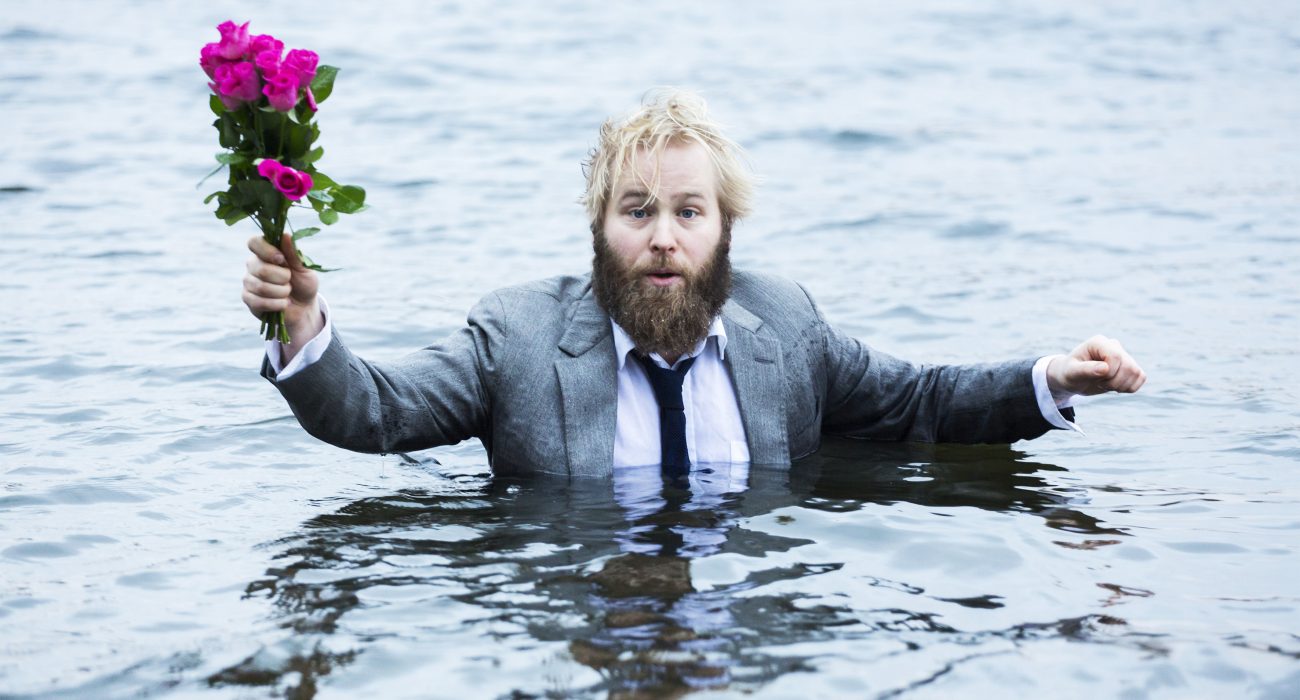 ‘One Hundred Different Words for Love’, performing on its UK tour, is an excellent production. It is a story about love (obviously), loss, and the sheer panic of transporting ten rapidly melting Viennettas across London. The solo piece, written and performed by James Rowland, was an astute exploration of our attitudes towards all the many kinds of love we experience, be that familial, romantic or through friendship.

The structure of the piece was particularly interesting. It loosely followed James’ journey (Viennettas in hand) to his best friends Sarah and Emma’s wedding, yet he would jump in and out of that story with memories and anecdotes from his past relationship with ‘her’. It is commendable that even with this fractured narrative, the piece remained incredibly tight and cohesive.

The real star of the show was the writing. The poetic flow of language threading the piece together managed to be unpretentious and hilariously self-aware, and at one point Rowland even reminded the audience that he knows he is ‘a bit of a wordy shit’. Yet at the same time, the visual metaphors he created, such as the idea that a couple sharing intimacies are being gradually knitted together with a needle and thread, were breathtakingly beautiful. Despite his questionable singing ability, Rowland’s final song ended the piece on a wonderfully high note. It referenced back to these beautiful metaphors used throughout the play and I left the theatre uplifted by Rowland’s final reminder that when you’re in love, ‘the sun isn’t just a star’.

I must praise Rowland more as a writer than a performer. He gave a very charming portrayal of himself; his slightly awkward mannerisms and self-depreciating attitude felt impossible not to like. However, there were a few moments, such as when he began to choke up at a memory of ‘her’, which felt slightly forced. It was disappointing that at these more emotional points Rowland’s performances fell flat. If done well, they would have been the moments that lifted the performance from comfortably entertaining to touchingly poignant.

Overall, I would highly recommend this piece. It is funny, accomplished and heart-warming. Unfortunately, as solo performance is such a popular theatre form currently, this piece didn’t feel particularly ground-breaking. That is not to say it away from my enjoyment of the production. I think that Rowland is an extremely talented writer and with some honing of his performance style, I would be very excited to see what he produces in the future.