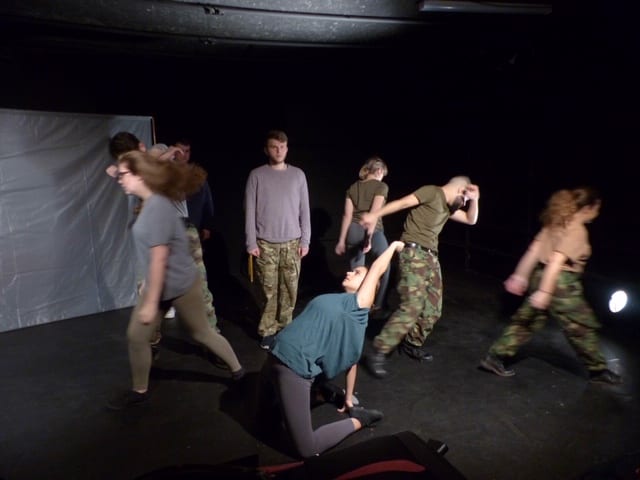 ‘Action Man’ is a captivating play written by Lizzie Morris, returning to Manchester, this time at the 53two. This play tells the story of an army veteran whose life is ruined by PTSD after his eight years of service.

His mental health issues ultimately leave him alone and homeless, cut off from his family and friends. The political engagement oozes out of this play and its relevance is impossible to miss, particularly the recent NHS budget cuts. An impressive debut play by Plaster Cast Theatre, made of University of Manchester students and alumni.

The audience followed Corporal Drury (Mike Moulton) in his training days in the army, as a soldier in Iraq, until at last he is forced to live on the streets. The play was fragmented and cut up by many flashbacks and hallucinations. The portrayal of living with PTSD was cleverly achieved by energetic, robust intervals of physical theatre and dance. A see-through screen at the back of the stage was used to depict Drury’s mind and memories with powerful silhouettes formed by other cast members. The fervently sung soldiers’ songs were a reoccurring theme throughout the play. While at first they fit nicely in with the enthusiasm of the young soldiers, further into the play the cheery songs became increasingly grim and chilling to hear.

It was striking to witness how the enthusiasm for warfare and the army slowly declined into fear. At first, Corporal Drury was a strong presence; loudly bragging and joking with his fellow trainees. In the end, he was completely alone and helpless. Living on the streets where he could only differentiate between being awake and asleep, by the cold contrasting with the fire of his nightmares.

The strongest aspect of this play is its link with reality. In a powerful scene Corporal Drury in vain tried to explain to the social workers of the NHS; in the army the one rule is ‘never leave a man behind’. In the endless circle of Kafkaesque bureaucracy he is neither heard nor helped. Clearly former soldiers are being shuttled from pillar to post.

The change Drury went through in the play was also beautifully portrayed in this relationship with two women. Mandy (Lolly Isaacs), the mother of his children who eventually kicks him out of the house, and his former girlfriend Ella (Ellie Klouda).  The cheerful boyfriend turned into an aggressive man without control over his emotions. In a whirlwind of flashbacks and emotions, the three characters engaged in a dance that alternated between love and frustration. Both women eventually cut ties with Drury until he gets better. If, of course, he does ever does.

‘Action Man’ was stimulating, emotional and its message urgent; it deserves to be experienced by many more audiences! 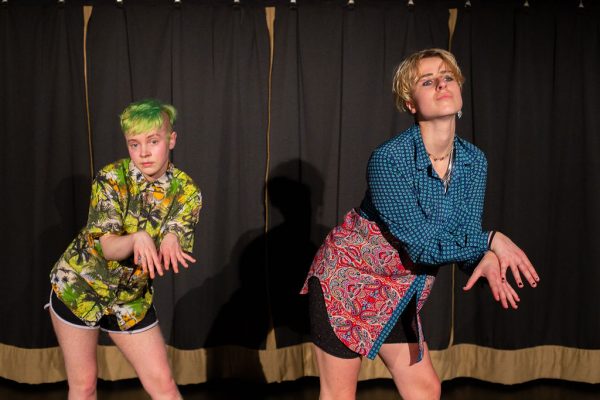 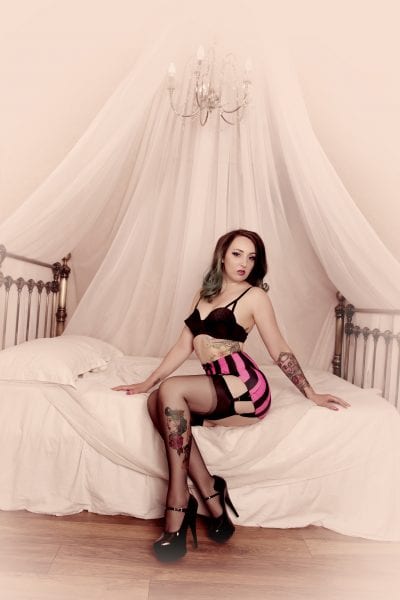