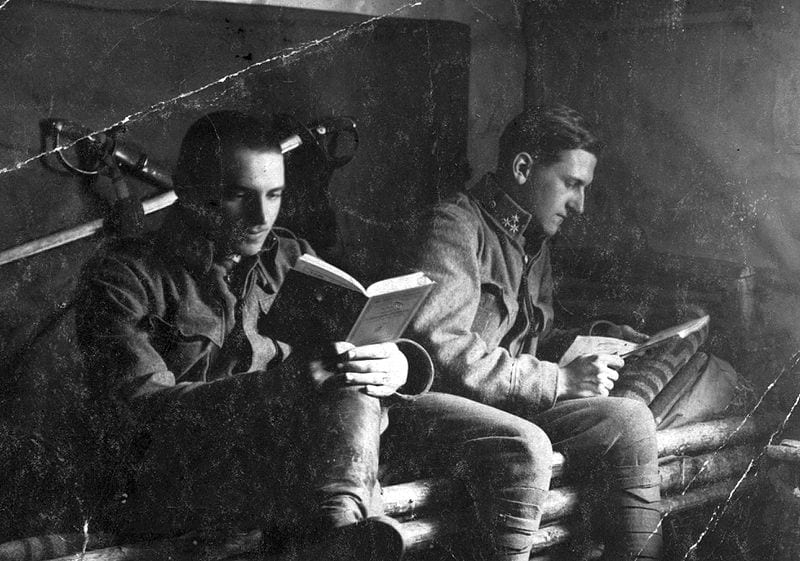 ‘They Shall Not Grow Old”, a quotation from the 1914 poem For the Fallen by Laurence Binyon, contains a bittersweet irony. It has come to mean that the memories of the brave young men killed in World War One will be preserved forever, rendering them immortal in our minds, but can also be read in a rather more tragic light. Very few of these men did live to enjoy old age, making this statement seem far more literal and poignant. It is the gentle voices of these elderly survivors that echo around the cinema walls throughout Peter Jackson’s 2018 film, which shares its title with that eerie quotation.

This transformative documentary is inexplicably powerful. How can something as simple as changing monochrome to multicolour produce such an evocative effect? Sitting through the first half-an-hour, which takes us through the build-up to the war in black and white, you begin to wonder when the footage will fade into colour — if it does at all. Then in an indescribably stirring moment, a young soldier’s eyes brighten from grey into radiant blue, breathing life into a man who seconds ago seemed a figure from the distant past. He stumbles awkwardly through a trench, looking at the camera and then smiles back at his friends. This felt almost as incredulous as time-travel — suddenly this person was not consigned to the early 20th century, and instead was all but as palpable as one alive today. Peter Jackson’s They Shall Not Grow Old has bridged the gap between us and the chasm of 100 years of human history.

The eerie feeling this produces is nearly impossible to describe, and can only be shared with those who witness the spectacle for themselves. What Jackson has provided is a sort of resurrection, which brings an immense gravity to the atmosphere. All the men in this film are dead — every voice (even the veterans) and every face seen can no longer be heard or seen except from the recording. Because of this, watching They Shall Not Grow Old produces a sensation not unlike visiting a graveyard — a grim recognition of duty and pride, but not joy.

However, perhaps this is Peter Jackson’s great success. In creating a feature as revolutionary as this, wielding the great magic of modern technology, the director surely had to be careful not to over-dramatise what he was producing. After all, video footage containing the real dead bodies of fallen men and the real explosions that caused them needed to be engaging, without becoming entertainment. This balance, for a blockbuster cinema director, was achieved reasonably well.

This film above all else presents us with normal men, made different only from those of my own age by an unquestioning instinct towards responsibility and courage: “we just thought there was a job to be done.” Peter Jackson has brought this distant world of immense bravery and hardship abruptly nearer to our own culture of decadence and privilege, perhaps raising the question of whether we should ‘hold our manhoods cheap’, when confronted with the smiling faces of our ancestors, in colour, for the first time.

They Shall Not Grow Old is streaming on BBC iPlayer until Sunday 18th November.