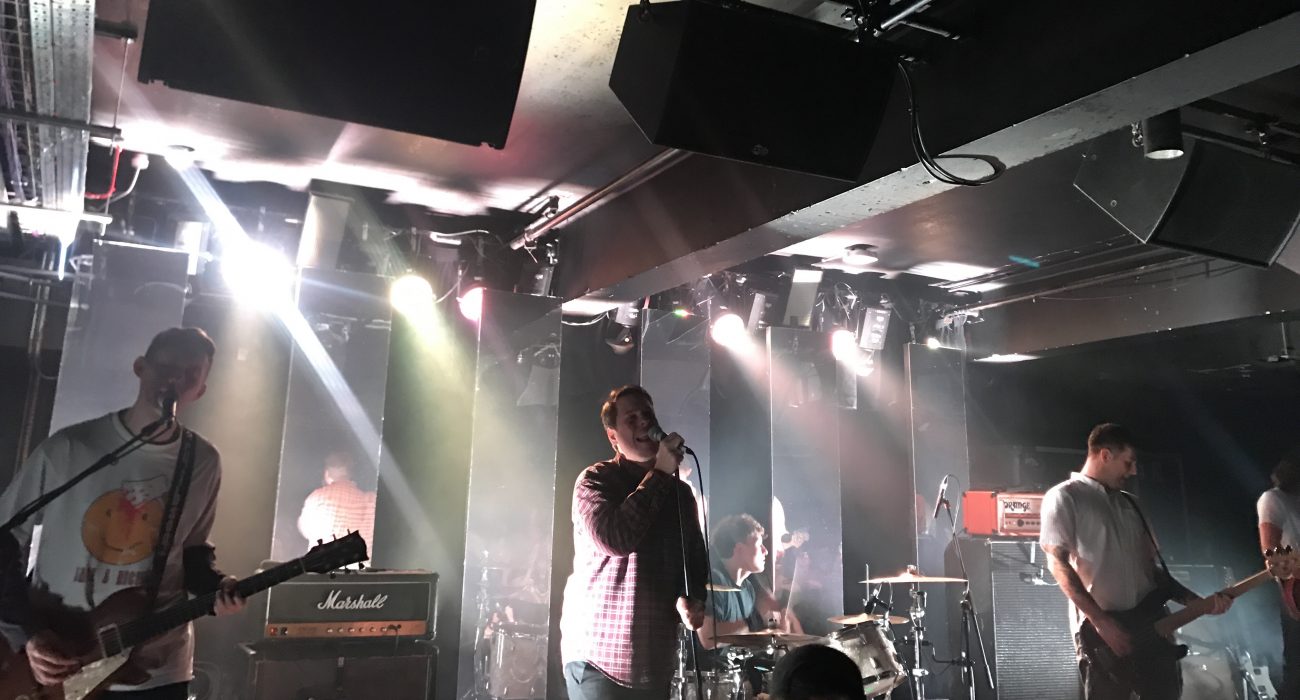 Basement opened a beautiful set at Club Academy on Friday night, an intimate venue for a crowd full of energy and emotion (and emos). Their set opened with ‘Disconnect’, a track lifted from their brand new album Beside Myself. There was a tense atmosphere amongst the crowd, who were reduced almost to silence in anticipation. When the lights on the stage went off however, this hushed agenda was immediately broken, seeing the room roar to life. After listening to their new album for the past two weeks and finding it stunning, I was impressed by this fevered and excited reaction.

The usual mosh pit formed immediately parallel to centre stage, refusing to falter throughout the entire duration of the performance; a level of energy that saw many members of the audience crowd surfing towards the end of the night. As a fan of the new album, I was moved by the amount of new work that Basement performed, done so with such heart and emotion that clearly demonstrated their passion for both live performances, and the new work they had so expertly crafted. The set itself was peppered with new songs and old classics, with firm favourites such as ‘Whole’ and ‘Pine’ from Colourmeinkindness and ‘Brother’s Keeper’ from Promise Everything being warmly received.

Basement’s performance at Club Academy was a sold-out show and it is easy to see why — this is a band that has crafted an emotive brand both lyrically and within their stage presence. It was a solid night, aided by an expertly chosen support act in the form of Joyce Manor who also did a phenomenal job at warming the crowd up. Andrew Fisher, Basement’s frontman, ensured this energy persisted when his band came to play, capturing the hearts of all with his endearing charm and infectious emotion.

The room overflowed with people echoing back lyrics — which clearly had a personal meaning to each member of the crowd — in a sort of “thank you” to the band they have known, and indeed loved, for many years. There was a distinctly hardcore level of energy reverberating within the Academy from start to finish; it was the kind of gig that you leave absolutely drenched from head to toe in sweat but with the warm, comforting feeling of the world having been lifted off of your shoulders.

Basement brought their set to a dramatic close and, of course, the crowd begged and chanted “one more song!” until they returned — acoustic guitar in hand — to sing ‘Changing Lanes’ from their new album, followed by ‘Covet’ (their most famous classic), and ‘Stigmata’.

A big thank you to Basement for a beautiful set and an even more beautiful new album. This is certainly a niche genre and not everyone may enjoy them as much as I did but to any fan of hardcore/melodic punk you need to give Basement a listen — you can thank me later.