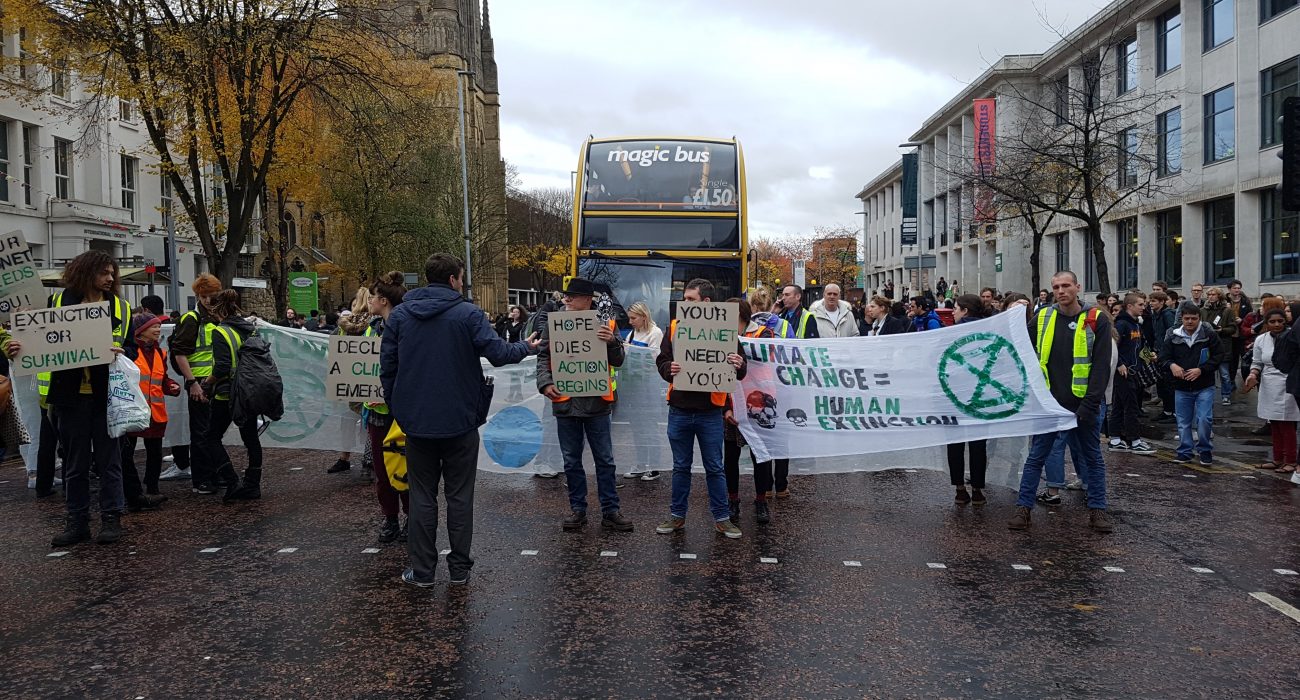 Six women and two men have been charged with allegedly “wilfully obstructing the highway” during the protest, which was held on Saturday, 24th November by campaign group Extinction Rebellion.

Another of the arrested has a connection to the University of Manchester, as Ceri-Beth Miseroy is a resident of the University’s residential campus Oak House in Fallowfield.

Police said that shortly after 3pm they responded to the scene after a number of people had been reported blocking the roads in Manchester.

The roadblock was part of a planned march through the city centre, which also included a “mass die-in” at St Ann’s Square to “mourn all the life we’ve lost, are losing and are still to lose due to climate breakdown”.

Some students told The Mancunion that they supported Haughton’s actions; second-year English and History student Natty Willetts said: “It’s a total waste of precious police time and resources. Distrust in the police is at an all-time high, and this arrest only fuels the fire. By arresting peaceful protestors, the police no longer represent the protection of public safety.

“This arrest is a political statement against the student body. It shows the police force undermining the student body through arresting one of our most senior representatives. It’s a form of censorship.”

However, others, such as second-year Medical Biochemistry student Bradley Brennan, have expressed concerns over the arrest.

Brennan said that he “sympathised with the message of the protest”, but was “very surprised that an exec officer would partake and further get arrested”.

Extinction Rebellion is a campaign by the RisingUP! network, who “aim to promote a fundamental change of our political and economic system to one which maximises well-being and minimises harm”.

Several protests by Extinction Rebellion have also been held in London over the last month, with the BBC reporting more than 60 arrests being made over acts of civil obedience.

All eight of the arrested have been bailed to appear at Manchester magistrates court on January 3rd.